Tegucigalpa. – In multiple complaints known to Criterion.hn and even testified before organizations for the protection of human rights and women’s rights, on social networks, before other media and judicial authorities, sexual violence against girls, young people and women passing through Honduras in transit, even coming from the same agents of state security forces.

In a report by the Women’s Human Rights Observatory of the Center for Women’s Rights (CDM), which presents a trefoil of information gathered from official sources, specifically complaints of sexual violence against Honduran women and girls from January to June 2022.

In this sense, the document shows that from January to June 2022, the Ministry of Public Law (MP) registered a total of 2,232 complaints of sexual violence, of which 1,615 were attacks against women and girls, 446 against men and boys and, in 171 cases, gender of the victim has not been established.

During this same period, 90% of the aggressions registered by the State Department were committed against Hondurans (1,456). However, there are also complaints from people from other countries, that is, girls, youths and migrant and foreign women, from which a total of 158 cases have been collected.

These cases, broken down by nationality, correspond to: 98 cases of sexual violence against Cubans, 33 against Nicaraguans, 13 against Venezuelans, 6 Ecuadorians, 2 Dominicans, 2 Uzbeks, 1 Salvadoran, 1 Guatemalan, 1 Afghan, 1 Chinese and 1 American.

There are many more abuses, but these are the ones that managed to reach the prosecutor’s office, because the majority of women do not file complaints, either because of fear, or because of little trust in the authorities that prosecute the crimes, because of threats and some even because they feel guilty or ashamed.

Center for Women’s Rights (CDM) researcher, Helen Ocampo, said Criterion.hn that “it should be taken into account that all violence against women, the recording that reaches court operators, police stations and the public ministry is less, especially when it comes to cases of sexual violence, because the victims are afraid of being criminalized and tried for the same sexual assault of which they were victims”.

Unfortunately, society’s reaction is to blame them because they start to be questioned and these phrases are put forward that expose things like where they were, how they dressed. For cases of sexual violence from January to June, the data is maintained relative to the previous year (2021).

Every three hours a girl or woman is killed in Honduras based on data from the Ministry of Public Law, but the figure is much higher because there is too much sexual violence that goes unrecorded by justice operators for the various reasons cited in – up.

Ana Ruth Garcia, Ecumenical Coordinator for the Right to Decide, commented before Criterion.hn that “this happens precisely because of the abuse of power that exists in Honduras, which gives way to the vulnerability of women’s rights and the femicides allowed by the state itself.”

There is a very significant record as a result of the communities in the interior of the country – said Garcia – which is more worrying because he pointed out that these cases registered by the Ministry of Public Law are presented only by girls, young people and women who are in urban areas, a scenario that raises questions and concerns about the plight of those who are in places far from access to a judicial institution, and are then cases that are kept silent. 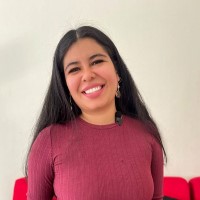 An incorrigible dreamer, in everything I do I am different and authentic, I want to leave a legacy in this career that is neglected and exploited, I protect the vulnerable and I hate injustice. Art, style and nature are part of the book of my life. In writing, I found the peace to survive.