Thousands of people cross the Darien jungle, one of the most dangerous migration crossings on the planet, on their way to the United States, facing unemployment, a depressed economy, little or no regulatory mechanisms, xenophobia, visa requirements and a world food crisis.

The period between January and August 2022 saw a historic record of 102,067 people cross the Darien Gap, according to Panamanian government data. 67% of the migrants are Venezuelan citizens and 15% are children, some unaccompanied.

World Vision conducted an information study and concluded that migrants face threats to their integrity ranging from: contracting infectious and contagious diseases in the jungle, trafficking through coyote networks, sexual abuse and violence accentuated by the presence of illegal armed groups , and hunger and homelessness, given the scarcity of resources for accommodation, food and hydration.

“After the information gathering mission and accompanying the team in Nekokli, I felt the hopelessness of the migrants and especially the girls and boys. They have many fears, from falling into a ravine, attacks by jungle animals and illegal armed groups. The immediate humanitarian response in this territory is urgent,” said Peter Gape, director of the response to the migration crisis in Venezuela at World Vision.

“There are people who rape women and children in the jungle”, “I didn’t like that they robbed my cousin, it hurts me”, “they stole our breakfast money, we asked for money and some food”, “There are crocodiles in the jungle and they pass along the rivers”, are some of the testimonies of children consulted by World Vision about the fears and risks of crossing the jungle.

In this context of danger, 100% of the migrant population consulted believed that girls were the most likely to face risks, followed by boys with 86%. Generally speaking, women with children (27%), solo travelers (18%), pregnant and/or lactating women (23%) are the most vulnerable and at risk along the route, apart from children. elderly people (27%); and people with disabilities (23%).

The elderly migrant population indicates that the needs that need to be met most urgently are food and shelter. “Right now, everyone is homeless on the beach: many have no tents and barely enough for one meal a day.” Most of them don’t have any food, housing… nothing,” says Lina Rueda, a development specialist at World Vision, which is supporting the migration response in Nekokli.

Although the needs identified in the World Vision report reflect the critical situation of the migrant population, as of August 2021 teams of humanitarian organizations are providing support, but their management is overstretched in the face of current need: 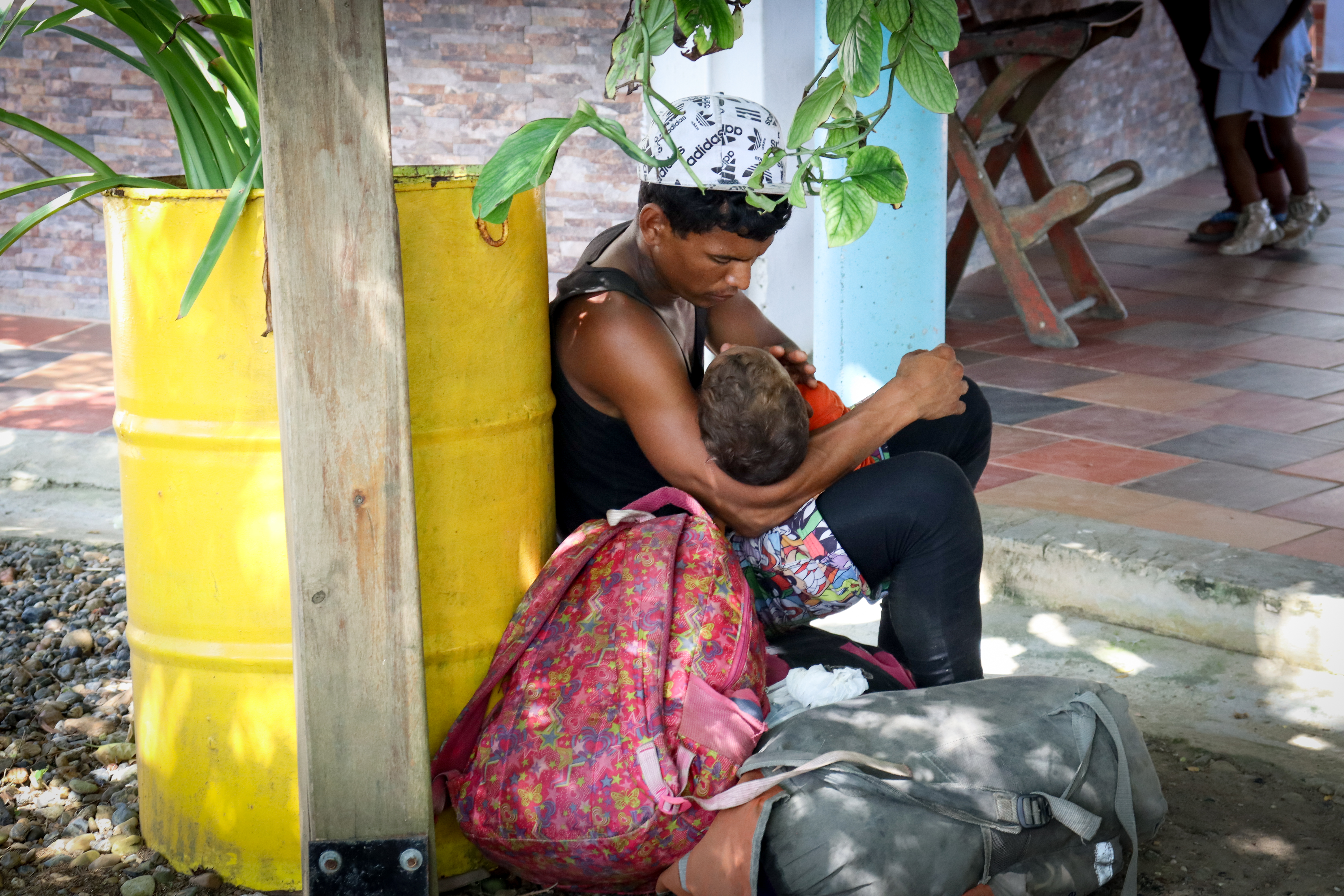 “At World Vision, we are taking care of this emergency situation after the raising of the Nekokli dam, mainly by migrants from Haiti and Africa. A situation that exceeds the capacity of the local government. We carried out actions focused on child protection and contributed to the needs with food, food vouchers, hygiene kits as well as an emergency kit for the jungle tour,” says Roger Serpa, Development Specialist at World Vision.

World Vision is pushing for the installation of safe and secure spaces for children in transit, unaccompanied and effective family identification and reunification strategies. Similarly, it is recommended that action be coordinated and information shared between the countries that build the routes from south to north, so that the decision made by people who wish to migrate is informed and thus prevent them from being victims of trafficking, violence and fraud.

With this report, World Vision warns that as migration flows to the northern hemisphere increase, it is urgent to step up action to ensure comprehensive protection of children and families in situations of mobility. It further calls for political efforts and the allocation of sufficient funds so that countries of origin and reception enable the social, economic and cultural integration of all people to minimize transit through irregular steps.

World Vision is a global development, humanitarian aid and Advocacy (advocacy and mobilization), of Christian principles aimed at helping the most vulnerable girls and boys overcome poverty and experience the fullness of life, without political, religious, racial, ethnic or gender differences. In Colombia, World Vision has had a national presence for 43 years, accompanying the childhood and adolescence of thousands of Colombians, from two approaches: well-being and comprehensive protection with tenderness.

As of 2019, it launched its multi-country response to the Venezuelan migration crisis, Hope Without Borders. By June 2022, the project had served 1,526,521 people, 43% of whom were children and adolescents. The areas covered by the various programs are food security, housing, cash transfers, livelihoods, health services and education; sanitation and water hygiene (WASH), protection and integration services, multi-sectoral assistance and distribution of non-food items (NFI).