The first soccer match I remember as a spectator that wasn’t played by Real Madrid was against a selection of herbivores and carnivores from the jungle. And it was not held at the Bernabeu, but on the island of Nabumbu, a place ruled by intelligent animals. In the box of honor was not Florentino Perez, but Eglantine Price, a novice witch played by Angela Lansbury.

Angela Lansbury died last Tuesday. The news was announced during the match between Real Madrid and Shakhtar Donetsk (so it is possible that the poor woman died of boredom watching the game). It’s always sad to say goodbye to a legend and Angela Lansbury was without a doubt. We are a whole generation of boys and girls in our mid-forties to whom Mrs. Lansbury was something of a spiritual grandmother. Grandma, who was pretty cool because right after she took you on a flying bed ride, she started solving murders in Cabot Cove.

In “The Rookie Witch,” Angela Lansbury plays an English country lady who studies witchcraft in absentia. With this film, Disney tried to repeat the success of “Mary Poppins”. Of course, anyone with a modicum of good taste knows that The Rookie Witch is an infinitely better movie than Mary Poppins, and that Eglantine Price is a far more endearing and lovable character than the pedantic “practically perfect at everything” nanny. ..

Eglantine Price’s Madridism is so undeniable that it doesn’t even require an explanation. Mary Poppins, on the other hand, first became Barca, then Bayern and finally Manchester City; because she—it’s time to reveal the sad truth—whose follower she is is Guardiola, the superguardiolist espialidoso Mary Pep-ins. Pretty much perfect in everything, my friends.

Eglantine Price Also known as Angela Lansbury is a meringue and garretista. When she is not busy with her witchcraft, she climbs into her flying bed, places the magic jack on the headboard, and after turning it a quarter turn to the left, says: “bed, take me to the Santiago Bernabeu to see Vinicius Junior.” And if he meets a lady clutching an umbrella on the way, he sings Décima’s hymn to enrage her.

A few years after playing the role of the novice witch, Angela Lansbury gave what is, in my humble opinion, her best film performance. In 1978, she played Salome Otterborn, the erotomaniac and alcoholic writer in the film Death of the Nile. The script is adapted from Agatha Christie’s novel. With her drunken swings, Angela Lansbury devoured every scene in which she appeared, which must be assessed in a fair way, considering that her colleagues were smart people like Peter Ustinov, David Niven, Maggie Smith, Mia Farrow or Bette Davis.

Lansbury came to Death of the Nile like Luka Modric to Real Madrid: a patch to cover shame, an extra to fill gaps while the stars shine. And like Modric, Angela eventually sweeps them all; so when Miss Otterburn is finally shot in the head before revealing the killer’s name, it’s not the criminal who breathes a sigh of relief, but her colleagues.

Lansbury came to Death of the Nile like Luka Modric to Real Madrid: a patch to cover shame. And like Modric, Angela ended up sweeping them all

The pictures of “Death on the Nile”, by the way, are full of delicious anecdotes. Lansbury shared plans with his then-brother-in-law Peter Ustinov, who played Hercule Poirot. David Niven was in charge as his fellow investigator. It was the first time the latter two had starred in a film, but not the first time they had worked together, as Ustinov had been Niven’s aide-de-camp during the war. The role of Hercule Poirot was previously offered to Albert Finney, who played him brilliantly in Sidney Lumet’s Murder on the Orient Express. He was nominated for an Oscar for this role, at the same time as Al Pacino for The Godfather II. He didn’t win, of course. But not Pacino. In one of those absurd twists that define the Hollywood Academy, the statuette ended up in the hands of Art Carney, a TV actor few remember today. It’s as if in the year Gareth Bale and Cristiano Ronaldo were nominated for Puskas by their Chileans in the Champions League, UEFA gave him the prize for a good goal from, I don’t know, Salah, for example… Oh wait! 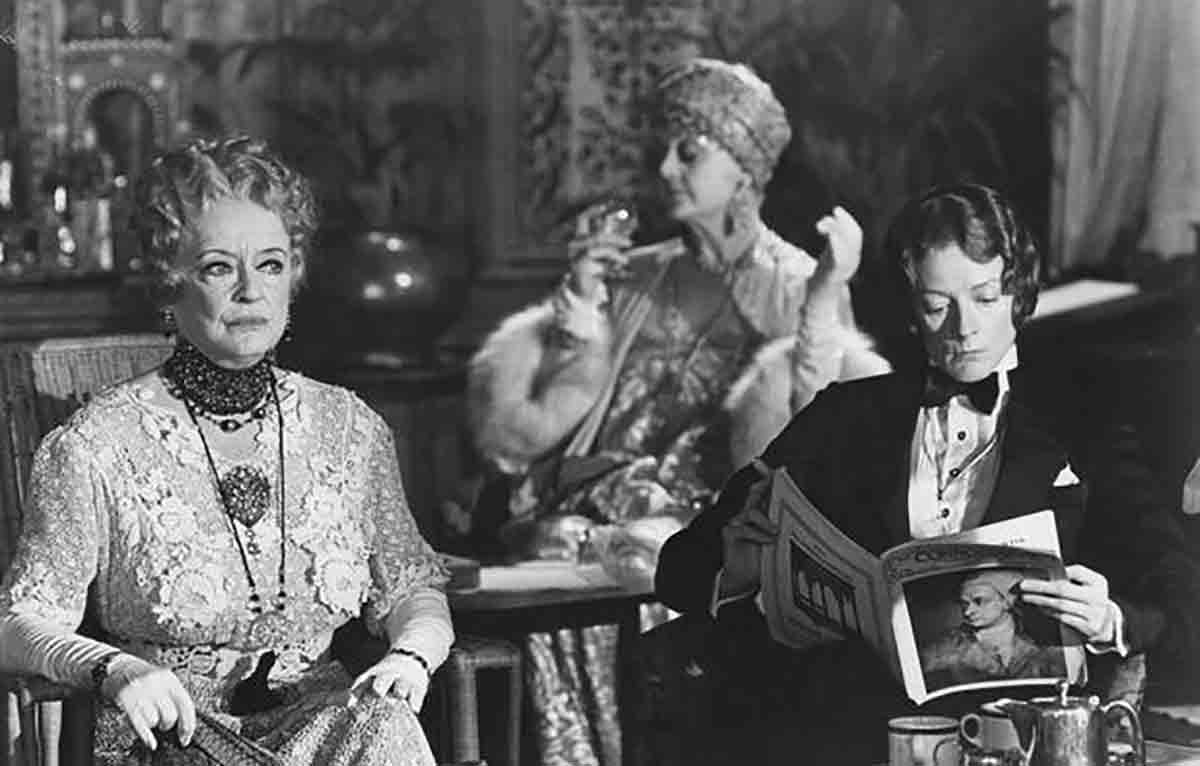 Finney refused to reprise the role of Poirot in “Death on the Nile” because the make-up required was too heavy to withstand in Egypt in 40-degree temperatures. The truth is that the conditions of these photos were not always the best. Angela Lansbury recalled having to share a small cabin with Maggie Smith and Bette Davies, which is like Ronaldo, Bale and Benzema sharing a flat during their BBC glory days.

I loved Murder Wrote. And I neither confirm nor deny that I became a novelist solely because of the desire to solve murders when I reached retirement, like Angela Lansbury’s character in the series. During his many episodes, he ended up dating an unfriendly police officer who, as soon as Mrs. Fletcher appeared, rejected her badly. “Ma’am, you’re not doing anything here, leave it to the professionals.” In the end, Mrs. Fletcher always solved the crime and the policeman had the same face as Ceferin when he had to present a trophy to Real Madrid or Manolo Lama when he sang Gareth’s goal Bale in the final in Kyiv. If they never learn. Neither they nor the police. UEFA will have to remind who Jessica Fletcher is. 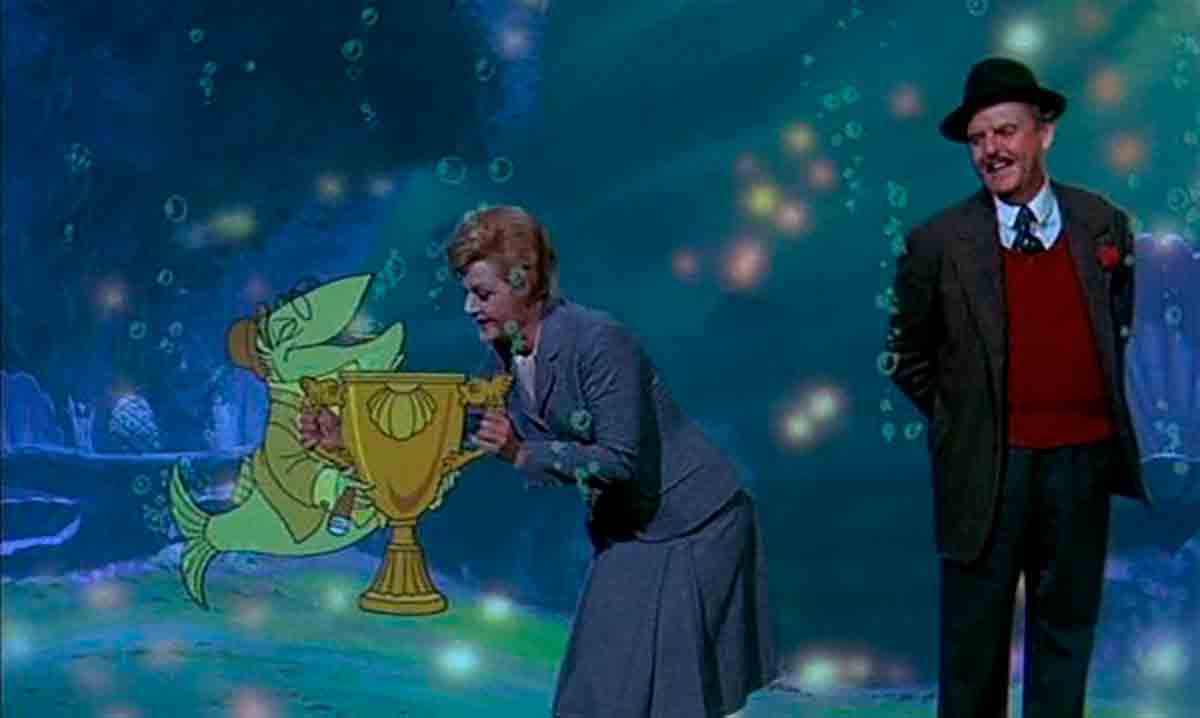 After all, Mrs. Fletcher always solved the crime and the policeman had the same face as Ceferin when he had to deliver a trophy to Real Madrid

In The Rookie Witch, Angela Lansbury/Eglantyne Price discovers the legendary wizard Astoroth’s lost enchantment: A Replacement Movement capable of making inanimate objects take on a life of their own, and perhaps the last resort for Eden Hazard.

After Miss Price manages to master the spell, several evil Nazi soldiers invade the small town of Peppering Eye, where she lives, at night. So Miss Price must use Substitute Movement to save Britain. Casting the spell in a medieval castle, he gives life to a legion of armor from the time of the Crusades, which, animated by a phantasmagorical power, manages to put the most powerful army of its time to flight.

I think about this and it occurs to me that perhaps Ancelotti, like Angela Lansbury, knew the secret of the substitution movement and that it was thanks to this magic that Madrid managed to win the fourteenth European Cup. A Real Madrid made up of ancient weapons, helmets, breastplates and broadswords (Kross, Modric, Benzema…) that were once formidable but that no one believed could stop an army of billionaire sheikhs. However, like Eglantine Price in that old movie, Carletto picked up his broom, said the magic words (“Treguna Mekoides Trecorum Satis Dee”) and Real Madrid went on to beat England and St George’s. Possessed of vicarious locomotion.