This year’s Sundance sensation was Ego (Hatching), a contemporary Finnish horror tale that marks the directorial debut of Hanna Bergholm, who uses bird creature as a metaphor for the repressed emotions and horrors that motherhood holds irresponsibly, but the reason it’s at Sitges 2022 is because the centerpiece has one of the most grotesque creations seen on screen this year.

The film follows Tina (Seery Solalina), a twelve-year-old girl who seems to have been raised as an accessory to her mother’s video blog, her younger brother Mathias (Oiva Olila) and her parents accredited only as mother (Sofia Heikila) and father (Yanni Volanen), manage their entire lives for an online audience and often post videos of their perfect family and their perfect home, for which the entire family lives at the mercy of the mother to maintain the exact illusion she wants to project.

Ilya Rautsi’s screenplay strips this idea down to its bare essentials, never addressing who the mother’s target audience is, whether it’s broad and profitable or perhaps trying to build a following in a sphere of influence she barely manages to scratched. The important thing is how obsessed with her own fantasy of an ideal life and how he tries to project it onto others. Bergholm keeps the blog incognito and makes this abstraction part of the film’s horror and perspective.


The followers are something completely external, invisible, they shape the mother’s life and through her determine how Tina lives, they are an impersonal and formless entity to her who adores her mother and would do anything to please her. But when a particularly sinister event allows her to see her mother’s cruelty, Tinia brings home an egg from the forest and hides it in her room, and as her mother’s behavior becomes increasingly controlling and oppressive, the egg goes wild, growing to enormous size.

The monster as a metaphor

When it hatches as a monster it is clear a reflection of everything Tina could be that her mother would not approve of. If she is slender and elegant, her “pet” Ali, named after a creepy Finnish lullaby, is deformed and repulsive, while she is docile and docile, the chick is lawless and unrestrained, if she is neat and tidy, the creature is slimy and full with imperfections. It is a representative vision of his rebellion and chaos in a very controlled life to the extreme.

The allegory becomes clearer when the girl tries to hide her, she seems to represent the parts of Tina that she fears and hides from her family, but she still consciously raises her, secretly feeds her to let her grow and become more and more terrible, despite that he can foresee that she is heading to dangerous places, continues to protect her, on the one hand he is afraid that she will expose herself and incur the wrath of her mother and at the same time, letting her dark side grow, jealousy and resentment . 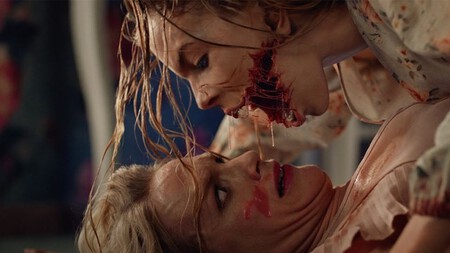 There would be no problem if this were a starting point for the “Ego” to take a course on its own, but the symbolism is so brash and direct that it finally becomes mechanical, predictable and of no particular merit. Perhaps the most interesting thing about the game is when Ali codes the problems of teenage girls growing up, for example when she chews and throws up food, she imitates Tina’s bulimia, or when she leaves blood on the sheets, her father interprets that she has started her period, for her big shame.

“Ego” deals with the themes of the traditional version of double and the myth of the exchange with a surrogate son, with the difference that here he confronts this plot through the legends of Finland. There are virtues, such as this section where the monster is seenwith impressive animatronic effects from supervisor Gustav Högen, who led the creature effects teams for Lucasfilm, in the new Star Wars trilogy, Han Solo and Rogue One.

Lead makeup artist Connor O’Sullivan comes from a similar pedigree, as one half of the Oscar-nominated effects duo that gave Heath Ledger his Joker look in The Dark Knight. Together they make Alli intuitive and realistic, with the rare opportunity for real effects rather than CGI, which may have led to the film being cast in Sitges so late, in a very typical case of hyped up advertising that eventually leads to something good but he doesn’t deserve the disproportionate praise that ultimately ends up playing more against him. 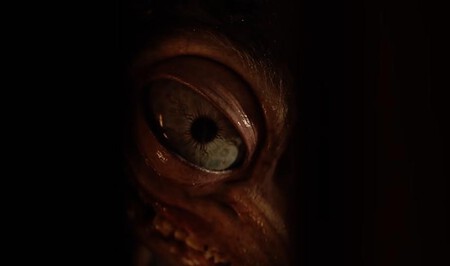 Ego is more of a dark tale than a horror, and works pretty much as a coming of age perverse that shines a spotlight on the expectations women face and the direct way they treat each other from childhood to adulthood. It’s better and scarier than other fortnightly phenomena like The Lamb, but it still plays in the league of somewhat false metaphors where all the achievements of its first part are offset by a much more routine second part and predictable in terms of what it promises, yet a specimen of an unusual genre that lives up to Sitges’ classic rarity that ends up being forgotten after a year.