Skip to content
by omeuoraculo.comPosted onOctober 3, 2022
The minors kicked him out with reprimands

The protests in Iran against morality policing and the use of the Islamic veil has reached schools across the country. In a video that went viral, a group of girls disowned a school official who was forced to resign from the institution.

The scene recorded in Karaj shows the minors with bare hair, without the obligatory hijab in the Islamic regime.

scream They accuse him of having no morals and shame and even throw small objects at him.

The officer backed away from the girls’ noisy onslaught and then left the training center.

Some of the main ones universities of Tehran woke up this Monday with a strong presence of gendarmerie after becoming centers of protests unleashed after the death of Mahsa Amini more than two weeks ago.

Thus, in the universities of Tehran and Amir Kabir, located in the center of the capital, there were dozens of riot gear and police vans to prevent protests of Amini’s death on September 16 after being arrested by the morals police for improperly wearing the veil.

Clashes with police in Tehran (via Reuters)

Neighboring areas also showed a heavy riot police presence, with officers on post, such as Enghelab Street or the Hafez and College bridges.

This measure comes after last night’s Heavy clashes at the prestigious Sharif University of Technology, who today decided to suspend face-to-face classes and focus on online learning. “Shots were heard around the university. The situation is dangerous, do not leave the university, ”said the newspaper of the study center on its social networks last night.

The demonstration began in the early afternoon, and hours later a contingent of security forces showed up, out of uniform, in vans, leading to clashes, according to the university media story.

This was announced by the university on Monday 36 students were arrested, of which 29 were released and six sent to Evin prison in Tehran. Despite the security measures, protests were held today in some universities in the country in support of Sharif’s students. 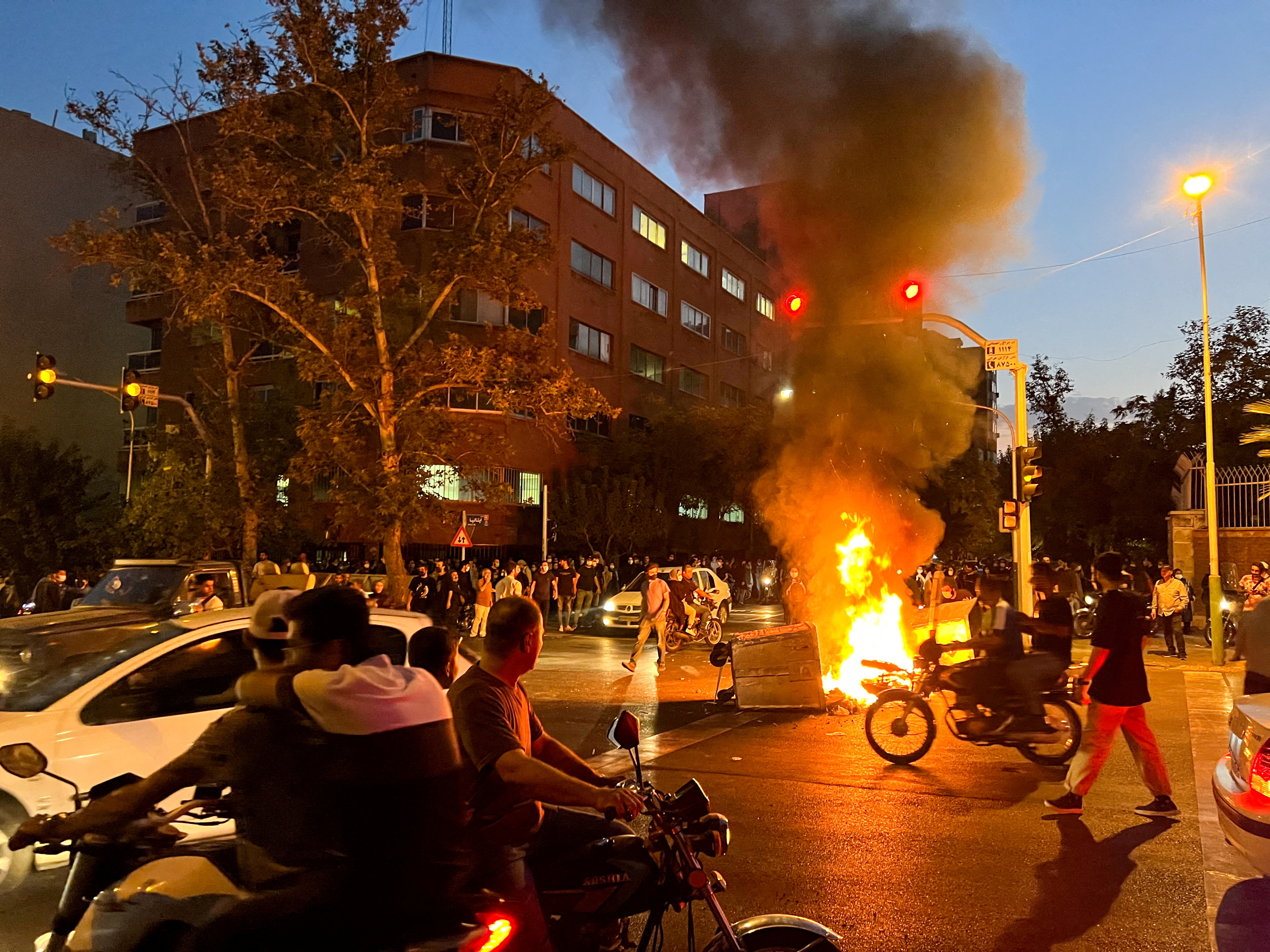 Iranian universities reopened last Saturday after a week of no face-to-face classes, with only virtual classes, one of the measures taken by the authorities to stop protests by young Iranians, along with cuts to internet services.

But that Saturday, protests returned to several of the centers as was the case at Allame Tabatabai University in Tehran, where students demanded the release of some classmates who had been detained days before.

But in other centers women removed and waved their veilsaccording to unconfirmed videos shared by activists chanting “We don’t want the Islamic Republic,” protests that continued on Sunday.

At another major university center, students protested outdoors, stamping their feet on the ground and raising their fists in the air, in peaceful mobilizations, calling for a change in the system, he told the agency. EFE educational source, who preferred to remain anonymous.

These protests are taking place in the third week of the mobilization, which, although it took to the streets, has moved to other places.

Police quelled the mobilization with batons, tear gas, water cannons and, according to the UN, live ammunition.

Mobile networks are cut in the afternoon and evening to control the protests, while fixed internet is very slow.

Iranian state television said more than a week ago that 41 people had died, but the Oslo-based NGO Iran Human Rights put the figure at 92.

(With information from EFE)