Changes in daily life, schedules and Eating habbits they lead to an average gain of two to three kilograms between July and August. These are months in which, especially during the holidays, alcohol consumption increases, people eat out more and more often and indulge in treats in the form of ice cream, sweets or sodas. In addition, about 30% of people exercise less.

so when it comes September and returning to the routine, there are not a few people who want to quickly get rid of extra pounds. Then come the calls “miracle diets”which are not only not good for your health, but can also cause the so-called “rebound effect”.

Most of these types of diets are characterized by intake of low in calories for several days or weeks that cause sudden weight loss, endangering our health. Some of the most common are, as the experts at Nutritienda.com explain, hypocaloric, one-food, exclusive, so-called “blood type” or hyperprotein. Let’s see the characteristics of each of them:

Low-calorie diets imply intake of 500 kcal or even less, distributed throughout the day. Its effects are very harmful to health (weakens the immune system and increases the chances of getting sick) if maintained for a long period of time. In fact, experts say that it is difficult to consume all the nutrients that are needed in a diet that includes less than 1300 kcal (from healthy foods) per day.

She is famous for following singer Adele to lose weight. It is characterized by being a hypocaloric regime, which is also accompanied by exercise and which, as a distinguishing feature, includes the predominance of foods that stimulate the formation of sirtuins. Sirtuins are proteins present in cells that have enzymatic activity, according to Dr. Domingo Carrera, a nutritionist at the Medical-Surgical Center for Digestive Diseases (CMED). The diet has three phases: the first is for three days, and during that time period, 1,000 calories are eaten, spread over solid food and three vegetable shakes. In the second phase, the calories are increased to 1500 and other solid food is added, but the shakes are kept. In the third phase, which is maintenance, calories are increased to 1,800 and a third solid meal is added, which also maintains the shakes. Since this is a hypocaloric diet during the first phase, it is common to lose muscle and feel weak, dizzy, hair loss, dry skin or brittle nails

They are based on a specific food, from chicken to egg, passing through those that immediately become fashionable, which are those based on vegetables or fruits such as apples, artichokes or pineapples, which can cause a nutritional deficiency. This type of diet can cause deficiency states and even lead to anemia, intestinal problems, irritability, hair loss and weakened nails, dry skin and anxiety.

In this type of diet, a group such as carbohydrates is excluded, without distinguishing between those that are more or less adequate. What happens with this formula is that bad cholesterol increases and other nutrients associated with carbohydrates from fruit or whole grains, such as fiber, vitamins and minerals, are lost.

It’s unbelievable, but it’s a fact. There is still a perception that you should eat certain foods depending on the blood type you belong to, so those with type O should eat meat and avoid dairy, those with A should avoid meat and eat more fish, and those with group B will hardly have any restrictions. However, this formula has no scientific basis and is not something that should be followed.

It consists of eating all the proteins you want, avoiding carbohydrates and even, in the most radical versions, it is also suggested to eliminate vegetables and fruits. Weight is lost quickly because protein fills you up and your body gets energy by burning stored fat. That is, the body goes into ketosis. However, the body tends to dehydrate and the bones can become decalcified. In addition, kidney stones can appear and due to the increased consumption of purines there is a risk of diseases such as gout. Kidney, liver and endocrine functions also change, resulting in hormonal change.

For his part, Dr. Carlos Jaramillo, a functional physician, expert in metabolism, nutrition, and biochemistry, and author of the “How To” guide, adds these two diets that also seem dangerous:

“If it fits your macros diet

Or “while in your macros”. This means that a person can eat any type of carbohydrate, fat or protein as long as they are within their macros. What you can do is two people eat the same amount of calories, the same amount of macros, but one eats good quality protein, fat and carbs and the other eats sugars with anti-inflammatory oils and low quality protein, believe they are doing the same thing. when they are not. This is a mistake and it is dangerous.

It is a form of eating disorder that causes people to cover up the anxiety disorder under supposed knowledge, perfection, guidance and perfect, strict and precise food management. The problem is that they can become strict and radical with any of the formulas they adopt, that is, if it’s veganism, they do it in its most radical version, if it’s vegetarianism, the exact same thing happens, and if they choose ketogenic diets, they behave the same way either in a super strict macro balance or in a strict caloric deficit.

Change your diet for better habits

One of the keys to knowing whether or not a diet is right for us is asking ourselves if we could sustain this type of diet long-term, not only without health risks, but also find ourselves energized and in good shape. If the answer is no, it is more than likely that this dietary approach is not appropriate.

If you want to lose weight, the first thing you should do is run away from any quick and miraculous method that guarantees you will achieve your goals in a short time. “The main thing is to go back to our previous habits, in case they were healthy, and otherwise leave ourselves in the hands of a nutritionist-nutritionist who helps us and teaches us to have a healthy diet,” explains Miguel López, nutritionist-nutritionist and researcher at the Food Science Research Institute (CIAL). Also, don’t forget the importance of exercise, ideally guided by a professional, so that it suits us as best as possible. “Rest is also essential. In this sense, maintaining good sleep hygiene is essential for achieving improvement in body composition and mental health,” he concludes.

In short, any “miracle diet” is harmful to health not only because of the “rebound effect” it generates, but also because it can cause serious health problems such as muscle loss, effects on bone health, hormonal changes, liver problems and kidneys, increased stress and anxiety, increased likelihood of suffering from cardiovascular disease, may even be a prelude to suffering fromeating disorders and many other problems caused by fluctuations in weight in such a short time and lack of nutrients

Look at them
comments

take it with offer plan 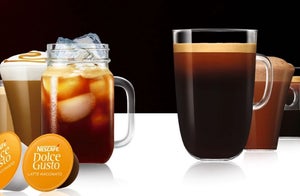