Skip to content
by omeuoraculo.comPosted onOctober 3, 2022
Over 12,000 children and young people in the capital will benefit from these eight new schools. Photo via educacionbogota.edu.co

From on district secretary of education the task of supplying eight official schools was announced In October this within educational infrastructure projects lwhich had an estimated investment of 2.593 billion pesos which seeks to reflect Bogotá City Hall’s commitment to public education in the city.

The administration of Claudia Lopez will reach the key points of the delivery territory for the new schoolsextended or restored in these communities of girls, boys and young people in the city to enhance the skills, abilities and talents of these new students.

This marathon task will come in handy more than 12,000 students from the cities of Ciudad Bolivar, San CristobalBosa, Engativá and Antonio Nariño, in the southern zone of Bogotá, which, according to the same administration, is the greatest demand for school places in the history of the city. Likewise, most of these schools are part of the Open Enrollment Season offering that takes place and which will serve these students from 2023.

As for the schools to be supplied During the month in the city of Ciudad Bolivar, the Angela Restrepo Moreno School will receive approximately 1120 girls, boys and young people from the south of the capital, in the same way the Guillermo León Valencia school will completely improve the conditions and school spaces of 720 students in the city of Antonio Narinho.

On the other hand, the city of Engativá will receive two new educational institutions: the Laureano Gómez school, which underwent restitution, which began its work in 2022, benefiting 1570 students and the new Abel Rodríguez Céspedes School, which will serve 1,040 new students.

The seventh city of Bosa, it is one of the areas with the largest quota deficitwill include the grand opening of the Esmeralda Arboleda Cadavid, Laura Herrera de Varela and Ciudadela el Recreo Sonia Osorio Saint-Malo schools, which will contribute to the opening of 7280 places southwest of Bogotá. 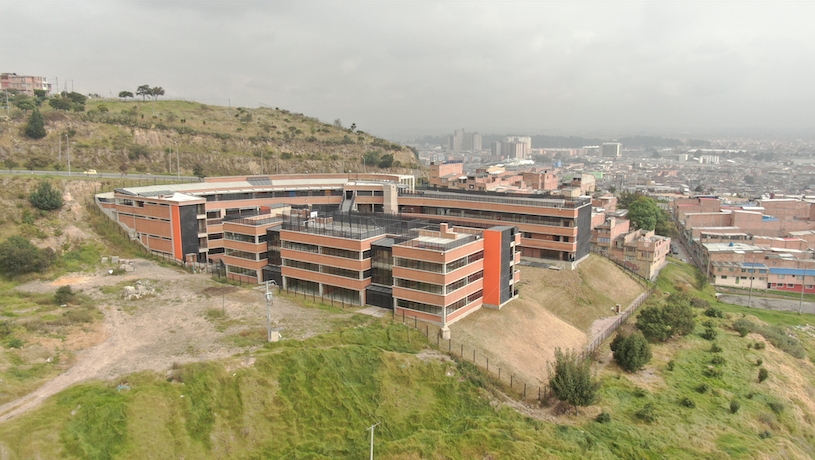 To date, twelve educational centers have been opened, of which two are for early childhood. Photo via educacionbogota.edu.co

The Gloria Valencia School in Castano, southeast of Bogotá, which is on the property of Santa Teresita will accept 1040 students who will be able to enjoy spaces for growth and knowledge such as school gardens, multiple playgrounds, library, bicycle parking, open spaces, playground and more.

In particular these educational infrastructures have contributed fundamentally with the economic reopening of the city generating a approximately 900 formal jobs over the past two and a half years. In addition to the eight schools that will be opened in the coming weeks, another 15 places are under construction and another five will start their work, finally 14 schools are in design and 7 in architectural competitions.

As forthe largest investment in educational infrastructure in the history of Bogotá, The district government has allocated a budget for the construction, restoration, improvement and expansion of the city’s official schools. To date, the total proposed investment is 2.6 billion pesos, including debt quota resources.

The original goal of the Claudia Lopez administration was to achieve a total of 35 rebuilt or new schoolsthe district analyzed the needs of the city and this led to the design and construction of 70 new education centers delivered or put into operation.

Finally, Bogotá City Hall and the Ministry of Education are carrying out renovation and improvement activities in 100% of the current educational facilities. To date, 574 interventions have been carried out in 367 educational institutions.

There are more than 150 abandoned elderly people in Bogotá, condemns an adviser to the Democratic Center
There is still time to register for free SENA entrepreneurship virtual courses
Venezuelan students: find out about the requirements to access school quotas in Bogotá