Skip to content
by omeuoraculo.comPosted onOctober 2, 2022
Each year, more than 15,000 cases of colon cancer are diagnosed in Argentina (Getty Images)

Cancer kills. Oncological diseases are the main cause of mortality in the worldHowever, in the face of this unforgiving reality, the encouraging news is that some cancers show signs up to a decade before they develop, and this time period is essential for diagnosing them, starting treatment and saving lives.

The colon cancer It develops in the colon, made up of the colon and rectum, which is why it is also known as colorectal cancer (CRC). in Argentina, It is the second leading cause of death from malignant tumors in both sexes after lung cancer.. It causes 8,500 deaths per year, i.e 22 deaths per dayand most can be prevented.

Colorectal cancer has no gender distinction, affecting both men and women. More than 15,000 new cases are diagnosed annuallybut what not everyone knows is that more 90% of cases can be prevented if control is carried out in time. 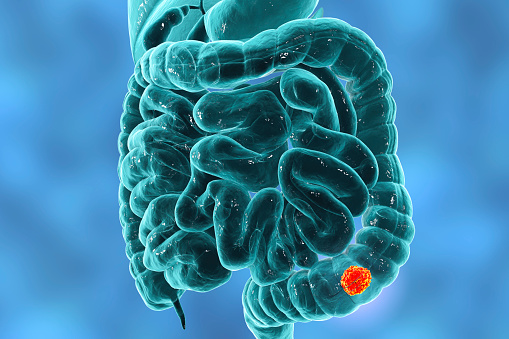 In an exclusive dialogue with Infobae, the famous doctor Luis Caro, leading gastroenterologist in the region and director of the digestive endoscopy program at the University of Buenos Aires (UBA) and president of the Gedyt Foundation (Diagnostic and Therapeutic Gastroenterology) emphasized the importance of preventive medical examinations.

Unlike other more aggressive and rapidly progressing types of cancer, colon cancer has a slow evolution, the first nonmalignant precursor lesions may appear up to 10 to 15 years earlier of cancer formation. A window of time that, thanks to preventive medicine, allows save thousands of lives.

“This kind of cancer is asymptomatic in its first phase, so consultation with a doctor and control tests are essential. It’s also very preventable It is preceded by precursor lesions that, if detected and treated in time, do not turn into tumors,” explained Dr. Caro.. 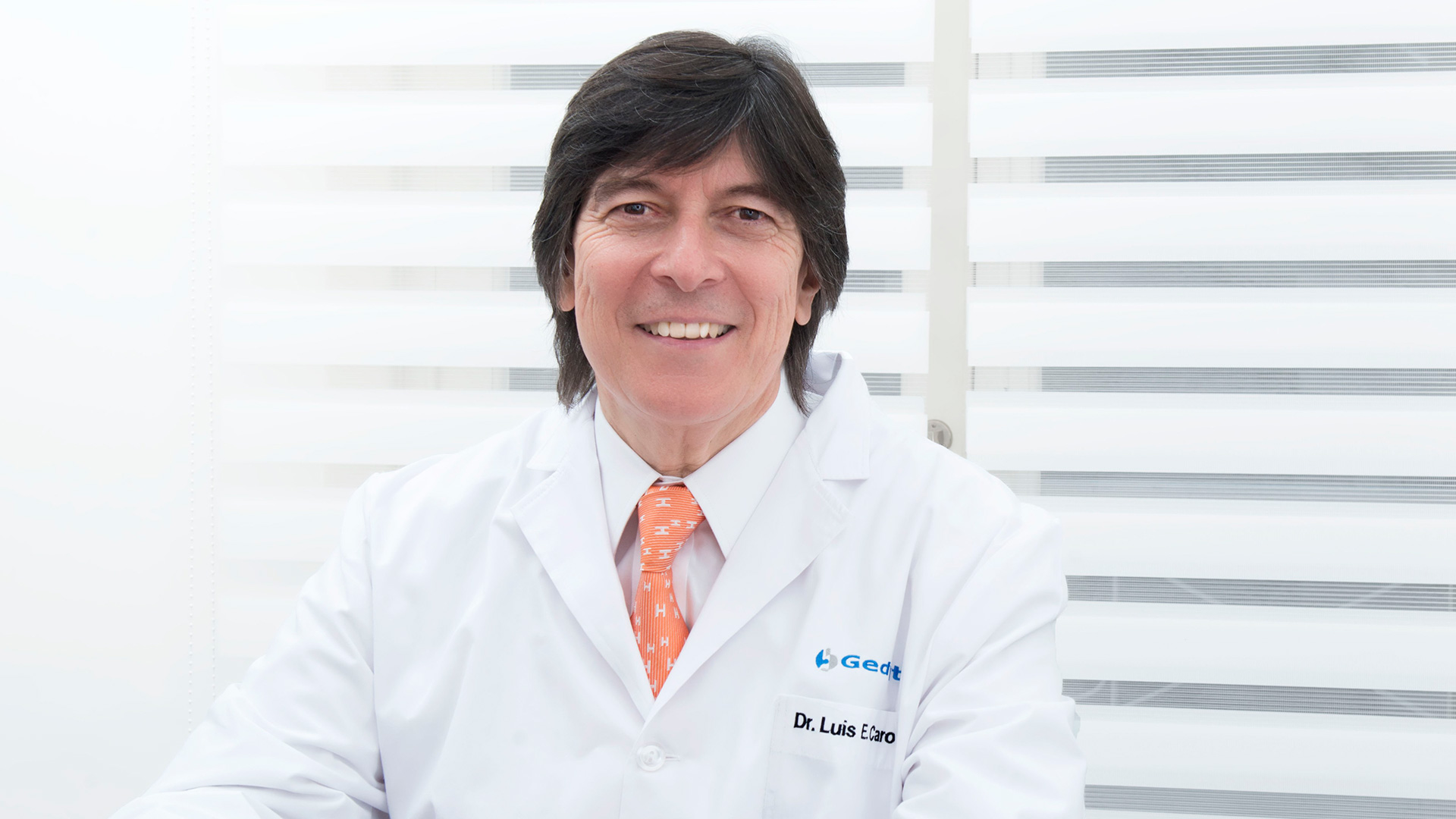 The gastroenterologist Luis Caro is a benchmark in Latin America, he chairs the Gedyt Foundation and directs the digestive endoscopy course at the University of Buenos Aires (UBA)

More than 80% of CRC cases arise from a polyp, an abnormal growth of cells on the inner wall of the colon. Polyps have no symptoms and tend to grow slowly, so if not detected and removed in time, they can turn into cancer.

Doctor Caro, who is Latin America President of Colon Cancer Screening at the World Endoscopy Association (WEO)told Infobae the compelling figures: “By delaying diagnosis and surgery, the risk of dying from colon cancer increases by 6% every 4 weeks. Similar delays in adjuvant chemotherapy for colorectal cancer increased the risk of mortality by 13%.

“Unlike other types of cancer, such as pancreatic cancer, which when detected because of symptoms are already very advanced, in the case of colon cancer, if symptoms appear, colonoscopyand if it is within range of a colonoscopy to resolve it, which happens in 80% of cases, it can I allow“, the specialist pointed out. 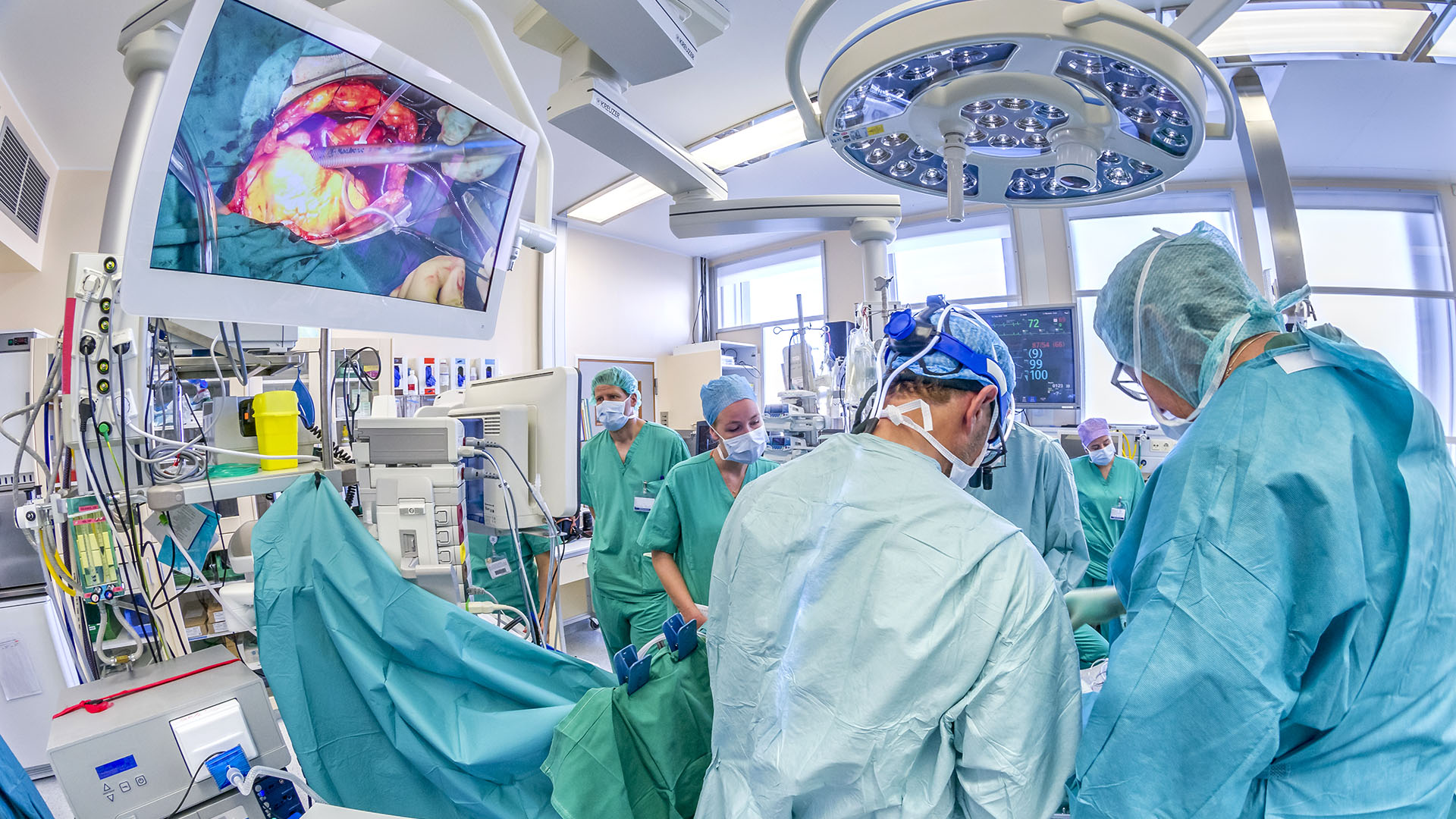 Although it is the second deadliest cancer in Argentina, this reality can be changed: “More than 95% of colon cancer cases can be cured with surgery. and ultimately, in the remaining 5% of cases, other treatments, such as chemotherapy or radiation therapy, will need to be considered,” noted Dr. Caro.

There are various strategies to control this disease, primarily promoting a healthy life style (consumption of fiber in the diet, regular physical activity, avoiding cigarettes and alcohol and maintaining a healthy weight).

Second, on screening of the general population using the faecal immunological test (FIT) in the age group of 50 to 75 years, this instrument of prophylaxis is done with a fecal occult blood test and if this test is positive, it is supplemented with a video colonoscopy high quality. 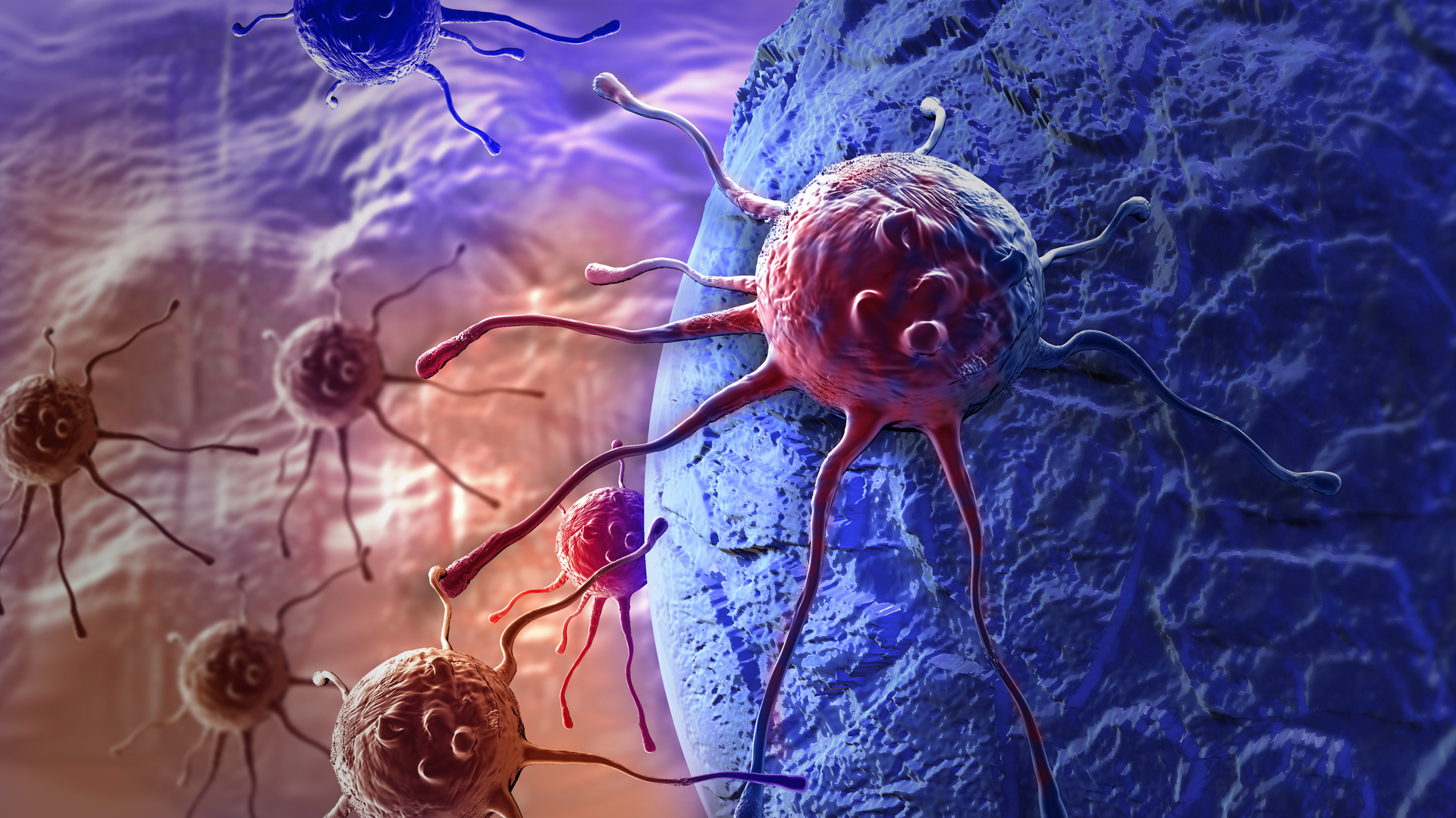 In Argentina, colon cancer is the second leading cause of death from malignant tumors in both sexes after lung cancer (Getty)

As for FIT It is a method which, being more precisely, improved the technique of the old stool blood test. The results of the old tests gave a lot false positives because it measures iron levels, which can be affected by multiple variables: hemorrhoids, bleeding when brushing your teeth, or eating foods high in iron before taking the test.

Instead, Dr. Caro explained that “the new FIT test measures human hemoglobin, the blood, which is already beginning to metabolize, that is why neither bleeding when brushing the teeth, nor an ulcer or gastritis will affect a false positive result, since the test identifies undegraded human hemoglobin”. For this reason, this test, whose application in Argentina is very recent, is much more effective in identifying tumor precursor lesions.

The FIT allows detection of potential diagnoses and is an essential tool of preventive medicinejust as women should have regular gynecological examinations, this preventive examination detects cases at an early stage, before the cancer has advanced. 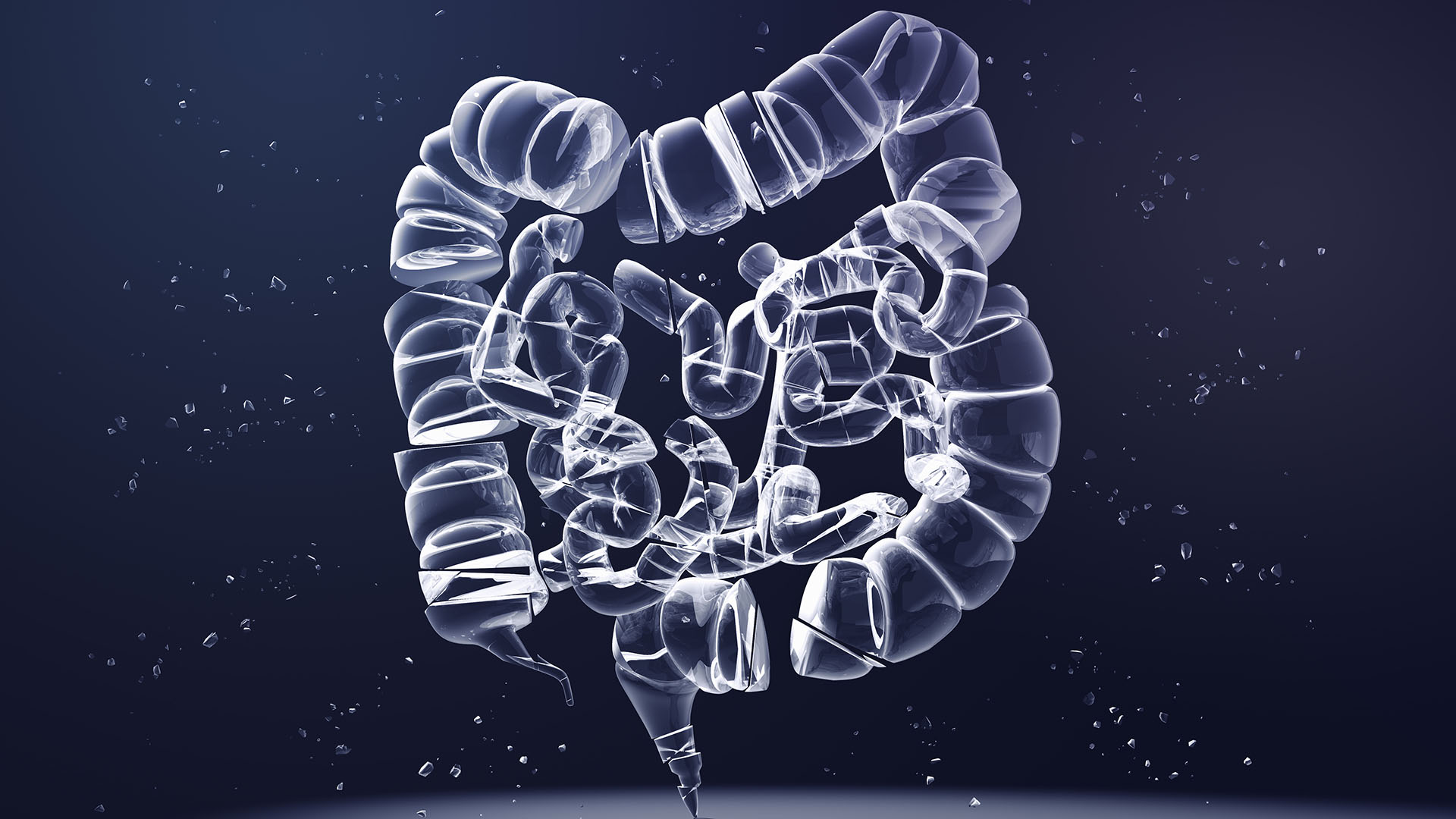 By delaying diagnosis and surgery, the risk of dying from colon cancer increases by 6% every 4 weeks (Getty)

In case of a positive FIT, the patient should be referred for further colonoscopy. If there are pathological findings at colonoscopy, treatment will be individualized according to the pathology. Of the total number of people undergoing FIT, it is estimated that 10% need to undergo a colonoscopy.

Despite the fact that medical guidelines indicate that between the ages of 50 and 75 all people, even if they do not have symptoms, should undergo preventive examinations, – and those people with a family burden or an increased risk of related pathologies should start their examinations at -early- . Dr. Caro emphasized this Currently, very few people are undergoing the necessary examinations, and with the pandemic this has worsened.

This was emphasized by the president of the Gedyt Foundation In Argentina, only 30% of the population performs preventive examinations, which are recommended after the age of 50.. This means that 70% of Argentines do not comply with the prevention tests that can identify stages before colon cancer a few years ago. 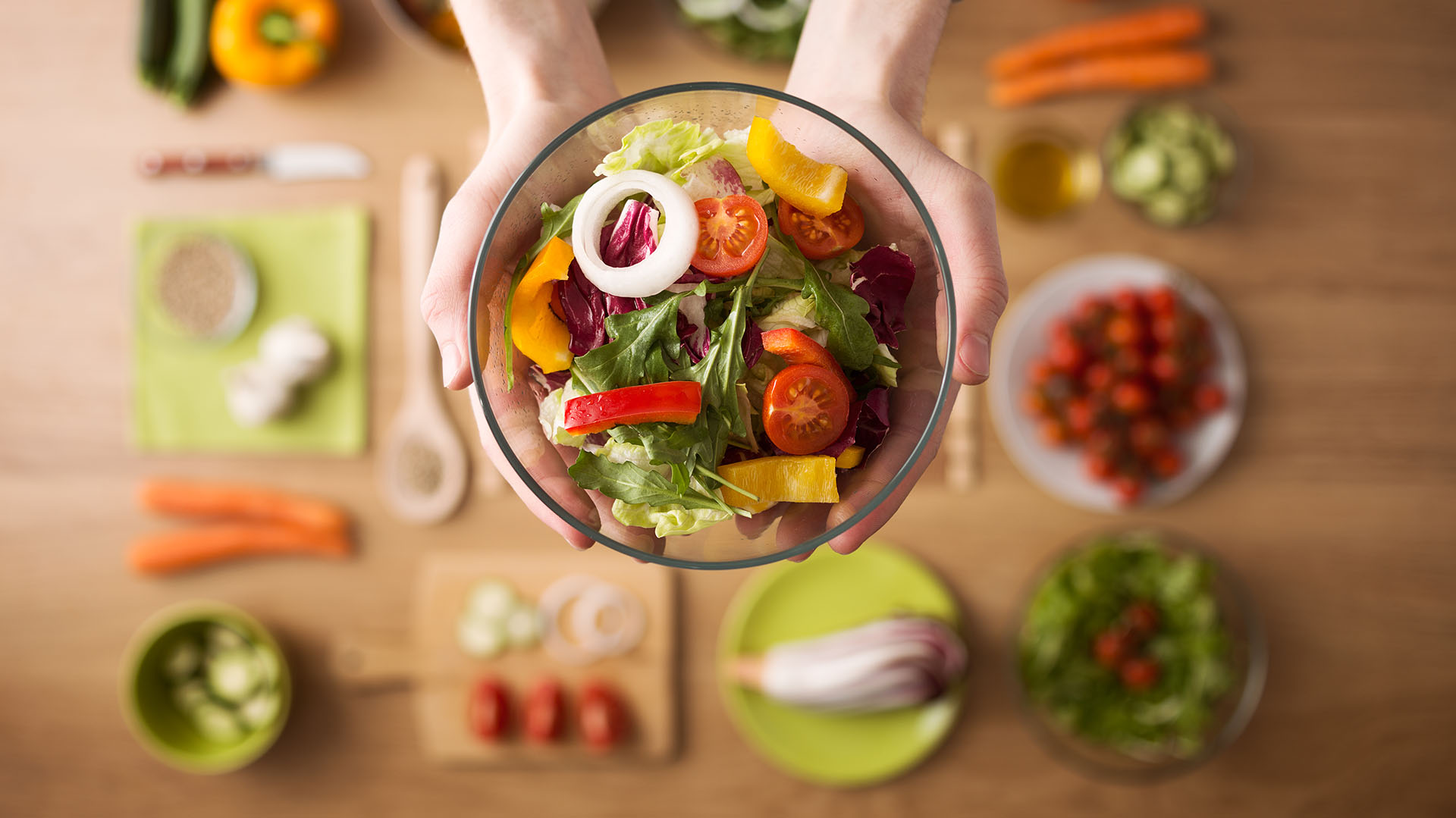 To prevent these oncological diseases, it is recommended to follow a balanced diet with a high fiber content (Getty)

Colorectal cancer is the fourth most common cancer in the Americas region. Each year, there are more than 240,000 new cases and approximately 112,000 deaths due to this disease, according to estimates by the Pan American Health Organization (PAHO).

Doctor Caro, who is permanent secretary of the Inter-American Society of Digestive Endoscopynoted that “Argentina and Uruguay are two of the countries most affected by this disease in all of Latin America and one of the most important in the world”.

A healthy lifestyle is the first step in cancer prevention. Among Dr. Caro’s recommendations, it is important to try not to be stuck, to perform physical activity on a regular basis, such as walking or cycling; keep a balanced diet and include fiber in meals through generous servings of fruits, vegetables, and greens, whether water-soluble fiber (pumpkin, squash, carrots) or water-insoluble fiber (chard, spinach, etc.). 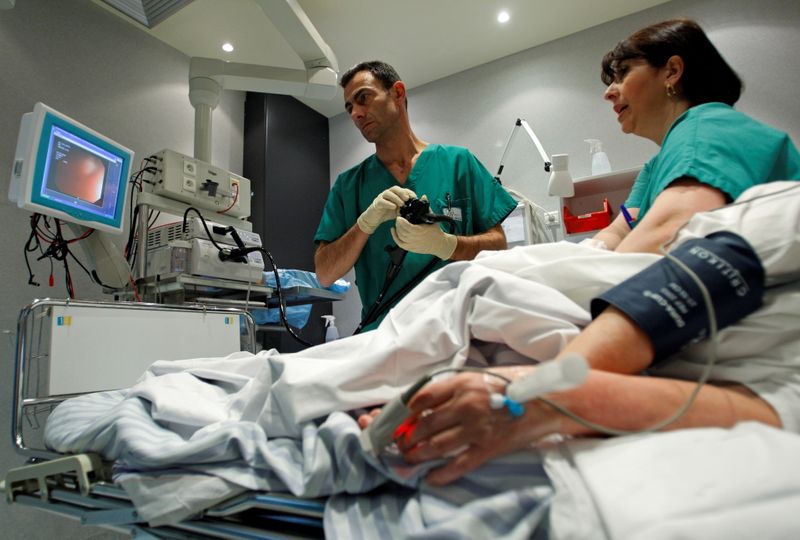 “More than 95% of colon cancer cases can be cured with surgery and ultimately, in the remaining 5% of cases, other treatments such as chemotherapy or radiotherapy will need to be considered,” said Dr Caro.

“This does not mean that one has to become a vegan or a vegetarian, can you eat red or white meat. It is essential that have no abuse of consumption neither from the meats, nor from the cans, etc ultra-processed foods, especially the latter, which affect not only colon cancer, but others as well metabolic problems such as diabetes or cholesterol“, the specialist pointed out.

“The great Master Doctor of Nutrition, Dr. Pedro Escudero, creator of the first National Institute of Nutrition in Argentina, always said that the diet had to be CASA (Complete, Adequate, Sufficient and Harmonious) and it’s a concept I like to come back to to make clear how we should eat,” said Dr. Caro.

In an age marked by the quest for longevity, experts warn that preventive studies are essential to living longer and better. In conclusion, the specialist from the Gedyt Foundation emphasized: “It is important to understand that the execution adequate control affects the incidence and mortality of colon cancer, For this reason, regular consultations with a gastroenterologist or family doctor provide the necessary means to prevent this disease.

Guide to studies to prevent colon cancer, the second most common in Argentina
Simple and painless: how colon cancer can be detected early to stop its development
Blue Night, a charity gala that seeks to raise awareness against colon cancer