Skip to content
by omeuoraculo.comPosted onOctober 1, 2022
The sexual violence experienced by children and adolescents in Mexico is serious, as experts from the Early Institute warned in an interview with Infobae Mexico. (Image: Infobae Mexico / Jovani Pérez Silva)

today more than ever childhood in Mexico and around the world is exposed to many dangersnot only on the street, but even in their family environment.

One of these risks, which is growing alarmingly, is that borne by children and adolescents What do they use Internet. 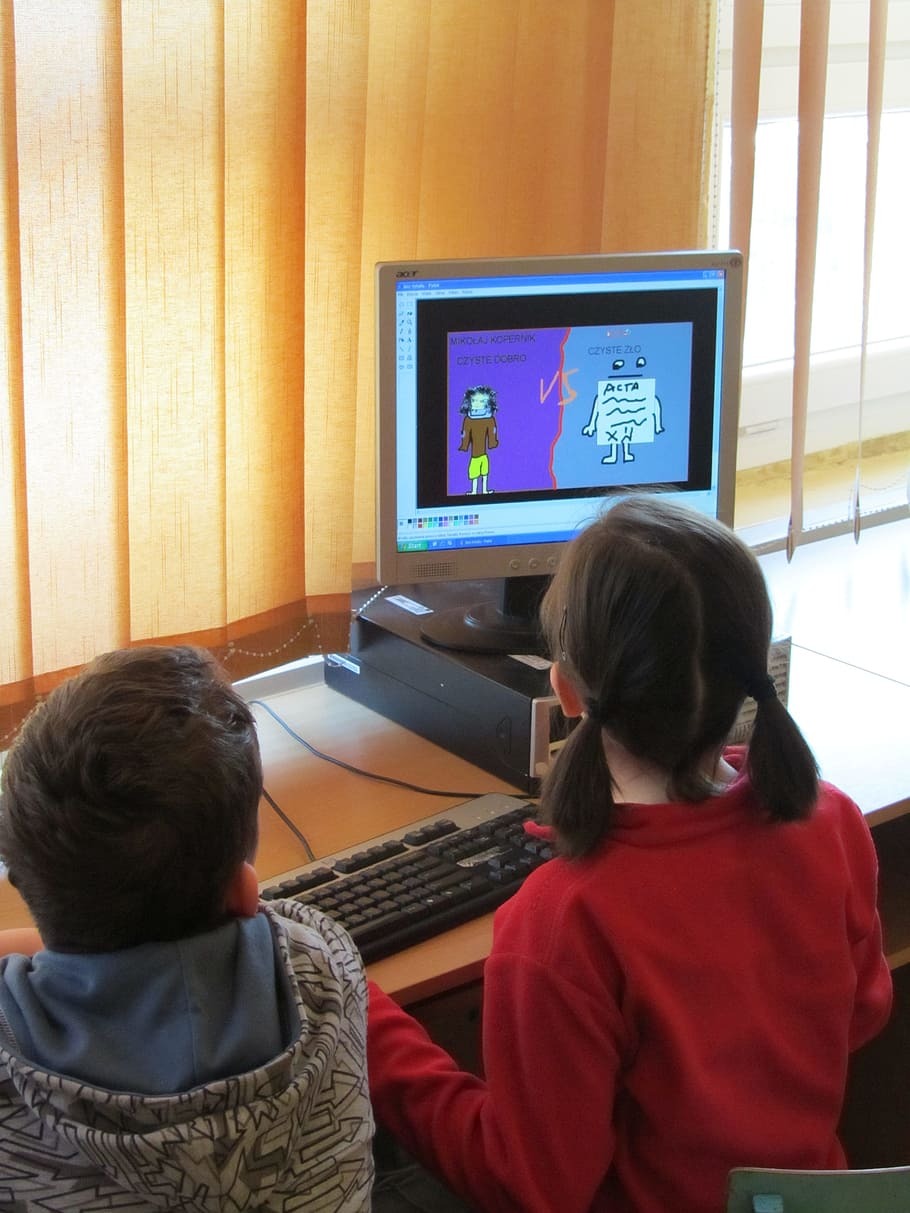 Compared to the period 2019 – 2021 the increase is 360 percentwhich shows that the child population is manipulated and blackmailed by cybercriminals to generate this type of images or videos.

Faced with this situation, some professionals like those who do makeup Early Institutehave implemented a Information campaign to alert parents or guardians of minors to prevent their abuse through the Internet.

In an interview with Infobae MexicoMSc Candido Perez Hernandez, coordinator of the research area of Early Institute and who for more than three years has studied child sexual abuse from a complementary approach as a form of violence and as a crime, assured that The situation in Mexico is serious. 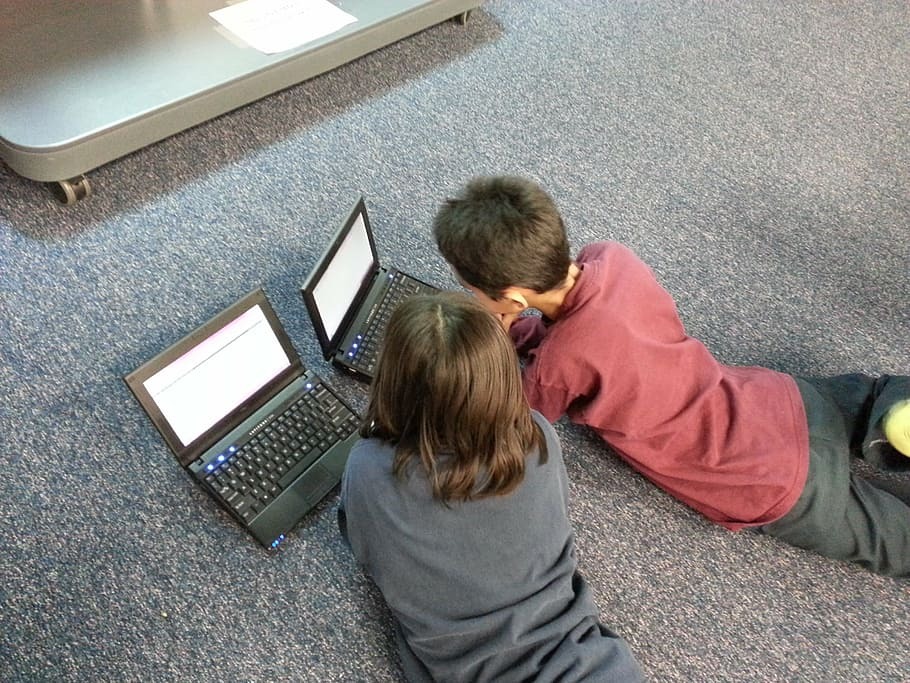 According to National Institute of Statistics and Geography (INEGI)this type of violence is defined as cyberbullying which includes all forms of violence that occur in the context of the Internet.

But for master Perez Hernandez, online sexual abuse is any form or situation in which you are repeatedly and sometimes continuously exposed to negative behaviorusually involving some form of violence against one or more people.

This can range from a offensive message, insults or any kind teasing, even receiving messages of a sexual nature or even through false identities, ask for some kind of image or video or even when you already are in much more serious situationssexual harassment goes beyond the social network itself or the Internet and goes to real life.

The specialist in Early Institute highlighted the study conducted by Internet Monitoring Foundationwhich emphasizes that between 2019 and 2021only the period covered by the pandemic of COVID-19when children spent more time online due to online classes and school activities, there was an increase in online sexual abuse. 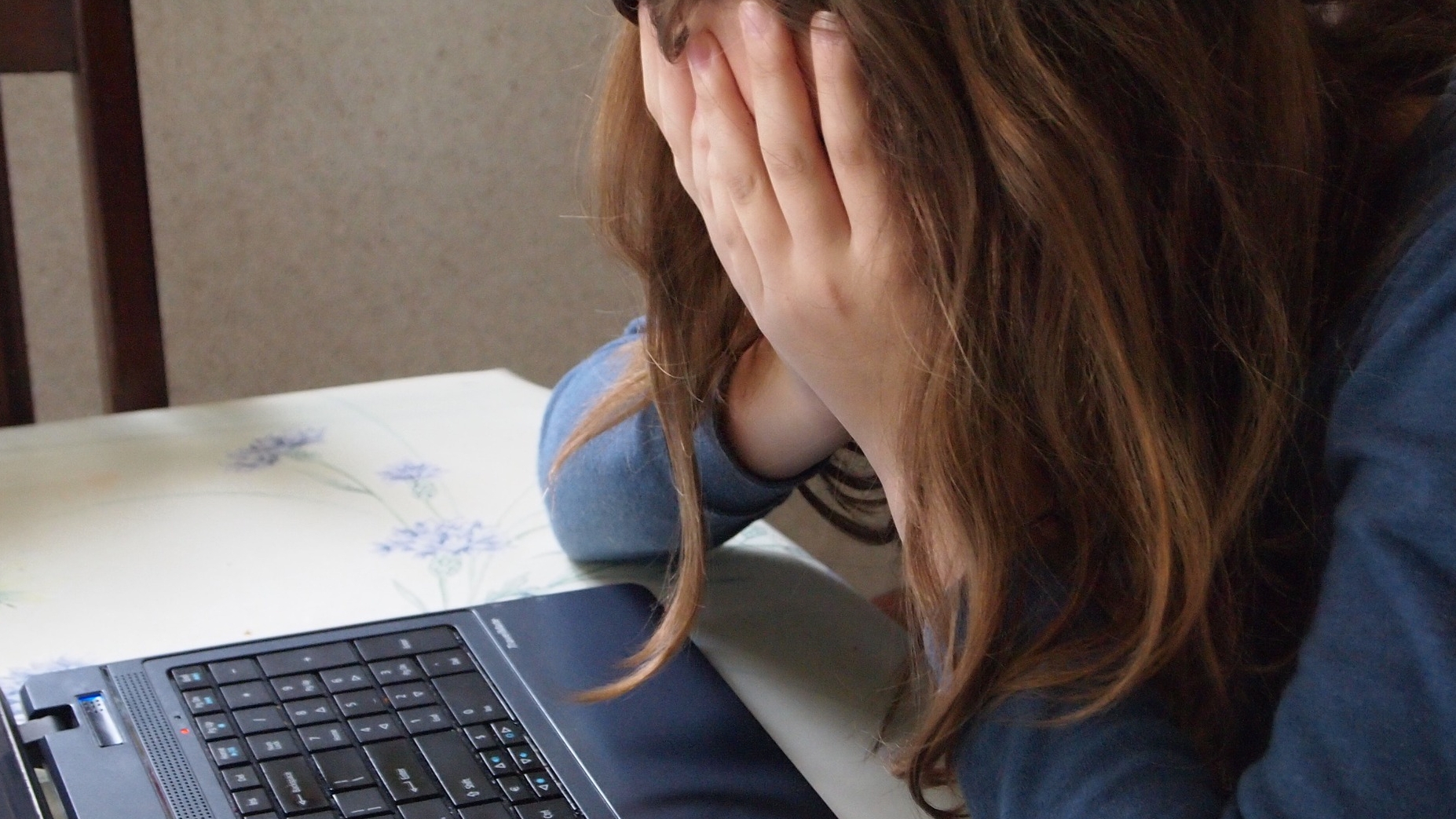 He emphasized that one of the things that is most impressive and which is one of the phenomena that has grown the most in recent years is that many of these images or videos that they were previously obtained by the camera, which is sometimes turned on and the children and adolescents did not know it; now – to a large extent – this is self-generated materialthat is, they are boys and girls who take the images or videos and pass them on to someone elsewho many times impersonates someone else through fake profiles.

“One of the main reasons for all this, especially after the pandemicis that significantly increased the number of hours (displayed on the screens of computers, tablets and mobile phones) and reduced surveillance of what they were doing on the Internet. So increasing the number of hours brought with it greater exposure to risk“, emphasized the specialist.

He emphasized that one of the growing phenomena is the so-called sextingwhich is a phenomenon that is closely related among adults as well, where a person takes a photo or video and shares it with another person.

“Among adults, it’s usually an activity that usually has the consent of the person sending that information. The risk arises in a very important way in children and adolescents because when a person, usually a teenager, takes that photo or video and shares it, sometimes he thinks he’s with a girl, a boy he’s talking to or pretending to have some kind of relationship, but you don’t actually know the identity of the person on the other end“, he warned. 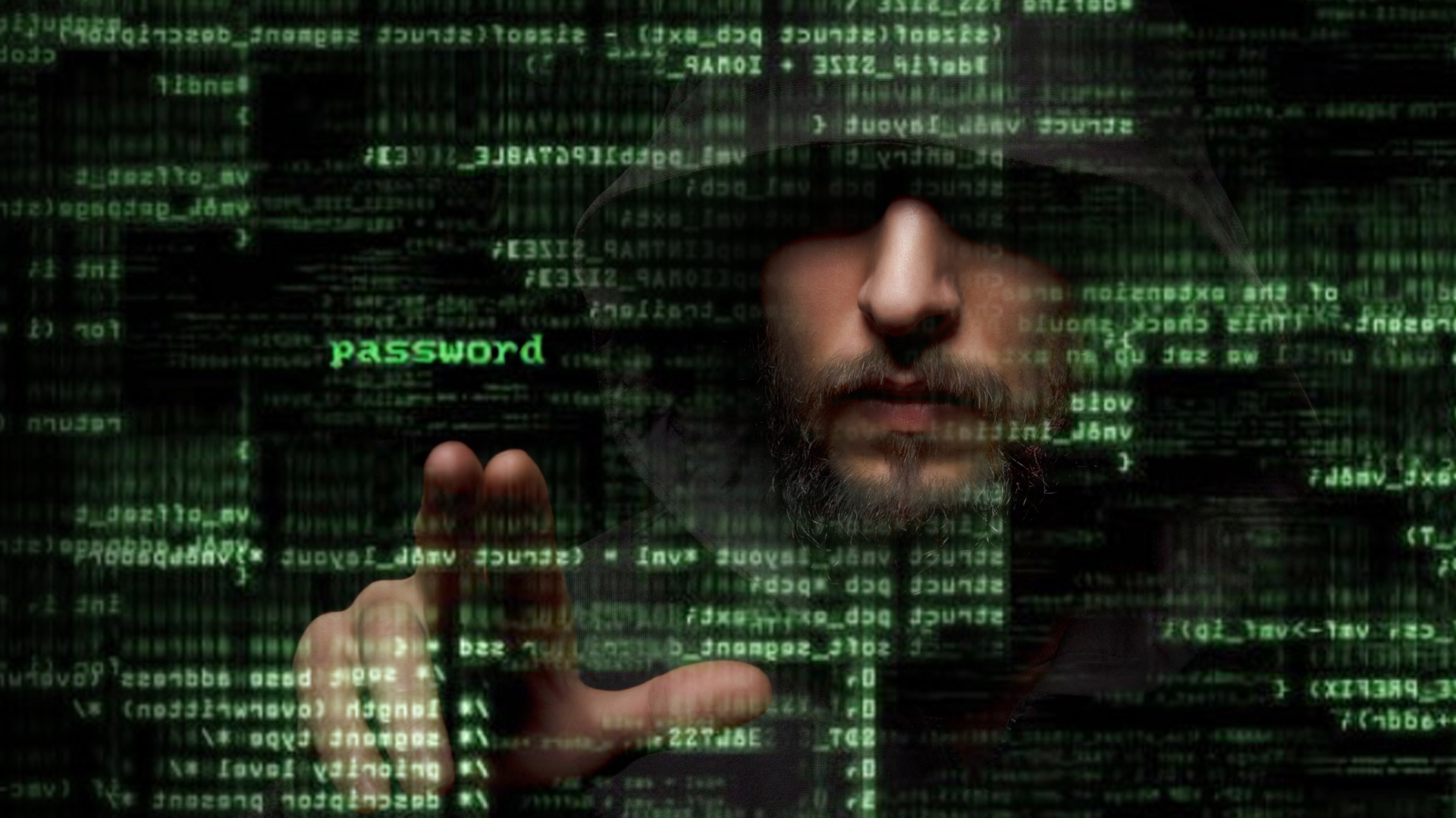 Perez Hernandez warned that One of the social networks that caused the most concern is Facebooksince there is many profiles are fake and in several cases the person suffering sexual abuse shared an image or video thinking it was someone of a different age or even an acquaintance, as – he said – many of profiles are duplicates of a person they know.

“One of the most worrying issues is that exposure to more risks is that once children and teens send this image, they lose control of it and so these websites take advantage of this by placing this image on many websites (…) becomes a completely uncontrollable world phenomenon where, unfortunately, there was very serious cases where one day a boy or girl wakes up and gets a message that their image is on “n” number of sites or social networks; then absolutely everything is lost and the risk is very latent”, emphasized the specialist.

The PhD candidate in Strategic Management and Development Policies from the Universidad Anáhuac México Norte emphasized that our country is one of the nations where this type of image is produced the most and what is later exposed on servers in many parts of the world. 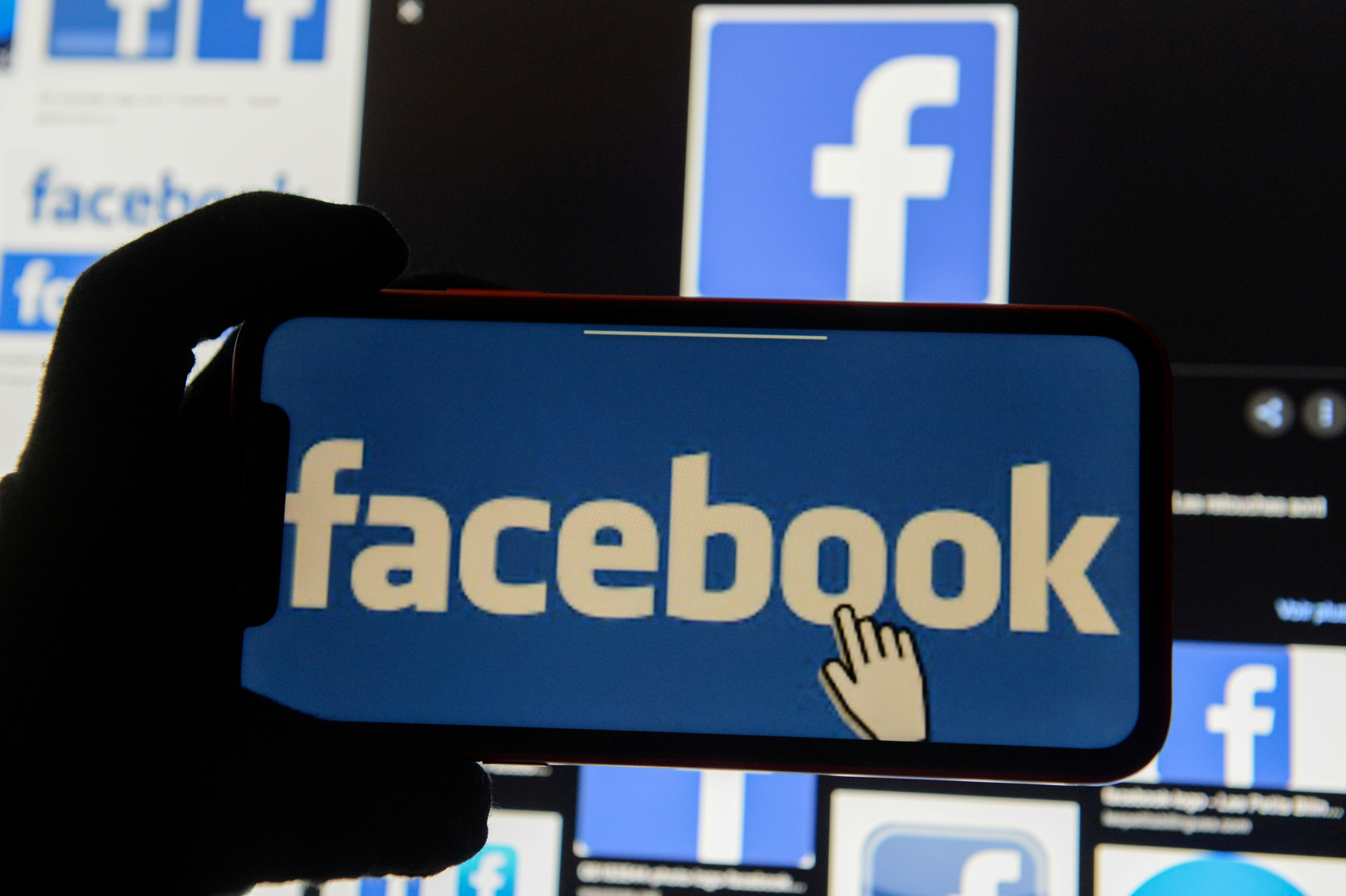 “That’s actually one of the most difficult parts of dealing with this problem because (…) that aggressor may be in another countrythe material can also be in servers that are hosted in a third country or in many other countries; then in pursuit of the crime, the location of the aggressor is much more complicated In addition, a very important thing here is that the exposure of this material is much greater and the risk that even the aggressor will seek some physical contact”, he warned.

He specified that there are some similarities between sexual violence outside and inside the Internet: there is usually an aggressor, a victim, a situation that could have been prevented and did not happen “and one very important thing: many times these two are connected because the area that happens on the Internet, it has been carried over to real life,” he emphasized.

However, he emphasized that the main difference is that online attackers can be anywhere in the world. 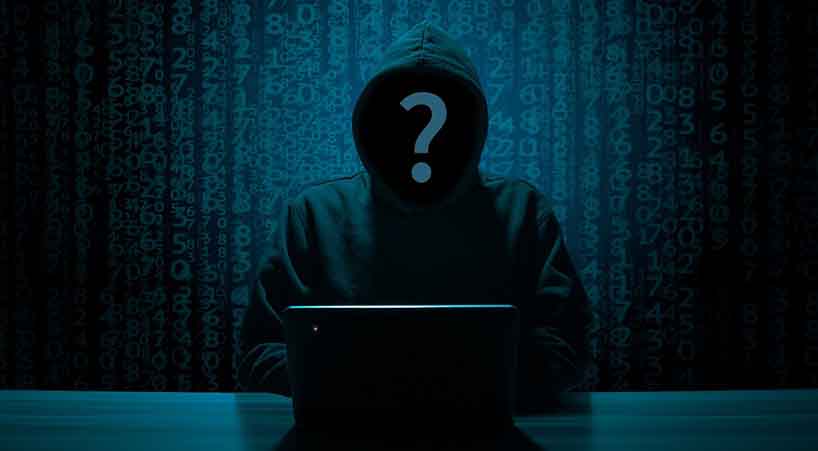 According to the specialist Early Instituteone of the main reasons why Mexico is one of the countries that produces the most of this type of content is lack of adequate legislation.

“(…) In our country, unfortunately, The criminalization of these crimes related to digital violence is very slow or out of step with what is developing in our country. For example, cyberbullying is criminalized in only six states of our country within the criminal codes at the state level, then this means that in many other countries cyberbullying can happen and there is no specific type of crime that punishes anyone who generates this type of violence, “he emphasized.

“So he the lag we have at the legislative level, the lack of unification of crimes what we have in our country as well as the level of response from the body(because) it does not respond to the speed with which these problems and these increases in risks and crimes are occurring in the context of the Internet”, emphasized the specialist.

Given this panorama, Pérez Hernández stressed that the key is prevention, which he pointed out that Early Institute the digital community was created alumbramx.orgwith which you search prevention of sexual violence against children and adolescents both online and offline. 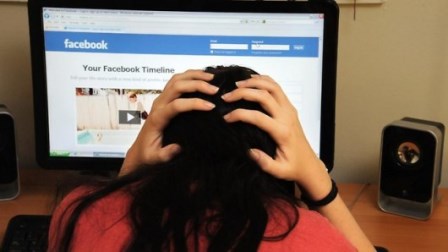 This platform makes it accessible to fathers and mothers of families and persons caring for minors; information on what to do and how to report when online abuse has already occurred, and how to prevent it.

Between these recommendations highlights:

– Know and talk with them about Internet risks.

–Know who your children are talking to in and out of the digital world.

– Use privacy and security controls. All platforms have some form of control and many times it is not used.

–Block and report when any form of sexual abuse is detected.

remember this There are usually two mechanisms for reporting to the authorities actions of this type: call 088 what is the phone number of national guardas well as recourse to platforms which are created by civil society, such as “I Protect You Mexico”who was also created by the Early Institute and who served as an intermediary with the authorities.

“(…) But also another very important aspect is to contact companies like Facebook, Tik Tok and others so that the material is downloaded from the Internet. Also (contact) international authorities such as Interpol so that the servers are installed in another country, (as well as) through local authorities to pull this material off the Internet and not continue to be accessible,” he concluded.

She is 15 years old and was advertised as an escort for her photos on Facebook: this is the nightmare of cyberbullying
The alarming increase in cyberbullying against children and adolescents in Mexico
Demonstrators climb the Estela de Luz to post a message in protest against the country’s missing