Mural of Burulai, a 20-year-old medical student murdered by her captor in a police station. Photo by Mirbek Kadraliev / UN WOMEN via Flickr (CC BY-NC-ND 2.0).

In recent weeks, the abuse of women and girls has made headlines in Kyrgyz media, ranging from cases of “ala kachu” (kidnapping of girls for marriage) to sexual abuse of underage girls.

On July 11, 2022, three men between the ages of 26 and 27 kidnapped a young woman to marry her in one of the districts of Bishkek, the capital of Kyrgyzstan. The victim went to the police and the alleged kidnappers were detained for two months. Around the same time, a 17-year-old girl was abducted from the Stari Tolchok area, a building materials store in Bishkek. On the way to the pharmacy, she noticed a car following her. There were two men inside, one a friend of her neighbor, who offered to give her a ride. When she refused, the man covered her, gagged her and forced her into the vehicle. The two men took her to a neighbor’s house, where she was able to call the police. However, his own relatives did not believe him, saying that he had disgraced the family. She turned to the public fund “Otkrytaya Liniya” (Open Line), which helps victims of bride kidnapping in Kyrgyzstan.

Kyrgyzstan is a small country in Central Asia that borders Kazakhstan, Tajikistan and Uzbekistan and has one of the highest rates of abduction of girls for marriage. According to researchers of demography and population dynamics, Lesya Nedoluzhko and Victor Agadzhanyan, every third marriage in the country begins with kidnapping; especially in remote areas. Cases of ala kachuu are reported almost every week, despite the fact that the crime has long been criminalized.

One of the most catastrophic examples that caused public protest was the kidnapping of Burulai Aged 19, in 2018, when the kidnapper killed her in the same police station in Bishkek. Another disgusting case was with Ayzada Kanatbekova. In April 2021, 26-year-old Ayzada was kidnapped by five men in Bishkek. Two days later, a local shepherd found the body of the abducted girl and one of her captors in a car between the villages of Arashan and Chokmorova in Chui region. These cases led to outraged protests with calls for the firing of officials and other legal action, and pressure to change the laws on bride kidnapping. Currently, a new penal code approved in October 2021 provides for up to seven years in prison for those responsible for kidnapping. 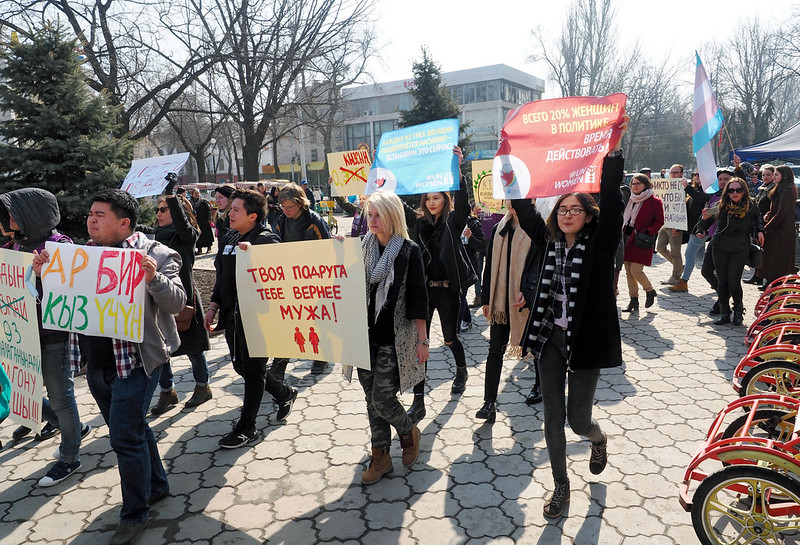 In recent weeks, sexual abuse of minors has also dominated the news. In a recent inhumane case, several men, including police officers, sexually abused a 13-year-old girl for about five months. In August 2021, at the Dordoi bazaar in Bishkek, a vendor accused a 13-year-old girl of trying to steal headphones and handed her over to the police, who, with threats of 10 years in prison and huge fines, raped her. According to the victim’s father, two policemen and a civilian passed his daughter from hand to hand, intimidated her and raped her between August 2021 and February 2022. On the other hand, the rapists of another 13-year-old girl with a disability in Sokuluk, a town in Chuyska district, they were convicted and later released because the statute of limitations had run out. The standing appeals took more than nine years to be processed by the courts, a period that is prescribed because the accused were minors when they committed the crime.

A few weeks ago, women’s civil society organizations and feminist activists called on the government to take action to combat violence against women and girls in Kyrgyzstan, which is increasing day by day and endangering their lives.

Rally against violence against children in Bishkek pic.twitter.com/ehsnlsSRxC

Demonstration against violence against children in Bishkek.

These examples show that the public’s distrust of the police is growing; because security forces, instead of protecting women who seek help, become perpetrators and endanger women who seek help. Given the inaction of the police and cracks in the judicial system, some cases of sexual violence can lead to arbitrariness and mob action. In late 2021, after the rape of a 16-year-old girl, the so-called “court of aksakalites” (the court of elders) decided to evict the family of the suspected rapist from the village.

Although some government officials have expressed concern about the increase in violence against women and girls, as well as a desire to reform law enforcement mechanisms, other officials and people connected to the state tend to have mixed opinions. For example, Prime Minister Aklbek Zhaparov preferred to complain that “bad news” in the media affects tourism in Kyrgyzstan:

If we look at the rape of little girls, everything has been written about it, now [туристы] they say that they will not come with children. Remember last year [была новость], which hung on all websites for three weeks, about raped 72-year-old grandmothers. Nazhimayut na yuboy rskoyazychnyy with, Kazakh isskie, kotorloyye want to come, read novobol’ other

If we look at the rape of a little girl, now everyone has written about it [tourists] they say they won’t come with children. remember last year [there was news], which hung on all websites for three weeks, about the rape of a 72-year-old grandmother. By clicking on any website in Russian, Kazakhs and Russians who want to come read the news and choose other countries.

If you look at the rape of a girl, now everyone is writing about it [los turistas] They say they won’t come with children. Remember that in 2921 [hubo noticias] about the rape of a 72-year-old grandmother, which were published on all web pages for three weeks. By clicking on any Russian web page, Kazakhs and Russians who want to come read the news and choose to go to other countries.

Gender-based violence is normalized in Kyrgyzstan. According to the highlights of the Women, Peace and Security Index 2021/2022, it is the most unsafe country for women in Central Asia. In 2021, the Ministry of International Affairs of Kyrgyzstan registered 10,151 cases of domestic violence, much more than the previous year. Violence against minors has doubled this year. In 2021, 254 cases of bride kidnapping were reported, but 84% were later dismissed or postponed. However, it should be noted that this increase in numbers is unlikely to be due to a rapid increase in cases alone, although complaints and reports of gender-based violence have increased as society has begun to pay more attention on gender issues. 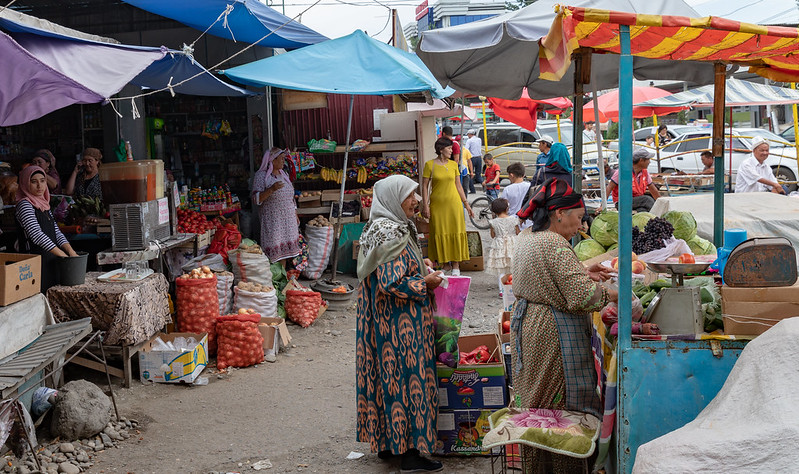 Unfortunately, Kyrgyz society is still patriarchal and non-traditional in many ways, still relegating women to a secondary role and not allowing them to control their own destiny. This aspect is of great importance as it affects social attitudes, gender policies and the regulation of gender-based violence in Kyrgyzstan. Despite the country’s commitment to democracy after the collapse of the Soviet Union, domestic violence and trafficking in women, bride kidnapping, child marriage, and Kelinism (forced submission of new brides to mothers-in-law and husband’s relatives) continue to be practiced in Kyrgyzstan , even though they are officially criminalized.

In turn, the revival of Islamic sentiments also adds fuel to the fire and sometimes undermines the position of women, and religious authorities often talk about gender issues with discriminatory rhetoric against women. Thus, the video of a sermon on July 6, 2022 by Sadibakas Doolov, an imam of one of the districts of Bishkek, caused outrage on social networks. In the video, he states that the increase in meat prices in the markets is due to the decrease in the value of “women’s meat”, which is reflected in their short dresses. What is most surprising is that the Spiritual Authority of Muslims in Kyrgyzstan did not find what the imam said offensive to any group or person.

These are just some of the thousands of broken lives made public thanks to the protests of Kyrgyz civil society. Meanwhile, the implementation of newly enacted legislation on sexual assault, bride kidnapping and domestic violence appears deeply flawed or outdated, while the public has developed a deep distrust of the authorities.