The quality of life of children from 0 to 5 years in Medellin has decreased in almost all aspects and the last two years have had troubling results, especially considering that more resources this administration has provided have yet to translate into better results.

This is one of the topics affected by Medellín’s How We Are Going report on the state of early childhood in the city, who will present this Tuesday, at 11:00 a.m. The paper reports other worrying aspects: the spread of chronically malnourished children under the age of 6 in Medellin increased between 2019 and 2021. over data reported since 2014, and low birth weight babies also saw an increase in 2021.

The numbers (see graph) are a measurement that is not sufficient to assess the impact it has on the development of early childhood (0 to 5 years) the guarantee of rights related to health, nutrition, education and protective environment. Bad things done in the care of these ages have irreversible consequences. And that’s why what happens with Buen Comienzo is so important.

The report recalls that the program, which was established in 2004 and was consolidated as a national benchmark, has suffered setbacks in the past two years. And what is most impressive is that the budget has gone from $370,000 million for 2016-2019 to $800,000 million for 2020-2023, which should give a balance sheet with greater impact.

“This shows the neglect of pregnant mothers who, despite being able to receive care days later, have been delayed almost two months after the last start date of the program (2020) and almost three months more than the most -the fast date (January 2015),” the report said. 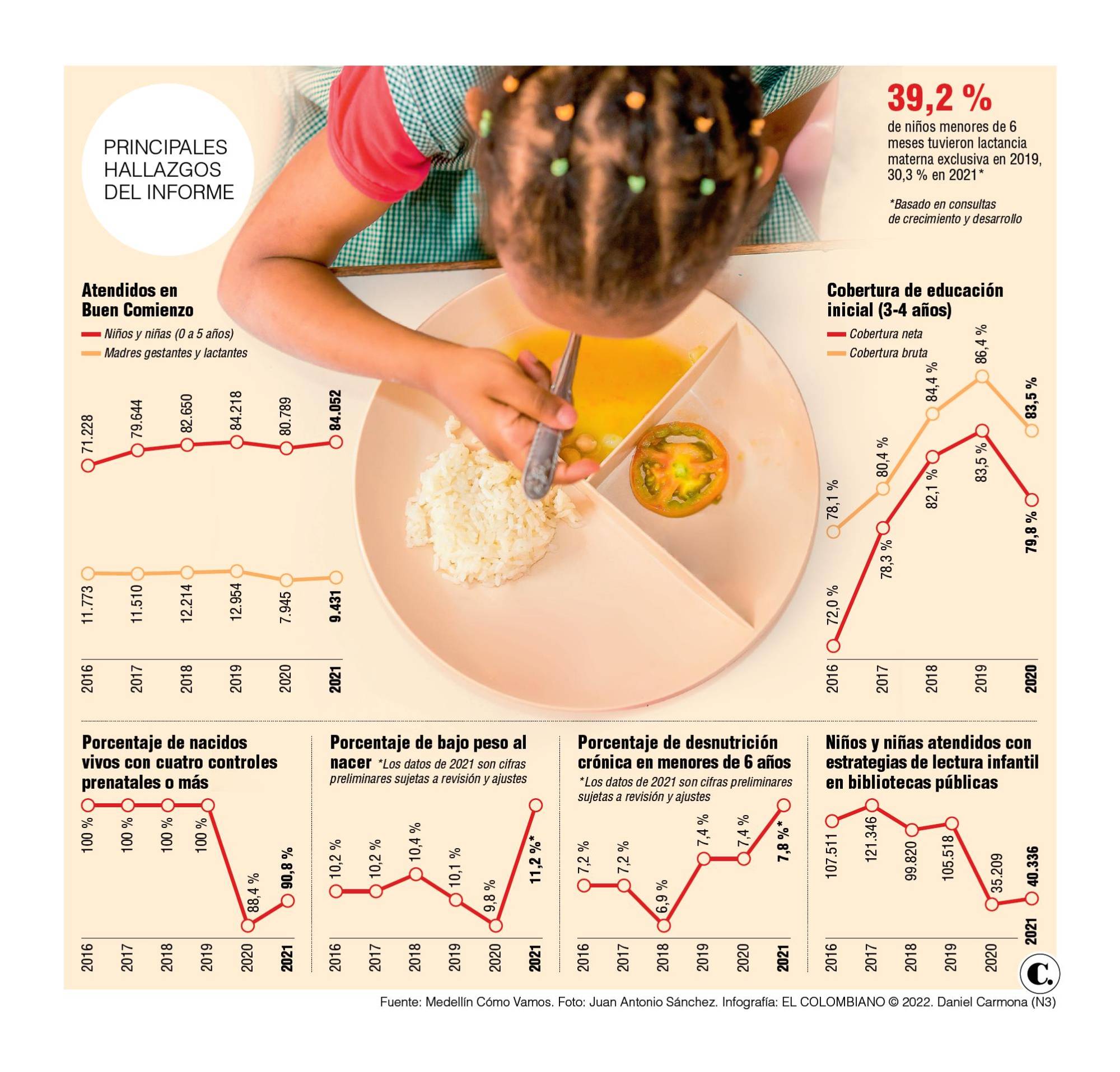 The The holistic care provided by Buen Comienzo is aimed at boys and girls from the most vulnerable families Medellin who are exposed to other situations that put them at serious risk. One of them is reducing the number of pregnant mothers who have had four or more prenatal controls, which may be associated with another alarming indicator: Babies born with low birth weight (below 2500 grams) are increasing. And much of it, experts insist, could be avoided with Good Start working properly, but also with other strategies.

According to the report, which used data from Dane and Medellin City Hall, In 2021, chronic malnutrition among children under the age of 6 reached the highest rate in the city in the last eight years, According to the estimated attendance data for growth and development consultations: 97,080 attended the mentioned control in 2021, of which 7,543 were with this disease.

“These data are worrying, because in previous years the base on which the indicator was calculated was wider, that is, more boys and girls appeared for this control and the proportion of chronic malnutrition was lower. This is without counting that one in four children estimated in 2021 were at risk of chronic malnutrition if swift action was not taken.

To this is added that there are more and more boys and girls starting the transition class at a different age than expected and that the city has not yet recovered the number of boys and girls served by reading shares in the public libraries.

Medellin How We Are Going made an urgent call, in the face of this scenario, which they consider a general deterioration of the quality of life indicators of this population and the resistance to factors that put it at risk in environments that should be safe, such as e.g. family and institutions..