Skip to content
by omeuoraculo.comPosted onSeptember 26, 2022
According to the WHO, approximately 16 million adolescents between the ages of 15 and 19 and one million girls under 15 become mothers each year (Getty)

Every September 26 World Day for the Prevention of Unintended Teenage Pregnancy. And the date is worth it as an occasion to put on the table a social and public health problem that affects the lives of millions of minors in all geographical latitudes. It is, according to World Health Organization (WHO)approximately 16 million adolescents between the ages of 15 and 19 and one million girls under the age of 15 become mothers each year.

In Argentina, as announced by the latest available data from the Directorate of Health Statistics and Information (DEIS) of Ministry of Health of the Nation, In 2020, 53,260 children were born to girls and boys; that is, an average of 146 births per day. of these, 1293 correspond to adolescents under 15 years of age (at the rate of 3.5 per day).

And although the adolescent birth rate is declining nationally, as among those aged 15 to 19 in 2016 it was 55.9 per thousand births and in 2020 it was 30.3 per thousand births, which in percentage expression shows that the coefficient was reduced by 45.7%, the figures are far from encouraging. 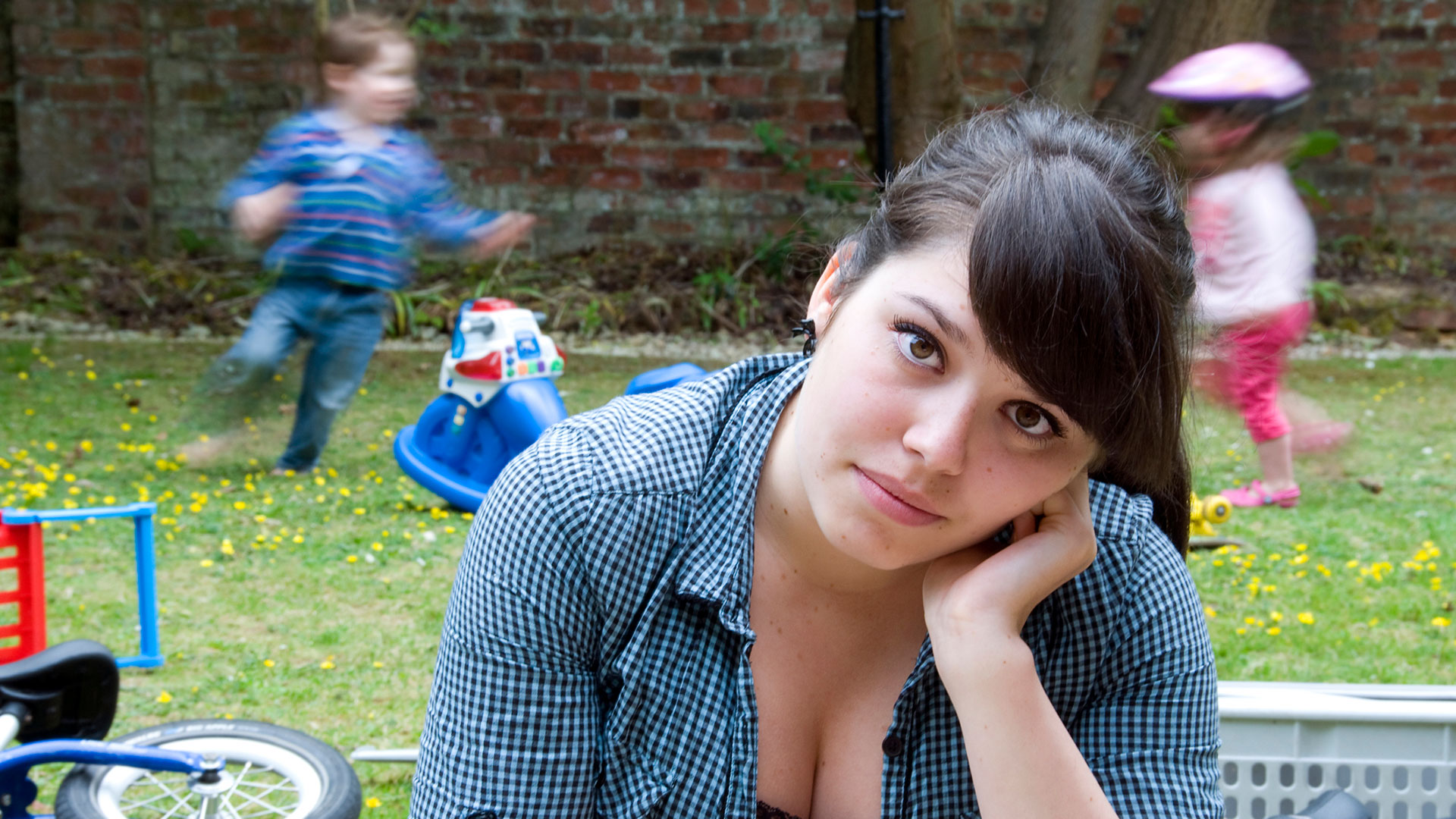 Among the other reasons for early pregnancy can be mentioned: difficult access to health care, contraceptive methods, the pandemic, the socio-economic and cultural situation, the lack of Comprehensive Sexuality Education (ESI) in schools and family instability and drug and alcohol use. At this stage it should be noted that complications during pregnancy and childbirth are the second leading cause of death in the worldand babies born to teenage mothers face a significantly higher risk of death than babies born to women aged 20 to 24. 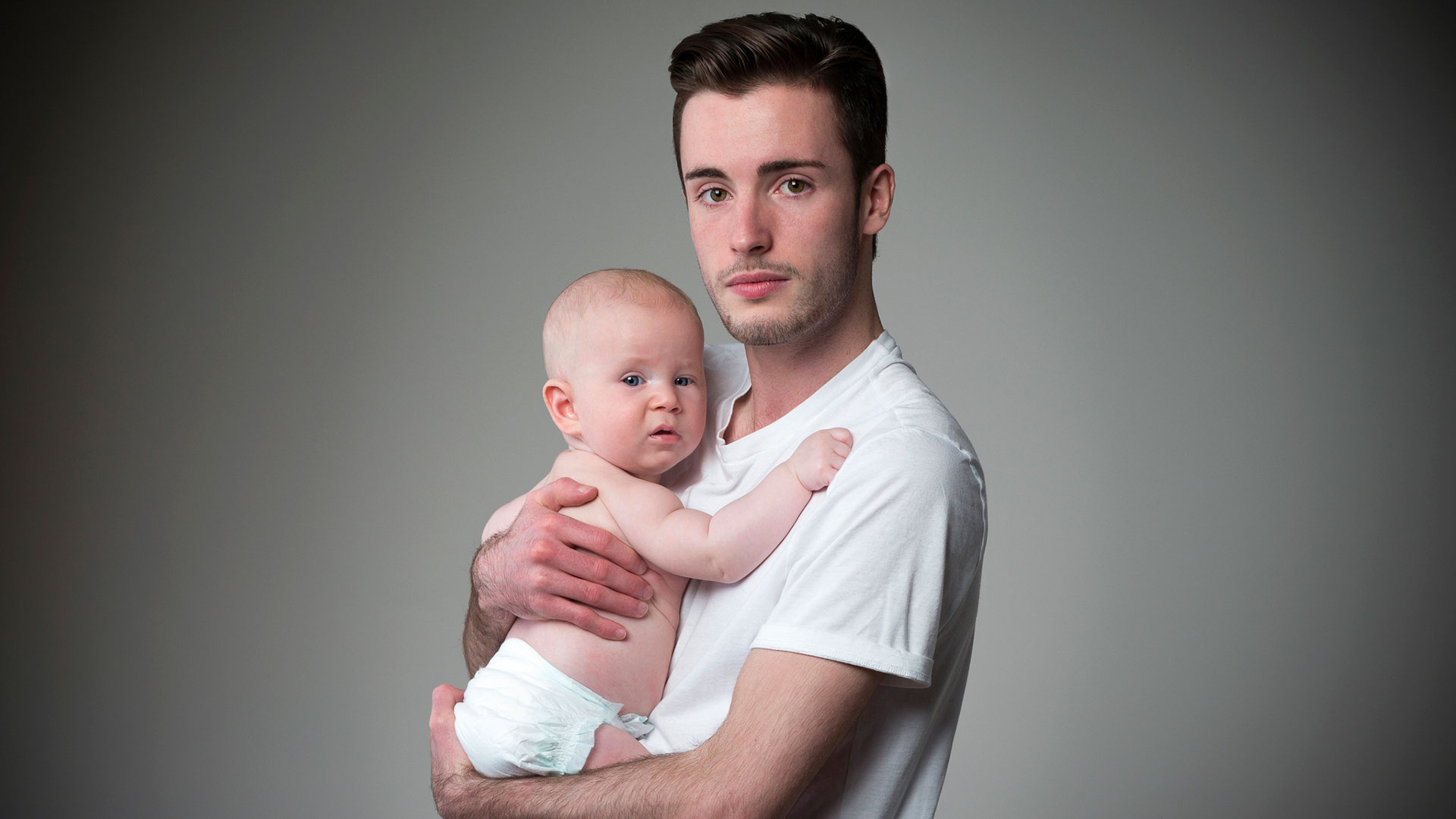 “At the same time, physical, psychological and social consequences they are also plural. Teenage mothers may feel rejected by the newborn; loss of friendships and activities with peers; family problems of individual or economic adaptation; poverty, depression; abuse of alcohol, tobacco or psychoactive substances”. According to the obstetrician-gynecologist Patricia Villabril (MN 66.042), “on a physical level, young women may not have all the nutrients necessary for proper fetal development, so that at birth babies are low birth weight or born prematurely.”

In addition, the specialist from the Cabinet for Adolescent Reproductive Health of Cam Doctor – Medifé She added that “mothers may be at increased risk of hypertension during pregnancy and face complications after delivery. Anemia, a higher infant mortality rate, and cephalopelvic disproportion, that is, the baby’s head is wider than the mother’s pelvic opening, are common.

For Villabrille, “the impact is also seen in educational development of girls and teenage mothers”. It is that in figures from the Ministry of Health of the nation, 38% of the women who were mothers in his adolescence did not graduate from high school and only 3% had access to higher education. 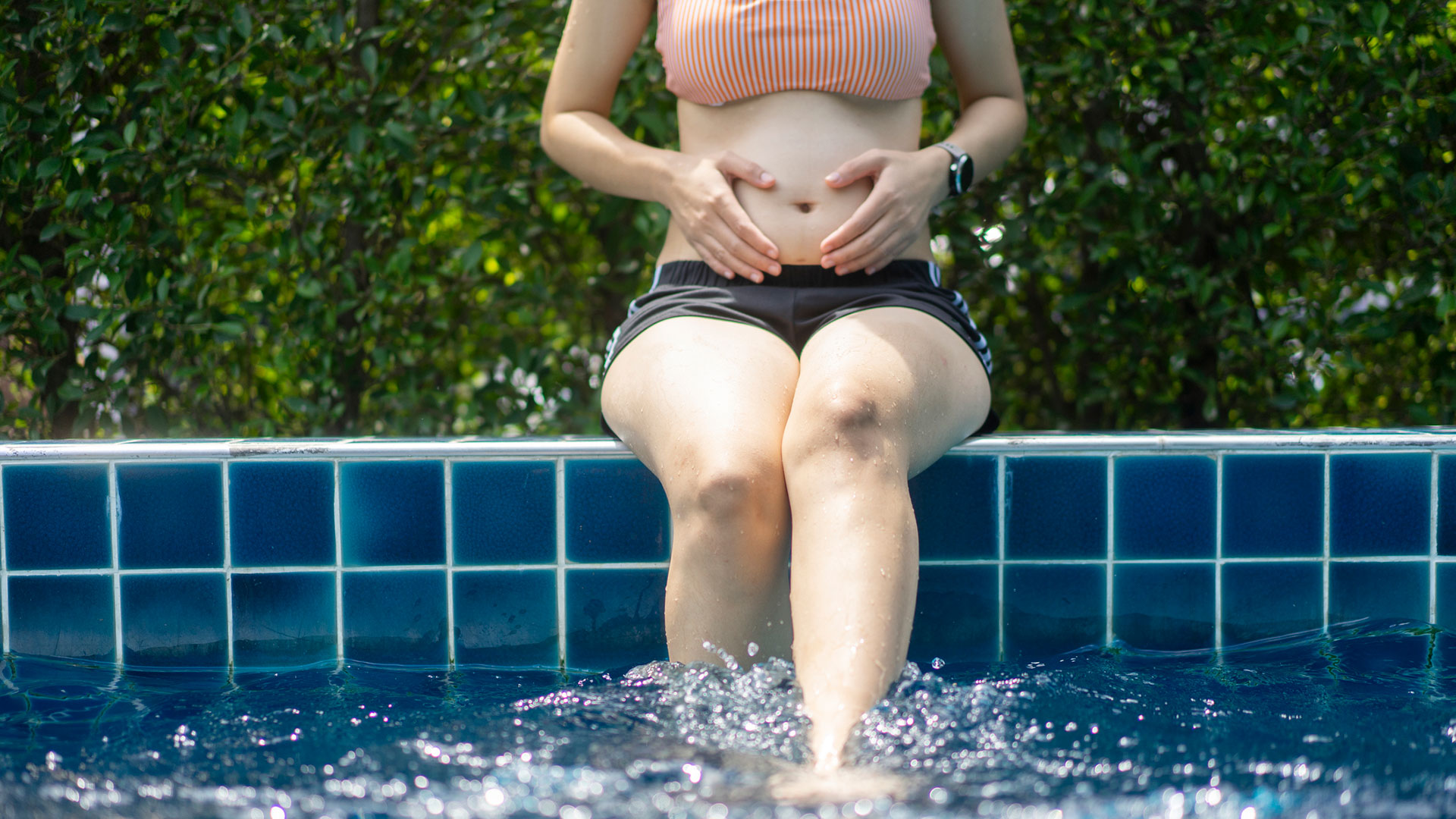 Raised this, “the problem of pregnancy in girls and adolescents becomes public health problem. Implementation of ESI is essential, as is ensuring easy and fair access to the health system; and providing information and access to contraceptive methods in order to prevent sexually transmitted diseases,” said the specialist.

The doctor sofia matches (MN 181.996) is the president and founder of Preserve, a civic association dedicated to giving lectures and seminars on ESI, composed of young students and professionals, and believes that “Unwanted pregnancy can be prevented through information”.

“From the conversations and seminars that we offer from Preservate based on Law 26,150 on comprehensive sexual education, spaces for conversation about contraceptive and barrier methods are promoted, collaborating with the prevention of unintended pregnancies in adolescents and sexually transmitted infections – he emphasized the specialist- Access to clear and reliable information strengthens the right to responsible decision-making how to take care of yourself and make consent central to sex. These spaces help every adolescent to experience their sexuality with pleasure, with the necessary tools”. 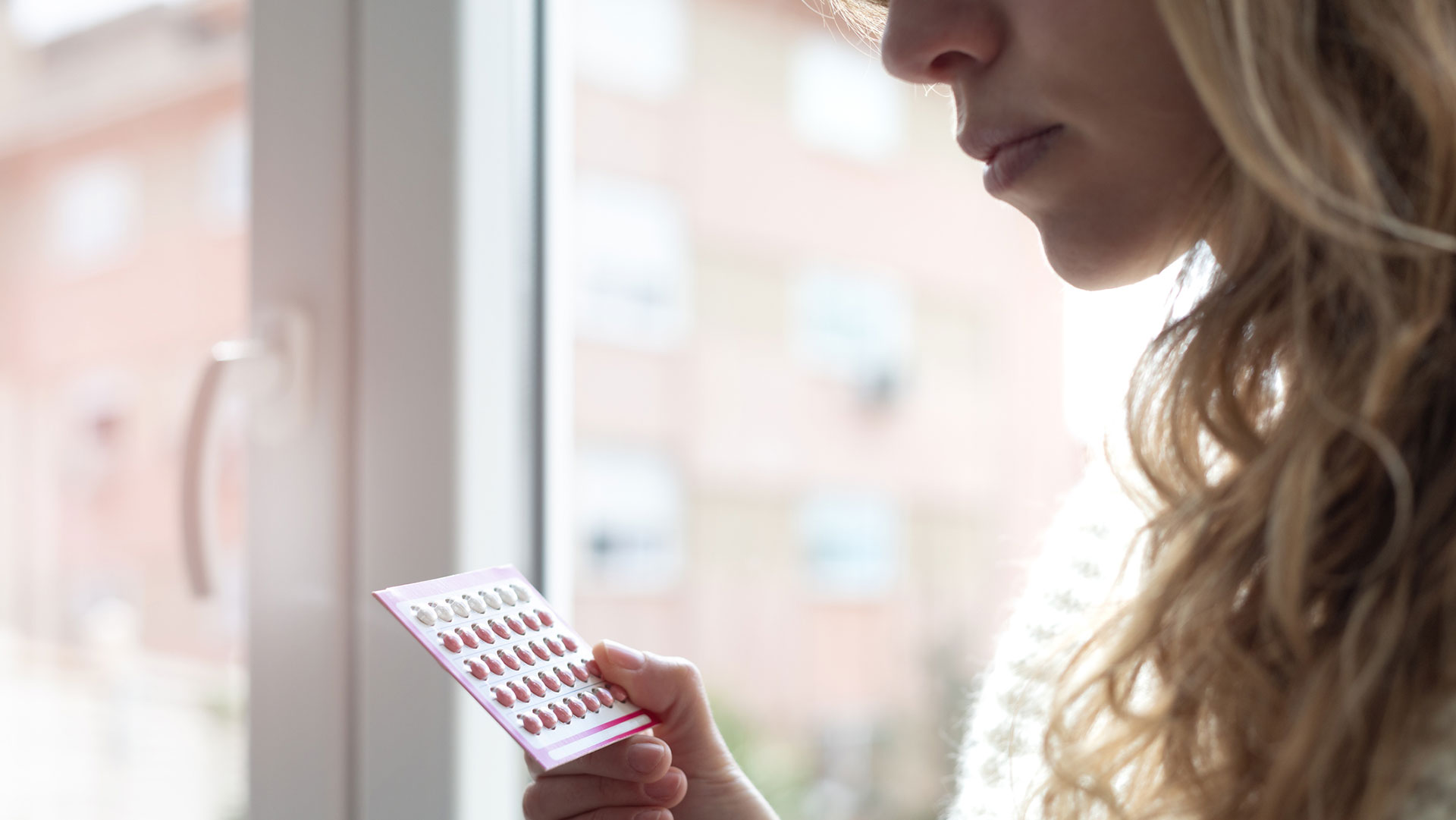 They seek to promote caring practices and shared responsibility in decisions about sexuality and access to information, sexual and reproductive health services, and methods of contraception and prevention of sexually transmitted infections /

Supported by 12 civil society organizations, the initiative was presented in the framework of the beginning of spring and the World Day for the Prevention of Unintended Teenage Pregnancy, as an opportunity to enable dialogue on sexuality among adolescents, to contribute to the beginning of sexual life and their first meetings are consensual and pleasant, encouraging care practices and shared responsibility in decisions about sexuality and access to information, sexual and reproductive health services and methods of contraception and prevention of sexually transmitted infections (STIs).

This year, the #ICanDecide campaign “is meant to put the focus on what role do heterosexual men and masculinity play in decisions about sexual life, in particular to problematize sexual coercion, reach an agreement on the prevention of unintended teenage pregnancy and develop an autonomous and informed sexual life”, the organization said.

The Foundation for the Study and Research of Women (FEIM), Amnesty International, Doncel, the Latin American Team for Justice and Gender Equality (ELA), the Huésped Foundation, the Kaleidos Foundation, FUSA, Intercambios, The Other Voices, the National Network of Adolescents and Youth for Sexuality and reproductive health, Agrupación Xangó, RAJAP and IPPF LACRO emphasized in the presentation of the campaign that “the week of unintended pregnancy in adolescence is an opportunity to start a dialogue, in addition, about care practices for avoid sexually transmitted infectionsincluding HIV/AIDS prevention.

In this context and after considering that “any involuntary teenage pregnancy is a violation of the guarantee of sexual and reproductive rights embodied in Law 25673”, Macchi announced that from October 7 to 10 the Preserve will travel to the site of the Reconquista of Victor Manuel II , in Santa Fe to conduct ESI lectures and seminars and contribute to the prevention of unwanted pregnancy and sexually transmitted infections.

A signal of an increase in sexually transmitted infections: cases of syphilis and gonorrhea have increased the most
Teenage Mothers: Five Exciting Reality Stories
Everything you always wanted to know about ESI but were afraid to ask