“If cool things had been put in, it would have been much better and we would have gone further,” said representatives of the Council for the Participation of Children and Adolescents during their participation in the conference “Renaturalization and use of the banks of the Tagus River in Toledo”

Daniela, Yelcu and Alaia, from the Council for Child and Adolescent Participation in Toledo, at the conference “Renaturalization and Uses: Riberas del Tajo” / Photo: Julio López Espeso

“More than half of the boys and girls in Toledo never go near the Tagus River.” This was one of the main realities that Daniela González Mora, Ieltxu and Alaia Balseca García, three young people from the Council for the Participation of Children and Adolescents in Toledo, revealed during their speech at the conference “Renaturalization and use of the banks of the Tagus River in Toledo”.

It was in the second round table of the event that the three minors gave voice to the experiences, experiences and opinions about the state of the river to the thousands of young people who live in the city. “We are aware of how polluted it is, how little it flows and how dirty it is around,” they said during their speech opposing the transfers.

Despite this positioning, 53% of the youth in Toledo do not practice any activity in the vicinity of the Tagus River, nor do they walk along its banks, nor do they play nearby, nor do they know the ecological path. These are realities collected through surveys and discussion groups organized within the participatory process for the preparation of the new Municipal Planning Plan (POM).

More than 400 minors joined this process, the main conclusions of which were presented by Daniela, Yeltsu and Alaia during the conference. Among the results, the representatives of the Participation Council pointed out that the majority of respondents “think there is enough parks and green spacesbut many feel that they are not well cared for, like the banks of the river, which are also green spaces in the city.” 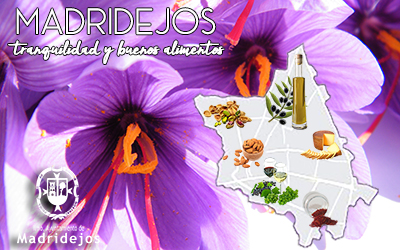 “Why spend your free time on the Tagus River?” ask young people who say they find “nothing interesting to do” in this environment. “It’s far from where we live and it’s not always easy to get there.”

“We can’t decontaminate the river”

After pointing out those negative aspects of the Tagus River as it passes through Toledo, the young people provided solutions based on reality: “we cannot decontaminate the river.” However, they are convinced that it is possible to take measures to restore it. 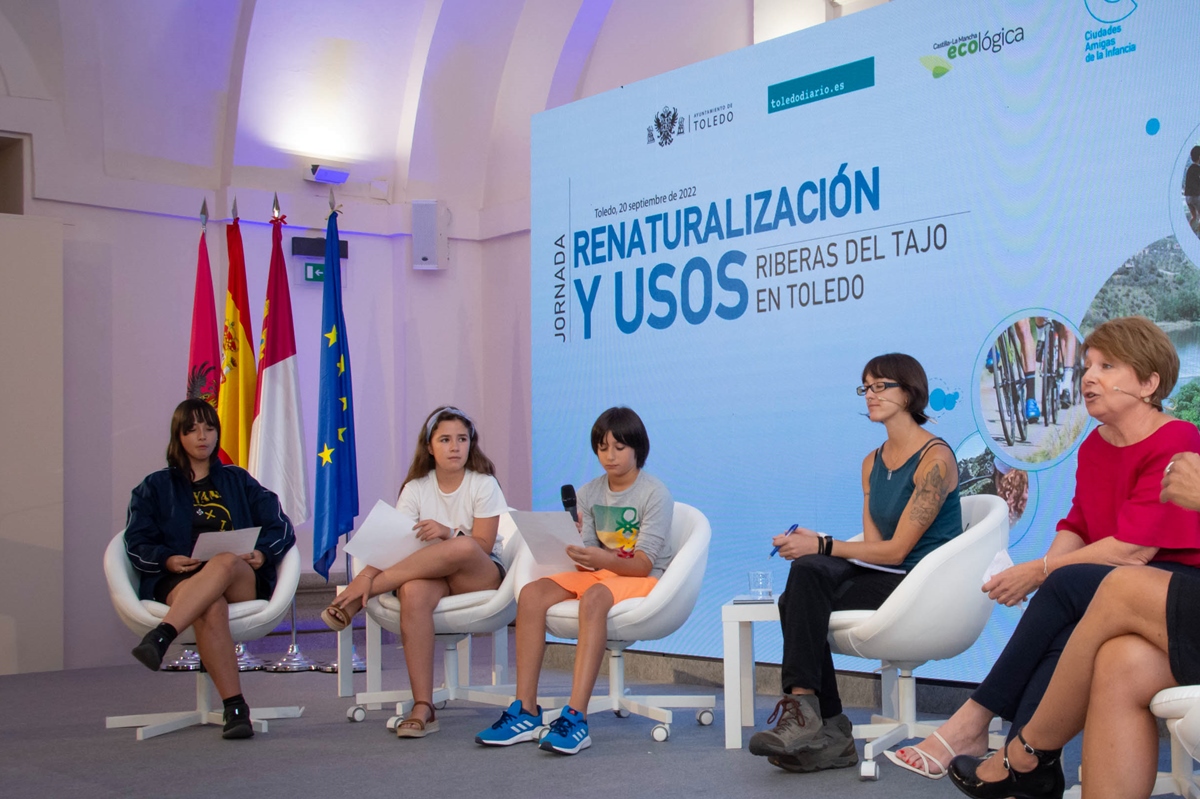 Workshop “Renaturalization and uses: The banks of the Tagus in Toledo” / Photo: Julio López Espeso

According to the representatives of the Youth Council, in the first place, “some things in the environment” need to be improved, such as cleanliness. To reduce litter in the water, they suggest placing “nets in various areas of the shore where we already know litter accumulates.” “Litter bins could also be placed along the trail because there aren’t any,” and those that do exist “are often full or broken.” In addition, they believe that “the bags of these bins could be distributed so that people can take one and store their waste, rather than throwing it on the ground”.

How could it be otherwise, given the importance of social networks, the young people of Toledo are also advocating for more and better advertising campaigns about the importance of caring for the river and its surroundings, as well as promoting their spaces, in which should be done more activities.

“There’s not much to see in the area or at least it’s not appreciated with the bush there is so the sections of the road which are in bad condition will have to be fixed, in fact some places are dangerous and others if you go with a wheelchair or a wheelchair you can’t pass strollers”, they explained, also insisting on cleaner children’s corners and equipped with quality games. “There’s only one park that doesn’t even have swings left.”

Representatives from the Toledo Council for Child and Youth Involvement said they will make plans along the riverfront if there are more activities, pavilions and recreation areas. According to the minors, “if they put cool things, ropes, mattresses, lamp posts or trees, it would be much better and we would walk more”. “Kiosks can also be set up so we can drink when we go,” they added.

These are some of the uses of the banks of the Tagus proposed by some young people who will become future generations who will have to respond to a present problem: the restoration, renaturalization and mitigation of the current pollution suffered by the river as it passes through Toledo, where since 50 years, bathing is prohibited and where water activities are not possible, among others.

The conference “Renaturalization and use of the banks of the Tagus in Toledo”, organized by Toledodiario.es in association with the City Council and the ECOLOGICAL blog of elDiario.es de Castilla-La Mancha, took place last Tuesday, September 20, at the San Marcos Cultural Center.

How to use the banks of the Tagus in Toledo? The “main attraction” of the river, up for debate