Skip to content
by omeuoraculo.comPosted onSeptember 18, 2022
Teenage girls are still not allowed to attend school, and women must be covered from head to toe in public, with only their eyes exposed. REUTERS/Ahmad Masood

The United Nations called on Afghanistan’s Taliban rulers on Sunday to reopen schools for girls in grades seven through 12, calling the anniversary of their exclusion from secondary schools “shameful.”

The UN said it was increasingly worried because this policy, combined with other restrictions on basic freedoms, contributes to deepening the economic crisis in the country in the form of more insecurity, poverty and isolation.

“This is a tragic, shameful and completely avoidable anniversary”said Markus Potzel, acting head of the UN mission in Afghanistan.

A year after the Taliban seized power in Afghanistan, a more hard-line trend appears to be dominating the Taliban-led government. Teenage girls are still not allowed to attend school, and women must be covered from head to toe in public, with only their eyes exposed. The religious group has broken several promises to allow the girls to return to school. The veto affects the 7th to 12th grades, which are attended by female students between the ages of 12 and 18. 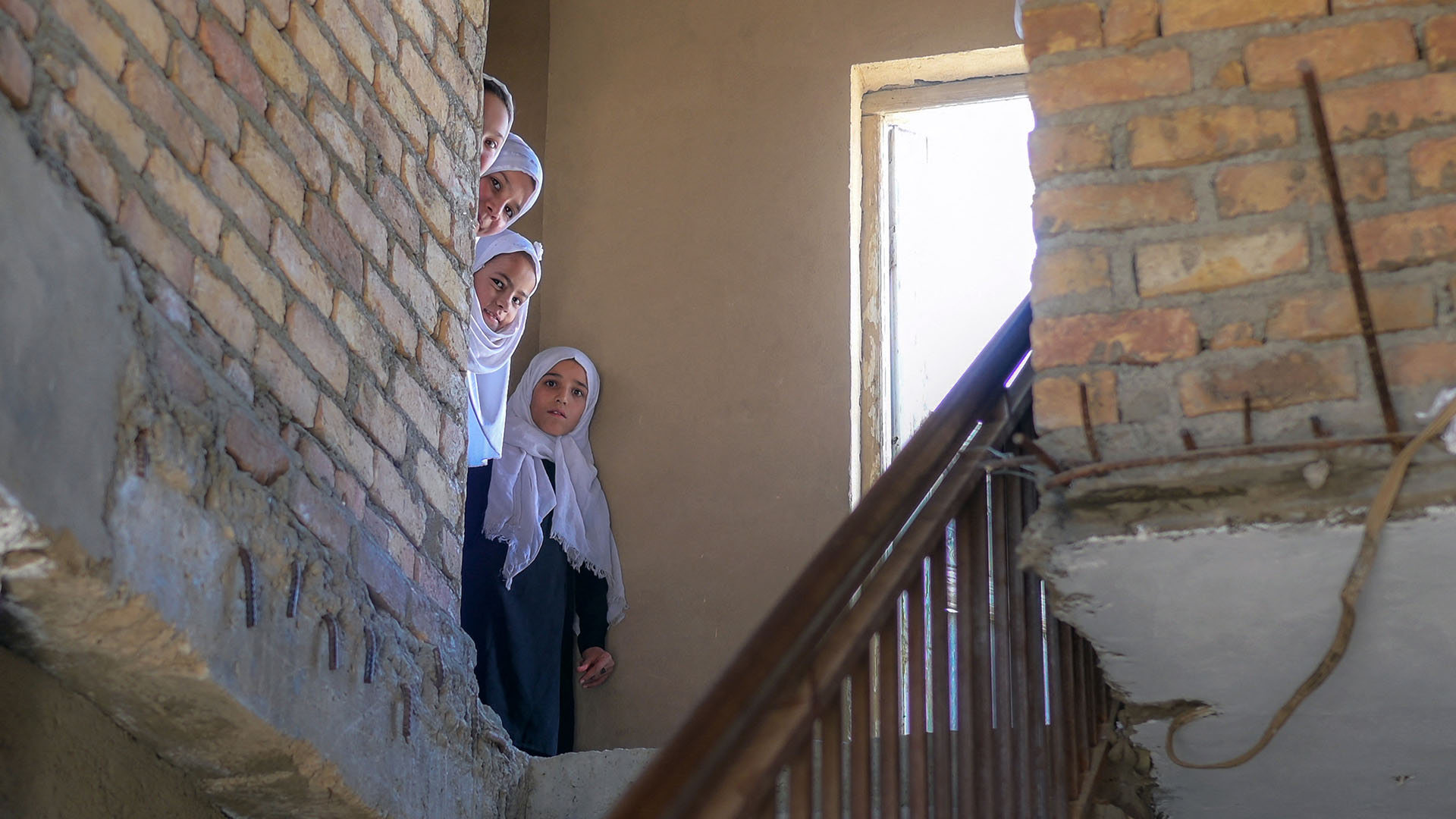 “Over the past year we have been denied human rights such as the right to education, the privilege to work, the freedom to live with dignity, freedom, mobility and expression and the right to determine and decide for ourselves.” (Photo: BULENT KILIC / AFP)

The Taliban reopened boys’ schools and instructed girls to stay home. The United Nations estimates that over a million girls have been prevented from attending secondary school in the past year.

“The current exclusion of girls from secondary school has no credible justification and has no equivalent anywhere in the world. This is deeply damaging to a generation of girls and to the future of Afghanistan itself.said Potzel, who is also the UN Secretary-General’s Deputy Special Representative for Afghanistan.

To celebrate the anniversary on Sunday, 50 girls sent a letter titled “A Year of Darkness: A Letter from Afghan Girls to Leaders of Muslim Countries and Other World Leaders”. The girls come from the capital Kabul, the eastern province of Nangarhar and the northern province of Parwan.

“In the last year we have been denied human rights such as the right to education, the privilege to work, the freedom to live with dignity, freedom, mobility and expression and the right to define and decide for ourselves”Azadi, an 18-year-old 11th grader from Kabul, wrote in the letter. The girls quoted in the letter give only their first names. 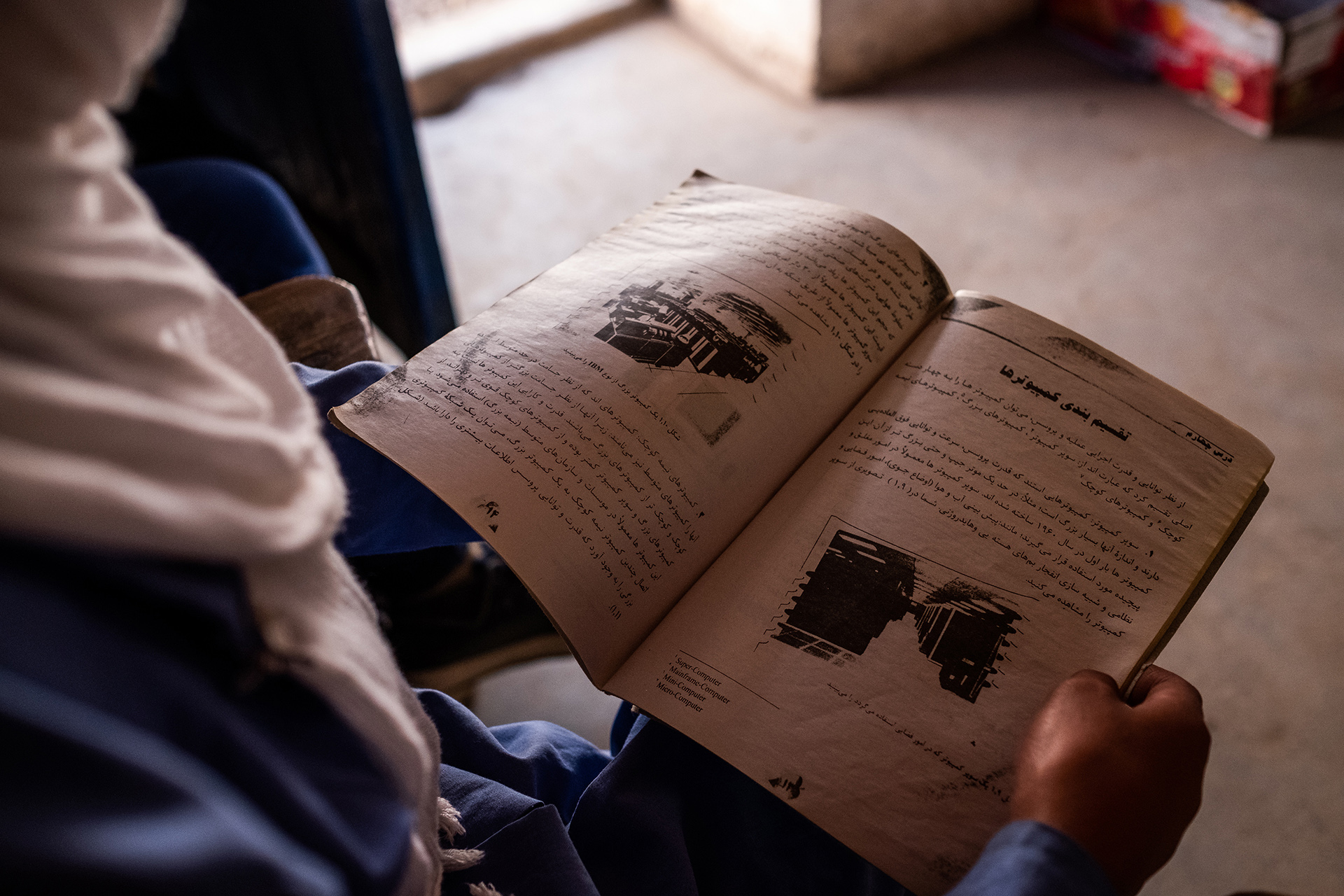 The religious group has broken several promises to allow the girls to return to school. The veto affects the 7th to 12th grades, which are attended by female students between the ages of 12 and 18. (Jim Hulebrook/New York Times)

The UN has said that denying girls an education violates the most basic rights of girls and women. This increases the risk of marginalisation, violence, exploitation and abuse of girls and is part of a wider range of discriminatory policies against women and girls since the new authorities took power in the summer of 2021.

The United Nations has again called on the Taliban to reverse a series of measures they have introduced that limit the basic rights and freedoms of Afghan women and girls.

Since taking power, the Taliban have struggled to govern and remain isolated from the international community. The economic collapse plunged millions more Afghans into poverty and hunger, while the flow of foreign aid was drastically reduced.

Human Right Watch has accused Islamic State of targeting religious minorities in mosques, schools and workplaces.
Afghanistan: Women’s group opens library to fight Taliban isolation
Forced to become a mother at the age of 8, she becomes a respected surgeon but must flee the Taliban for her life.
A year after the return of the Taliban to power, women are experiencing a real test in Afghanistan