Skip to content
by omeuoraculo.comPosted onSeptember 17, 2022
Russian President Vladimir Putin said on Friday that Russia was “in no rush” to end its military campaign in Ukraine.

Ukraine has restored about 6,000 km2 in the Kharkiv region, numerous towns and cities. No doubt these were important battles, but no one has won the war yet. It is interesting to refresh a phrase widely used in geopolitics: Russia is never as weak or as strong as it seems. The endurance of their ancestors is well known. But it is obvious that the Russian armed forces have made several mistakes and have not acted effectively; Putin will certainly work on a rapid process of reorganization and strengthening. But it takes time. That is why NATO now decides not to give him time and pushes Ukraine to more offensive positionswhile encouraging Zelensky and the Europeans to continue to endure the crisis arising from the conflict.

The outcome of the current initiative of the Ukrainian armed forces also depends on the degree of material support from the US, which has been intermittent and limited, but this has changed recently. The most advanced are their highly mobile HIMARS artillery rocket units, very successful in several battles. It is also not so easy for the US to provide advanced weapons systems to Ukraine because they cannot remove their stockpiles and have to buy from supplier companies, giving the Ukrainians more training. It is not yet clear whether the new US contributions will be large enough to make a possible difference in the course of the war, given that they must have the approval of Congress.

The new phase of the conflict took on the character of a full-fledged war, other than the one declared as a “special operation”. A war is a little harder to stop; usually you have to fight to the end; to victory or defeat and everything indicates that we are already in an “informal” state of war between Russia and NATO. Both the US and Russia have a lot at stake in this escalating conflict; if Putin maintains the occupation of Donbass, it will definitely intensify. If he loses it, he risks the stability of his regime, he may also lose his strategic vulnerability, as NATO forces will reach his border. Trying to defeat Russia has a clear message for China, related to a possible invasion of Taiwan. The US reasons that if Russia stabilizes in the Donbass, China may dare to try an escalation over Taiwan’s microprocessor factories. That is why the US is encouraging this tactical initiative by Ukraine with the strategic goal of dissuading China from the rapid recovery of Taiwan.

The US is looking for this deterrent effect in the very short term. Let us recall that the 20th Congress of the Chinese Communist Party will be held in October 2022, where President Xi Jinping will likely be confirmed in all his current positions (president of the country, head of his FFA and general secretary of the party). Xi Jinping has made it abundantly clear that Taiwan’s “unification” with mainland China is a legacy he wants to leave behind, something he intends to achieve under his leadership through political and economic means or, if necessary, by military force. Maybe his plan isn’t immediate until he secures more economic power, but he’ll certainly try it in the next five years. The US continues to maintain its policy of “strategic ambiguity” regarding Taiwan, but it would be convenient for it to provoke some tension now (Mrs. Pelosi’s visit) to strengthen its negotiating position and ultimately establish certain benchmarks for a concerted withdrawal. The US is playing the game of “preemptive deterrence”; nor does it want to provoke a major conflict that, if it occurs, will spread beyond Taiwan. Finally, the big business of achieving peace is to prepare for war (if you see pacem for bellum) and this implies huge sales of weapons systems. 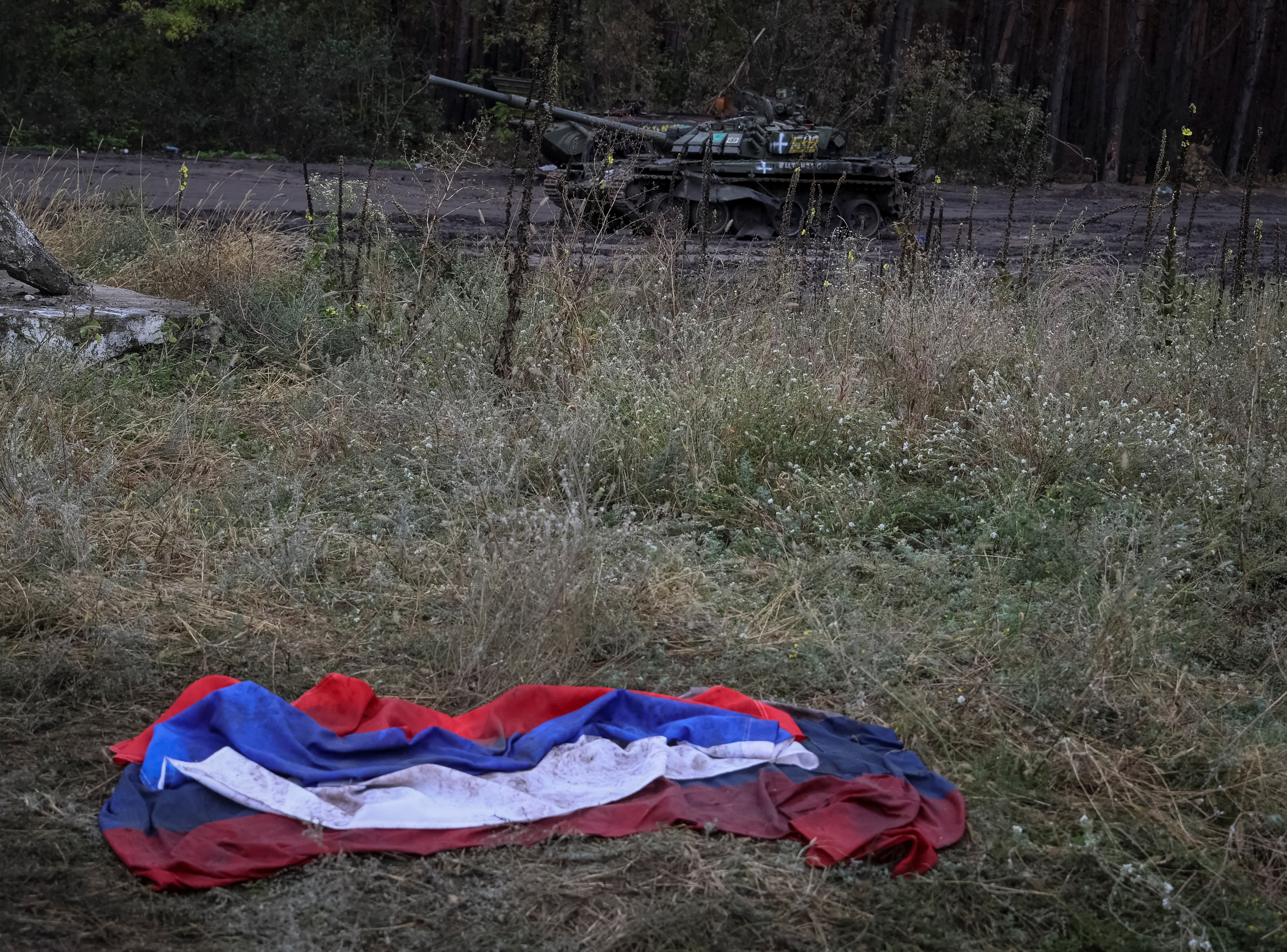 The Russian flag was abandoned after the Ukrainian offensive in Kharkiv

The Biden administration presented Congress with a new version of its “National Defense Strategy,” which emphasizes a new framework for “integrated deterrence,” “using all the tools of national power, as well as the input of its allies and partners, to deter future conflicts that can occur across multiple regions and domains.” He points to a number of technologies that will be critical to keeping your military ahead in future wars: AI, autonomous devices, space capabilities, and hypersonic technology. Some emerging technologies that are changing the nature of warfare are already being tried and tested in Ukraine: satellite imagery, autonomous drones, cellular communications and cognitive warfare on social networks, which today is the area in which they seek to dishearten other nations, demoralize their soldiers, raise their own morale, or win public approval of government measures.

Private Chinese companies, world leaders in drone manufacturing and advanced telecommunications, are working closely with the People’s Liberation Army (PLA) to accelerate the development and adoption of new technologies. This allows it to more quickly reduce the asymmetries it still has with the US. They have made significant progress in AI developments to power swarms of drones; in autonomous underwater vehicles; in electronic warfare; in advanced intelligence, surveillance and reconnaissance capabilities and in virtual reality technologies for rapid learning. The recent launch of the major virtual reality project of the North American company Meta (Facebook) is no accident. The symbiosis between private commercial development and defense demand makes it possible to dramatically reduce the cost of developing technologies with military requirements and specifications, as it unites suppliers, standardizes procedures, makes innovators compete and allows better project monitoring.

Despite the news reproduced by the media, Putin initially chose his advance into Ukraine with a strategy of “military gradualism”, trying to cause minimal damage to civilians and especially to critical Ukrainian infrastructure (energy and communications), with the idea that their domestic allies would they must continue to rule. But this was changing during the conflict. The rapid advance towards Kyiv with the use of conventional weapons characteristic of the last century did not help to achieve a psychological collapse of the Ukrainian regime. Entering “blood and fire” would mean another Dresden (WWII).

From this fact, NATO developed, within the concept of hybrid war, a plan for economic-financial sanctions and for the sale of gas; those that didn’t work either and were completely counterproductive; Russia found itself in a better economic position and strengthened with the creation of new markets for gas exports; the ruble became more expensive and Europe is in a quagmire. Even “The Wall Street Journal” warned of “a new era of deindustrialization in Europe.” USA and China, thank you.

Faced with the failure of the “economic blockade” against Russia, NATO enters a new phase of the conflict, a military escalation; through the Ukrainian counterattack, with more modern weapons. This presents Russia with new dilemmas: maintaining the war with Ukraine (reinforced with more sophisticated and destructive weapons) indefinitely; escalate there using more powerful and destructive weapons, including tactical nuclear weapons; or to attack other US flanks. All options are complex and difficult to predict. Despite the atmosphere of war, Russia does not believe that it is time for total mobilization, as this would be very costly to its economy. 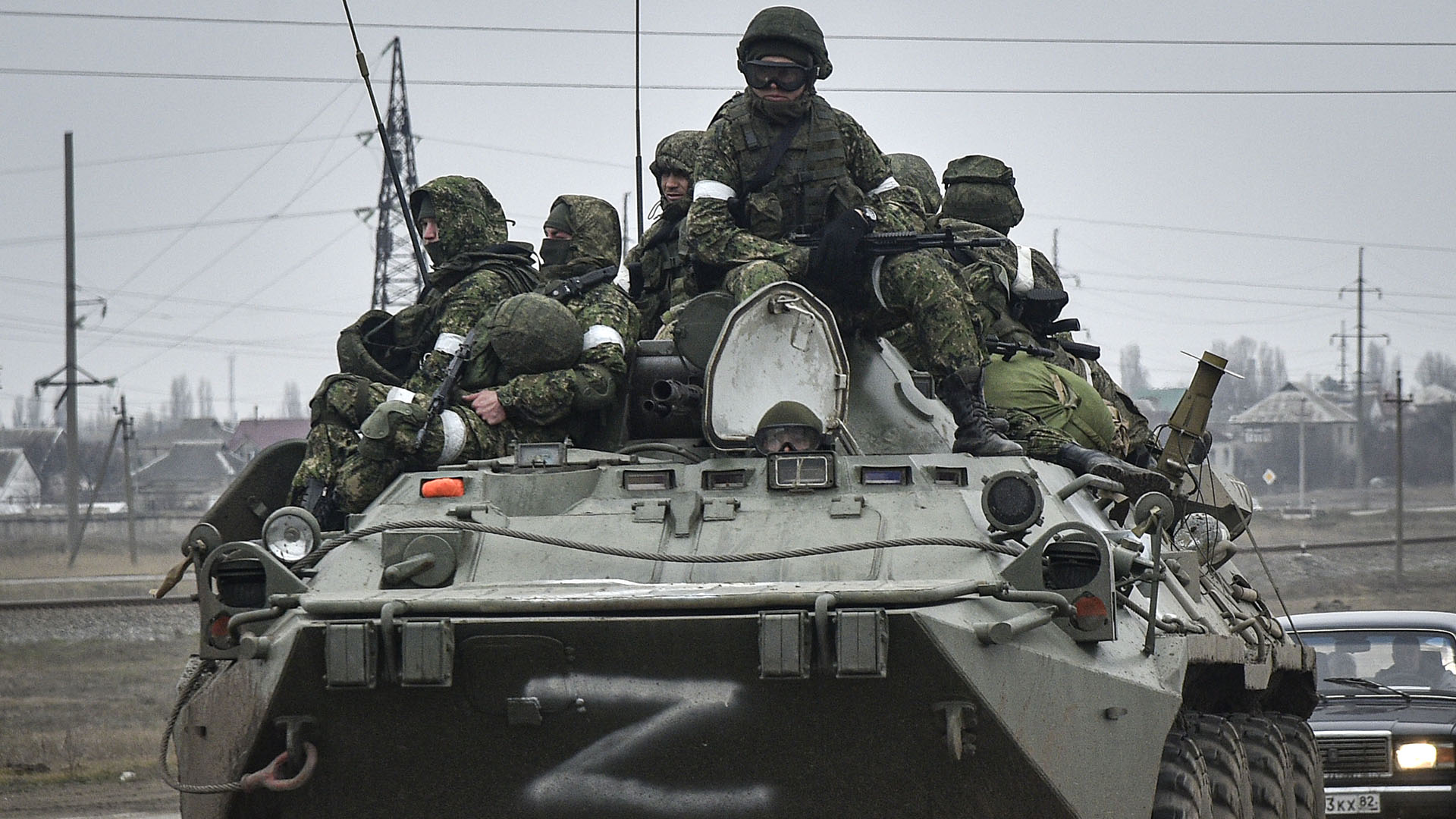 The first option (prolonged war) is economically exhausting and without a clear victory horizon, people will begin to become restless, demoralized and stop supporting the war. Kissinger recently claimed that the war between Russia and Ukraine could be compared to another “30-year war”; a deadly conflict that began in 1618 that ended with no clear winners, but with an agreement called the “Peace of Westphalia” in 1648, which laid the foundations for the principle of national sovereignty, according to which states must sit down to discuss as equal and collaborate to find solutions; is what we now call multilateralism. But little is being done.

The second option for Russia, this is also problematic, as a Russian military escalation (already rehearsed with attacks on power generation; continuing with power grid nodes, water treatment facilities, or command facilities with NATO “volunteer” personnel) could justify another large-scale progress from the West; a devastating war across Europe would be its consequence (WWII memories?). It is clear that the US is very interested in weakening and fractionalizing (Balkan style) Russia so that it does not remain king of the Eurasian continent. That is why NATO leaders have no intention of negotiating peace for now.

third It is linked to Syria, where the strategic interests of the US, Israel, Turkey and Russia converge. The alternative of generating a proxy war by Russia, through its Syrian allies, would lead to an imbalance in the current critical situation, which could be the subject of direct negotiations between Russia and the US. Nor would the American people welcome a new involvement of their official troops in the Middle East.

Unlimited warfare is multifaceted and takes place on all planes and in all spaces. Its solution depends to a large extent on the clarity of national strategies, on the decisions and determination of leaders, on popular resilience and on large state investments, the output of which is the big business of the technological and business elite.