According to the institution, professional soldiers in this phase have mastered the techniques of displacement and fighting in winter mountains, among others, facing high altitude, sub-zero temperatures, poor visibility and several meters of snow.

This period provides an opportunity to increase the tactical and technical capabilities of the military unit and thus to have a specialized composition for action in emergency and catastrophic situations, in hard-to-reach geographical conditions and in unfavorable weather conditions.

The troops carried out a reconnaissance march through snow-covered terrain in the Cordón Esmeralda sector, 1,600 meters above sea level, gaining knowledge such as building shelters, moving on skis and surviving in mountainous areas.

This last activity made it possible to verify the effectiveness of the training received by the 25 professional soldiers of this unit of IV Division of the Chilean army during the winter campaign.

20th CAD Cochrane Commander, Lt.-Col Francis Peñapointed out that a basic requirement of the course is to have “the physical, psychological and technical ability to withstand the demands required by the training and also by the environment”.

Commander Peña indicated that military personnel require a “high level of specialization”, recalling that in this scenario they could face various troubles such as places with difficult access, vertical obstacles, low temperatures, snow, rain, poor visibility conditions and, ultimately, evacuation of the wounded and sick. 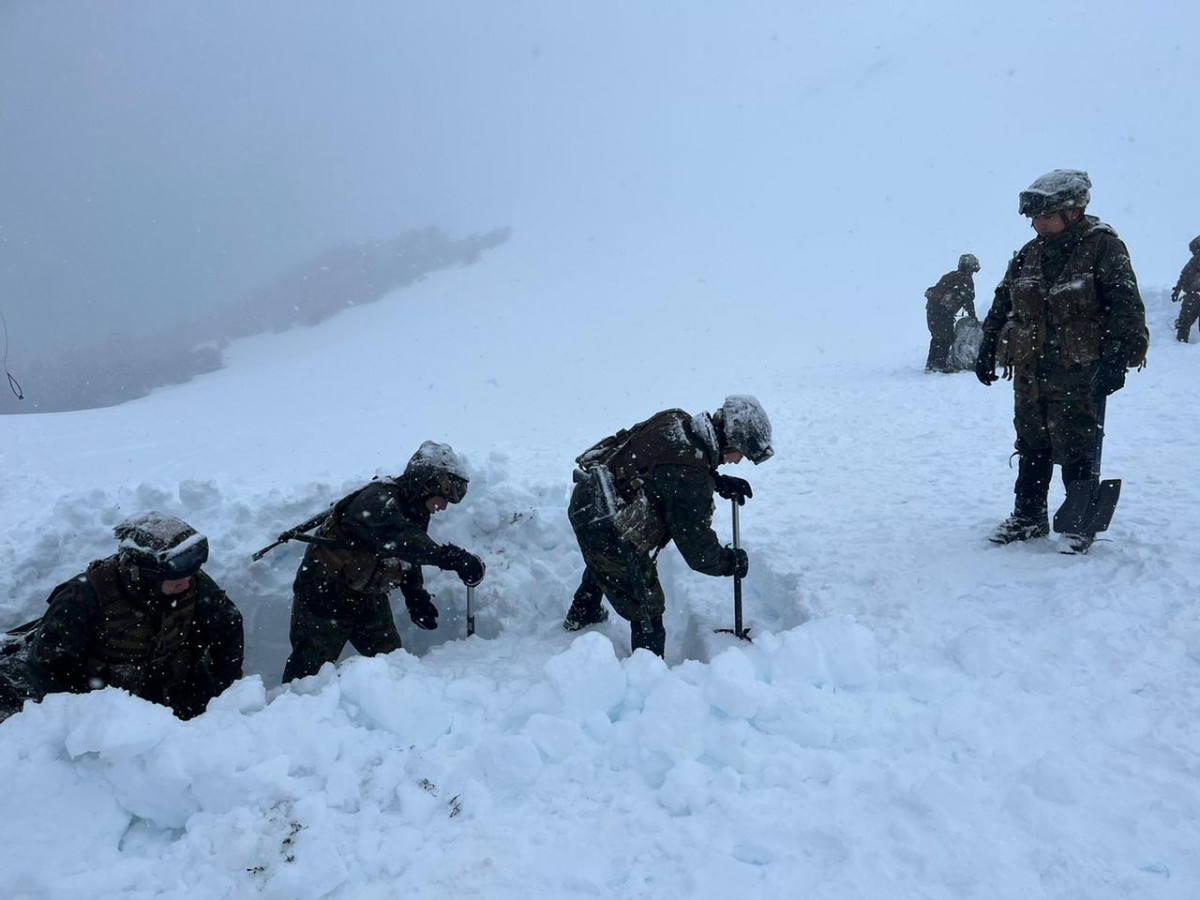 Construction of a shed for snow. Photo: Chilean Army

“The main difficulty is the terrain we are working on, and to that is added the adverse weather conditions we have experienced these days,” said the professional soldier German well, who, despite the complexity, admits that “what motivated me was the mystique that this specialty represents, as well as the way in which its soldiers are prepared.”

This type of training can be used to directly benefit the community, as it is the community that prepares those who will be employed as eventual mountain rescuers, especially in the winter in tourist areas.

“If the unit is trained for military operations during war or crisis, which is the most complex and chaotic, without a doubt it will be able to stand up in operations other than war,” explained Lt. Col. Peña.

Guardians of the Patagonian Ice

CAD No. 20 Cochrane was created to contribute to the development and integration of a sparsely populated area isolated from the rest of the country and of great strategic importance. It has the capacity to cooperate with the community in natural disasters, perform mountain rescue, perform aeromedical evacuation, conduct social actions for the benefit of the population and support national and foreign scientific expeditions. 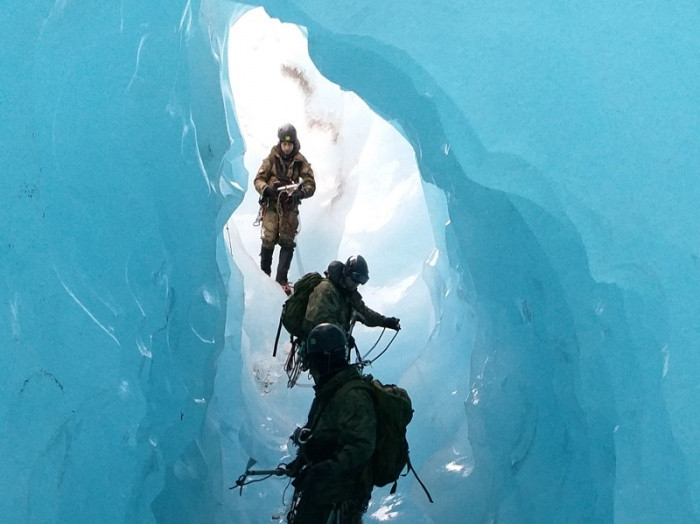 The origin of the unit dates back to 2006, the year in which the first studies were carried out to create a mountain unit that would strengthen national sovereignty and play an integrating role with the population. In the period 2006-2007, the place where the future barracks will be located, the organizational structure, staffing and equipment were determined.

Subsequently, the institution formed a Andean Platoon in 2007 as the base unit to form the final personnel of the company, and on August 12, 2008, the decree was signed creating the Cochrane Andean Company, dependent on the IV Army Division and garrisoned in the municipality of Cochrane. 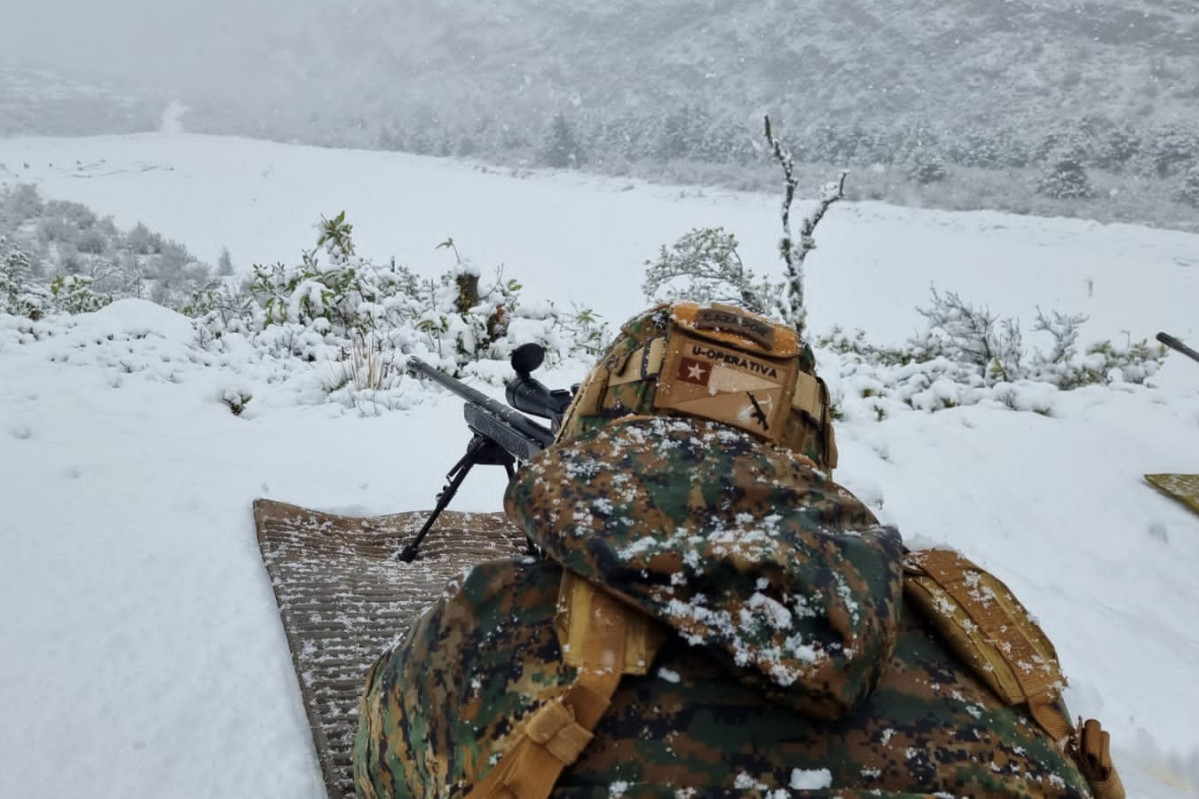 In August 2012, the headquarters of the division was opened. It consists of a central headquarters pavilion; maintenance box for 4×4 cars, trucks and snowmobiles; gym with an area of ​​968 sq.m.; guard; kitchen; warehouses; breastfeeding; dormitories for single personnel and 21 houses for the families of 4 officers and 17 non-commissioned officers. The construction of 8,826 square meters involved an estimated investment of 15 million dollars.

In 2016, Compañía Andina N°20 Cochrane increased its capabilities by including the personnel transport boat (LTP) Captain Ihl built by the industrial plant of Asmar Talkauano. The vessel was used in the transfer of troops and materiel from Bahamondes Bay to Villa O’Higgins to provide liaison and support to the forward force based there as it penetrated Campo de Hielo Sur.