Skip to content
by omeuoraculo.comPosted onSeptember 14, 2022
Last Days in Berlin, by Paloma Sánchez-Garnica. (Design based on photography: Jesús Avilés/Infobae).

It wasn’t the first time he’d tried it, and it was very close. Just one voice. That was the difference, even though his novel could have won it all. It is fiction with the necessary nuances to stick in the readers’ memory.

When Paloma Sánchez-Garnica started writing “Last Days in Berlin” He was not very clear about what would happen to his characters. He knew, of course, what course he wanted to take, but that he had charted it was not enough. The novel makes itself, it almost writes itself, presents the author with a new course, an alternative path.

The plot of this story focuses on a difficult stage in Yuri Santacruz’s life. When he attended the appointment of Adolf Hitler as chancellor, it did not occur to him, as to many people, that his life in the German capital would change so much. He arrived there a few months ago after fleeing with part of his family from St. Petersburg, suffocated by a revolution that had left them with nothing. Yuri was also deprived of his mother and little brother, whom the Russian authorities did not allow to leave the country.

Already in Berlin, his sense of justice will lead him to protect a young communist attacked by Hitler’s stormtroopers. This day, he will also meet his great love Klavdia. His life will take an unexpected turn, and what until then had been his main priority, searching for his mother and brother, will be replaced by a more urgent one in these turbulent times: staying alive.

A great story of love and war, of struggle and survival. A narrative delight. Say the text on the back cover of the book. About her writing, the Spanish author spoke to Infobae and recalled the obstacles she faced while writing.

Paloma Sánchez-Garnica has a degree in law and geography and history. Author of “The Major Arcana (2006) and “The wind from the east (2009), his novel “The soul of stones (2010) was a major sales success. “The three wounds (2012) and above all “The Sonata of Silence (2014), which was adapted into a TVE series, marked her initiation as a writer of great literary personality.

“My memory is stronger than your forgetfulness” (Fernando Lara Award for Novels 2016), of which five editions have been published and which have been translated for all English-speaking countries, “Sofia’s suspicion (2019), which now has twenty-two editions, and “Last days in Berlin (a finalist for the Planeta 2021 prize, which eventually won “the beast”by Carmen Molla), received extremely well by critics and readers, once again confirmed his successful literary career.

“Immediately he began to run with extraordinary speed. Yuri turned to the group that was already starting to disperse. His hand was shaking so badly he couldn’t pick up the key properly. There was a painful throbbing in his temples and his lip burned as if there was a burning torch inside. He tasted the pasty taste of blood. Finally he opened it, entered through the portal, and rushed up the stairs. He went to his attic with his heart about to burst in his chest. He pressed his back against the wall and sat on the floor panting. He was panting as if the oxygen was not reaching his lungs, he felt as if he was suffocating. He took off his gloves, took off his scarf, as if making a rope around his neck, but still he felt an unbearable tension. 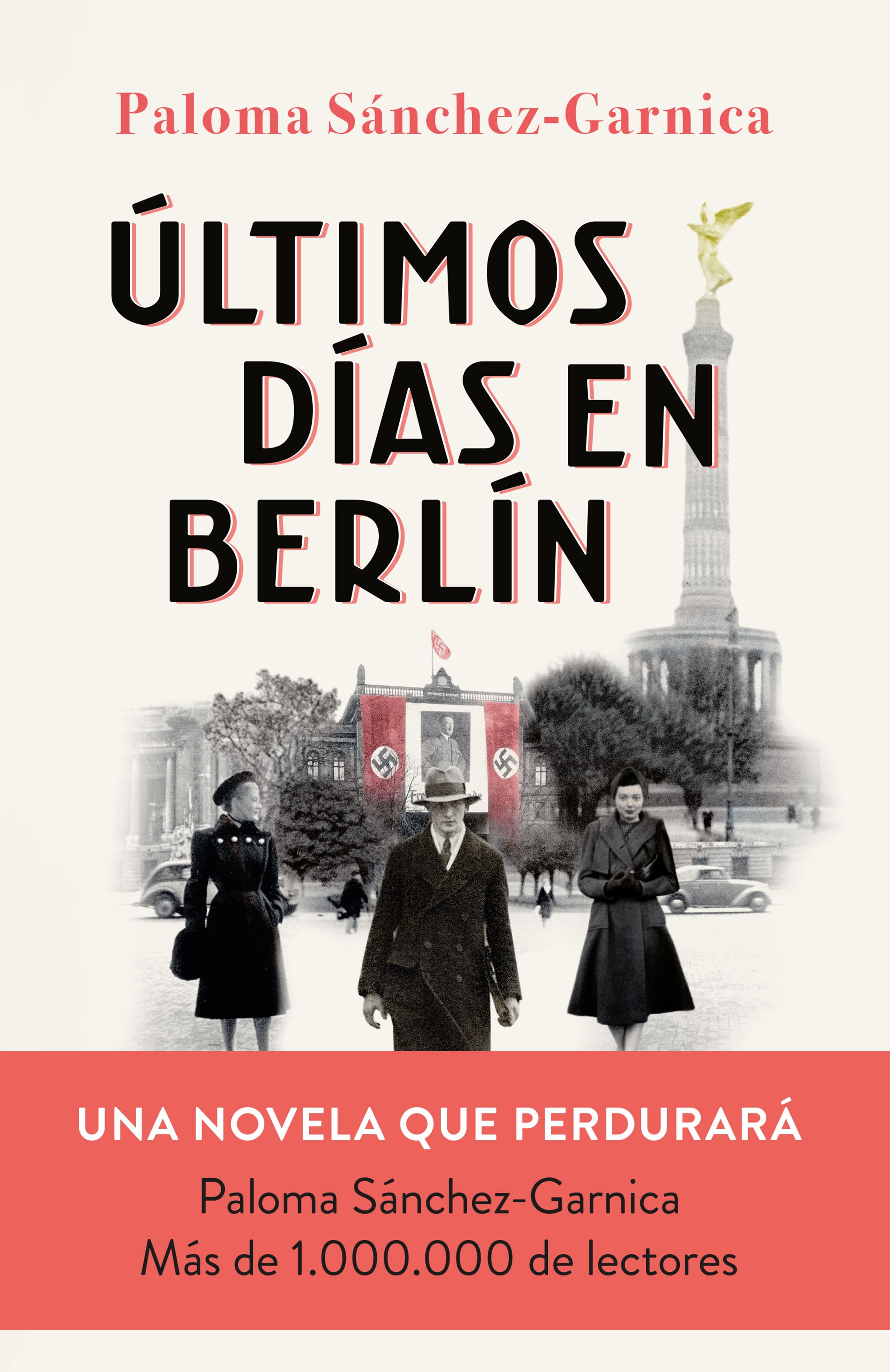 — Why does the novel seem to be trying to address the story of a time that has been told so much but ends up being somewhat displaced by what the characters want to tell?

— The first thing to say is that this is not a historical novel. This category suggests that there is an event or historical figure around which the fiction is woven. I’m not looking for that, what I wanted was to make ordinary, ordinary human beings, people who live on the street, whose decisions only affect their personal environment, to live, to be, to interact at a given moment, with certain laws and political systems; some customs, some moral principles, which change according to circumstances; Some prejudices that also change and all this conditions the way these characters, who are like you and me, act, their way of being in this world.

That’s what I wanted to do, that’s what literature ultimately offers. Many times they have put the label “historical novel”, but this is a mistake. I’m not dealing with the actual characters of World War II. Some appear, are mentioned, of course, because it should be, but the story is not about them, but about people who lived at that time, who suffered it. If it had to deal with such things, then all novels would fall into the category of historical fiction, anything that deals with the past in one way or another.

Where is the story set? Fictions that take place in 2015, in 2010, those that go all the way back to 2005? The historical novel offers a treatment of fact that cannot be changed, something that properly lends itself to historiography. From there, the whole back room is given, the privacy around it. I didn’t do that.

— What happens to Yuri because he seems like a character who refuses to accept his weakness in love?

— Yuri is a character who has a little bit of everything. To me, this is a shining example of this type of people who have a special sense of justice, with those unshakable moral principles that are sometimes difficult to maintain. It came from very close people whom I adore, but it came out perfectly to me after re-reading the Doctor Zhivago, by Boris Pasternak, which also features Yuri. The experiences of this character that he had as a child, the way he has to face this time of the Russian Revolution, these constant displacements and how he manages his relationships, his respect for his wife, his love. This seemed worth it for my character. This is also the reason why he submitted the novel for the award under the pseudonym Yuri Zhivago.

— The central theme here is the struggle for survival, but I think this is a novel about the power of love.

— I started the first chapter of the novel without really knowing where I was going. He had no idea that in this chapter Yuri Santacruz would meet the two people who would change his life. They interfere with his stay in Berlin. This novel is about love, but also about friendship, feelings that ennoble us almost equally. They tend to appear at the most devastating times, even when they shouldn’t. They give us strength to survive, to face death. It is these feelings that distinguish us with dignity as human beings. It always has to be in my novels because in real life people have these feelings and of course their counterpart too.

— What were the aesthetic challenges of writing a novel like this?

“Anything related to the Soviet world.” We know a lot about the Nazis, but we still have a very vague idea of ​​them. I studied a lot the names, the nicknames, the linguistic structures around their relationships. A cousin who has been working in Moscow since 1991 was very helpful to me. This helped me to define those passages where I am interested in dealing with the Russian mentality very well. If it wasn’t for her, I wouldn’t have done it. Everything is very complicated.

— Was there any documentation process or did the novel itself dictate its course?

“It was long, long, but necessary.” I had to consult many essays and novels in particular at this stage. Diaries of ordinary people who recorded their experiences, or fictional stories based on real ones. This “introstory” is what allowed me to leave my own reality to pour myself out there, in those years, in that space. I accompanied my heroes in that Nazi Germany, in that Soviet Moscow. This is allowed only through reading, and not only books, but also movies. You should read everything. I never stop doing it. When I write, there are shorter moments of reading, but I don’t stop reading. I learned that we must be alert.

“Not long after, he won the Planet Award.” What are you working on now?

“Well, I mean the same thing I think about writing every new novel.” My ambition is for it to be better than the previous one. My challenge with each book is to push myself and learn and come up with something that allows me to understand how people like us managed to live in times like these. The initial challenge is getting started. We’ll see what happens.

Colombian writer Juan Carlos Botero reappears with Random Facts, a novel with an autobiographical feel
Mariano Sigman looked for tools to live better and found them in science: “Words must be used carefully”