Thursday 27 and Friday 28 February 1975 are commemorative dates for the marriage of Sofia Angelina Gutierrez Otero and Manuel Ceballos de Novelowho at the time were administrators of the Hotel Hacienda Uxmal, in whose apartments 40 and 41 on the second floor Queen Elizabeth II of England and her husband Philip, Duke of Edinburghin the visit the monarchs made to the archaeological site of Ushmal on this occasion.

The death of the monarch, last Thursday, September 8, brought back to the couple the memories of that visit, and immediately out of the drawers and filing cabinets came press clippings, photographs, letters, documentsto recall some of the details of such a momentous event.

Although for nearly 70 years the Hacienda Uxmal Hotel has hosted famous world leaders and political figures from different parts of the world and our country, this visit of the King and Queen of England will be recorded by opening of the light and sound show in the archeological area of ​​Uxmahe, that one pouring rain it erupted that night and a brief but special meeting with the distinguished guests in his apartment shortly before his departure.

From the warmth of their living room, Sofia and Manuel share with him Daily some details that come out of these memories displayed on the table.

The Hotel Hacienda Uxmal, owned by Fernando Barbachano Peon, dates back to 1955. Its appearance coincided with the boom that was acquiring the archaeological site of the Puuk route.

You may also be interested in: Balmoral Castle, the last home of Queen Elizabeth II. Its history and importance to the British crown

It was conceived as accommodation that was ahead of its time, comfortable, very complete and with unique horseshoe-shaped beauty, more than 90 rooms with two floors overlooking the central garden and pool and surrounded by jungle.

For 30 years, Sofia and Manuel were administrators from the place, there they met and later married.

As a hotel of recognized prestige, it was not uncommon for various personalities from politics, art, culture and religion to stay there.

Practically at the end of 1974 it became known that Queen Elizabeth II of England and her husband the Duke of Edinburgh they were going to visit Mexico and the Yucatan was on the itinerary, specifically the archeological site of Uxmal.

The hotel he was in charge of was chosen by the Mexican government to house the royal couple and their entourage.

Also read: Death of Queen Elizabeth II. So you can leave a farewell message in the virtual book of condolences

For two months, both hotel managers and their staff devoted themselves to obtaining a intensive protocol and etiquette training to save for the monarchs.

Although the hotel is always in excellent condition, no effort or budget has been spared to keep it looking immaculate.

“The suites 40 and 41 were adjacent and the best in the hotelThey were located upstairs and connected to each other, had terraces, living rooms, main room with two double beds, furniture, bathroom with hot water, shower and bathtub. The monarchs spent the night each in their apartmentSofia recalled.

An advance group of monarchs arrived in advance to arrange appropriate security measures at all accommodation for the Queen and her husband.

“There were no big demands. but the place was comfortable, functional, safe, quiet. The only thing Queen Elizabeth asked for was a mirror with three moons, which she was immediately given,” Manuel said.

The kings “discovered” the light and sound of Ushmal

“The Queen and her entourage arrived by coach and settled in, the monarchs were guests of honour opening of the new sound and light show of the archaeological site of Ushmal, an event that was marked by the torrential rain that fell,” Sofia said.

“However the only umbrella available was offered to Elizabeth IIshe turned it down on the grounds that if there weren’t enough umbrellas to cover them all, she wouldn’t take it,” Sofia said.

“I’m sorry about the rain, they told the Queen, but she replied that rain was something that was almost always present in London and that she was used to it,” Manuel said.

Other details that emerged during the conversation: the hotel had given out gifts in the rooms of its distinguished guests, and a suit for her and a guayabera for him, a garment he had used the day they left the hotel. Breakfast basically consisted of fruit, coffee and bread; for lunch the menu was stuffed cheese. 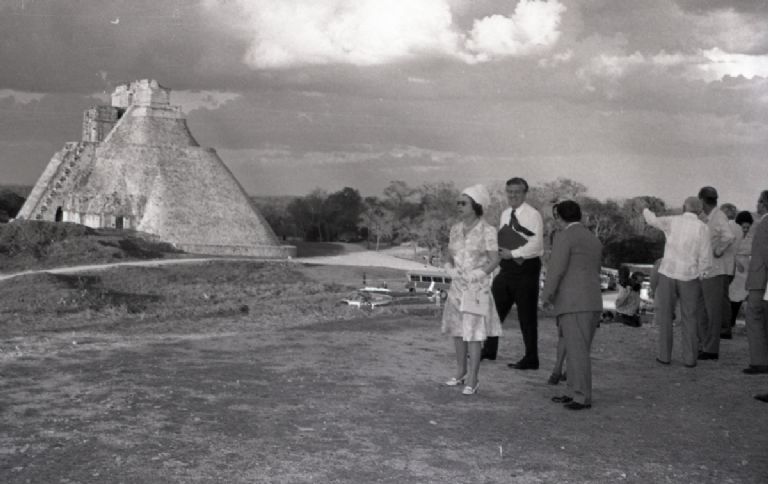 What were the rooms of Queen Elizabeth II and her husband?

The rooms of the monarchs were equipped with linen sheets and They had fans but no air conditioning.they had mosquito nets on the balcony doors so leaving them open allowed for natural fresh air to come in without mosquito problems.

Curiously it turns out that it is a very English tradition to drink tea at five in the afternoon, the hosts had to ask friends who are members of famous families of Yucatecan society for the best silver tea sets to offer this favor to Elizabeth II.

The long-awaited private farewell meeting of the monarchs with their hosts finally took place, held in the Queen’s suite.

Hotel administrators were previously instructed on how to conduct this meeting by never turning their backs on dignitariesdon’t shake hands with these unless the kings do it first. As they left, they had to take a few steps back before turning around.

We recommend: Carlos III’s intense activity at the beginning of his reign

The Queen presented Sofia with a box containing several photographs of the royal couple.

“It was a very special and memorable visit, the queen was beautifulShe had a very beautiful blue dress, and her necklaces were exquisite, her complexion smooth, and her eyes blue and expressive; The duke was tall and handsome, a real gentleman,” recalls Sofia. 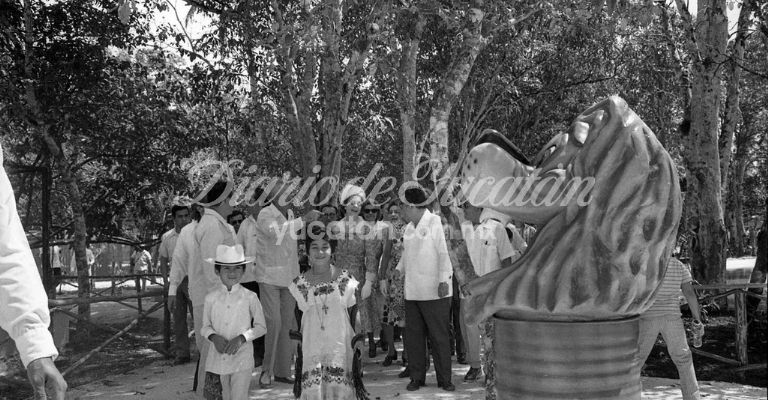 Letter from the Royal House to hotel administrators and staff

On the 1st of March of the same year, just after the visit to Uxmal, on behalf of the Queen, an authority of the royal house sent a letter to the administrators and staff of the hotel Hacienda Uxmal.

In the letter, the queen and her husband expressed their full satisfaction with care and services provided from the hotel on the days they stayed, and they sent the hotel administrators a photo of the two of them, signed by them and sent from the yacht Real de la Reina, anchored in the port of Veracruz.

For Sofia and Manuel, the death of Queen Elizabeth II and that of her husband last year was something very sad, but it also revived the memory of this visit they enjoyed so much.—Emanuel Rincón