The “Musicians in Nature” concert is experienced long before it begins. With people around before the doors opened, the first lines, drinks and hats to brave the heat which was intense in the afternoon. On the 15th anniversary of this musical event, a change in atmosphere is noticeable, with younger people than previous editions, perhaps then with more classical artists, but with the same zest and desire to enjoy. There were many groups of friends as well as families who came together, albeit with different musical tastes.

Security was very visible, even with dogs or a helicopter, as well as health resources for any incident that might occur, although the first bars went smoothly.

Since the doors opened, the public began to enter with great calmness and enthusiasm. Of course, they had to go through the appropriate checks, bags and backpacks were checked, there were no bottles with corks and everyone had to wear the required wristband. After passing the entrances, it was a short walk to the area with various food and drink bars and the two stages set up for the occasion. The audience chose to sit on the esplanade, it was not for nothing that there were many hours ahead. However, preferences are visible from the first moment, with groups that went to the first row of the stage of the first concerts, but which were placed directly on that of C. Tangana.

Others preferred to walk around, buying souvenirs from the concert, and what was not missing from any hand were mobile phones, immortalizing this special occasion. And this happened even before entering the hall, as there was a photo session with the images of the artists, in front of which many posed and others sought shade.

All this has happened since the early afternoon, but the truth is that the organization has been working hard, with 600 people responsible for making sure that nothing is missing in recent days. This organization was noticed even in the reserved parking areas and all the signs so that everyone knows how to get there without a problem. The veterans had no problems, but neither did the first-timers. And in the audience there were people from different places, many from Castile and León, although people from Madrid were also very present.

In addition, the ticket offices continued to work in the afternoon for the stragglers, so that no one was left without their ticket. 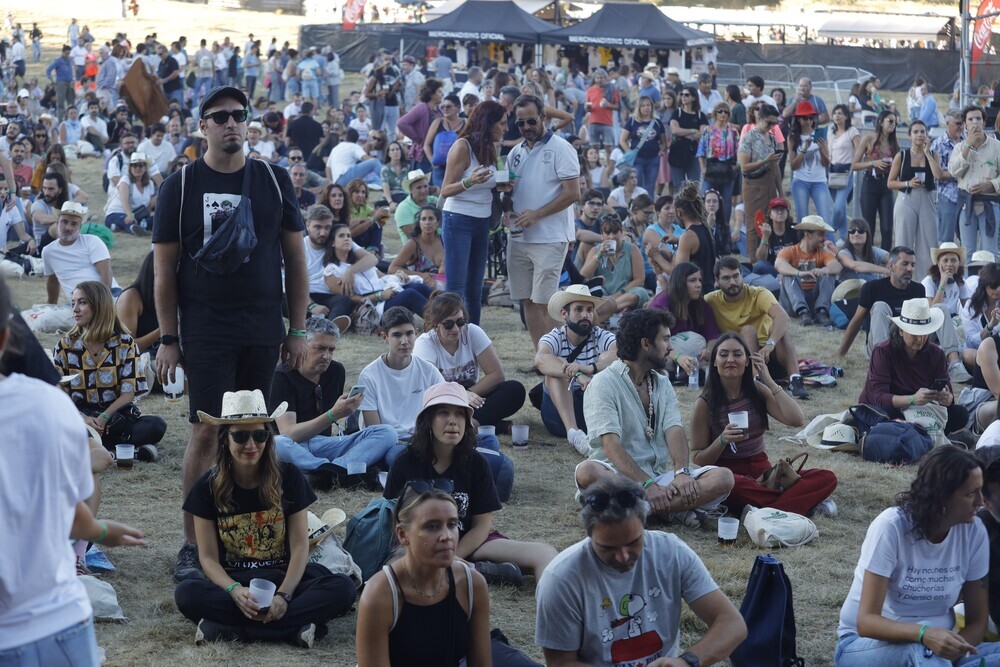 Ecological kit. Since the concert takes place in a place like Gredos, an ecological jewel, the supply of ecological kits was not lacking thanks to the volunteers and with the cooperation of Ecoembes. They consisted of a bag with a garbage bag, a recyclable plastic cup and an ashtray inside. Because the music was important, but also everything was clean.

Tourism and taste of the countryside. The concert in Gredos is not only a musical event, but also offers an opportunity to promote a province like Ávila, which has one of its main economic resources in tourism. The simple presence of the concert is a promotion, as one of the most beautiful areas of the province is known and many people take the opportunity to spend the night and make routes. But this year another step was taken in the promotion, hand in hand with the Diputación de Ávila.

Outside, next to the Casa del Parque, was the institution’s trailer, where the country’s attractions were advertised and gifts were given out, such as the prized hats that many wore. 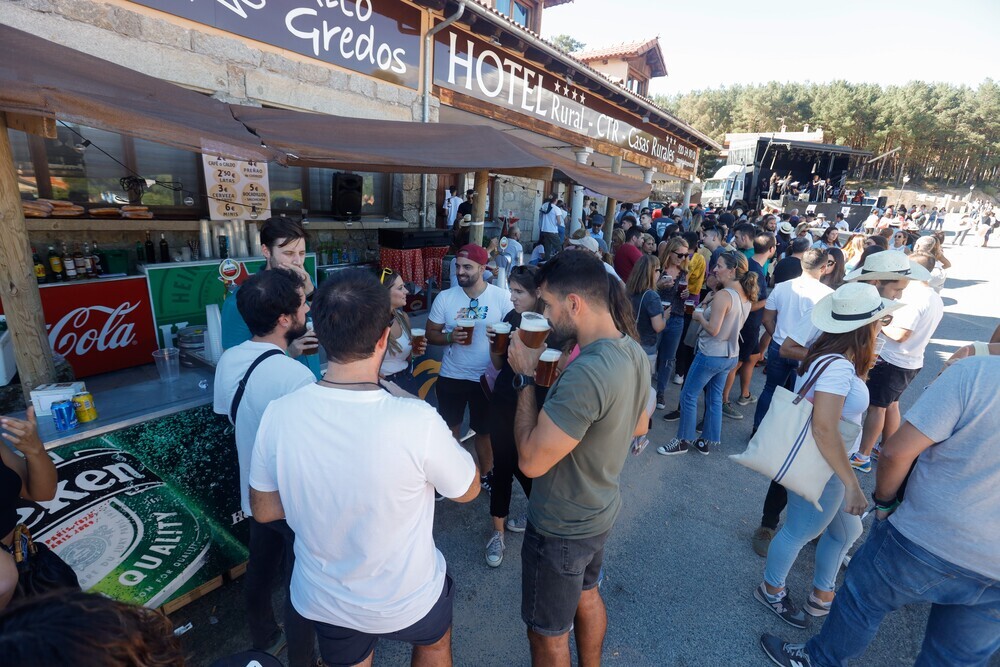 Once inside, it was time for “taste”, in this case with Ávila Auténtica, which offered food from its collaborators, including hamburgers with Carne de Ávila, but also ham, fillet or cheese sandwiches, Ávila bread and chips. Attendees passed by this bar to sample some of the flavors and take a double memory of Avila, on the palate and in the ear.