IN CONTEXT: What will happen to Harry and Meghan after the death of Queen Elizabeth II?

Died on Thursday Isabel II he had his share of family problems for the rest of his life. In fact, it was his son andrew, considered a favorite of his, who overshadowed his last years in office with a charge in New York of sexually assaulting a minor as part of his friendship with the late millionaire Jeffrey Epstein.

He avoided trial with a settlement after paying millions to whistleblower Virginia Giuffre, but lost his military titles, was stripped of the use of the title royal highness and became an outcast for the family.

with his eldest son Carlos, who takes the throne after a life of waiting, relationships were often complicated. Elizabeth was 22 when he was born and 24 when Princess Anne arrived.

She was still a princess then, the heiress of Crown, but sometimes left for months at a time to be with her husband Felipe, a naval officer stationed in Malta, or for tours abroad. Carlos and Ana remained with their nannies and governesses, as had happened to Isabel in her childhood.

Carlos’ nanny was “very authoritarian,” Penny Junor, an expert on the monarchy, told AFP. “The princess was young and the nanny took her in.”

Isabel “hoped the nanny would bring Carlos in for half an hour at tea time.” For this expert, there is “no doubt” that the Queen loved her family. But she was very busy with her duties and “wasn’t very expressive.”

In old photos and videos, the smiling sovereign can be seen posing with Charles in his pram or shaking a rattle for Prince Andrew, born 11 years later of the first born. But tenderness is not appreciated. When little Carlos, 5, is reunited with his parents, who are returning from a several-month tour of the British Commonwealth, the Queen reaches out.

“He was more distant than indifferent”, the Prince of Wales would later say in an authorized biography. “If it was a horse or a dog, they’d be a lot closer,” says Penny Junor of Carlos, a sensitive and clumsy boy, and his mother, who loved corgis and horses.

Princess Anne, an exceptional rider and outgoing person, will share this passion with her mother, bringing them closer together during adolescence. However, the protocol does not help: children and grandchildren must bow before the sovereign.

The relationship with Carlos being the heir to the throne is even more complicated. His fate depends on the death of his mother. “He always adored his mother, he put her on a pedestal. But it’s not a mother-son relationship, it’s more of a monarch-subject relationship,” says Penny Junor.

The four children will be sent from the youth center to boarding schools. In 1992, three of them would separate from their partners: Ana divorced Mark Phillips, Carlos separated from Diana after a disastrous marriage, and Andres from Sarah Ferguson. Annus horribilis, said the sovereign.

For years, Isabel would reject the idea of ​​remarriage Carlos with Camila, her beloved and longtime lover. In fact, he did not attend his civil wedding in 2005, although he hosted a reception at Windsor Castle.

“I don’t think there was the slightest element to suggest that he didn’t care about us,” Princess Anne will say of her mother in a BBC documentary. In recent months, the Queen has had to deal with the threat of a book of classified secrets from her grandson Enrique, who abandoned his monarchical duties and rebuilt his life in California with his wife, American actress Meghan Markle.

The couple expressed their displeasure against the royal family in a 2021 interview on American television, suggesting it was racist. Scheduled for the coming months, the book’s publication may now be in doubt following the monarch’s death.

Her grandson and Crown Prince William, with whom she was very close, paid tribute to her in the foreword of a biography in which she hailed “her kindness and sense of humour”, her “love of family” and “life of public service”. which served as a “model”. 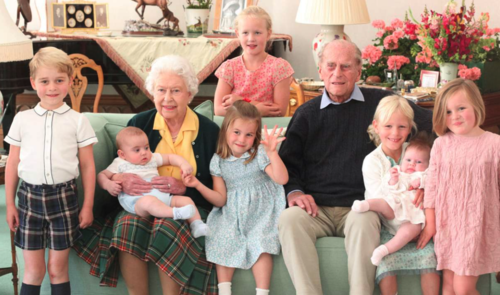