take down, fly away is an international biennial discussion forum promoted by Chef Angel Leon, to foster a gastronomic revolution in favor of nature. It aims to be a bracket in the frenetic daily rhythm of dialogue and awareness of the role of the kitchen in the territory, of the way we treat the environment and an opportunity to listen and reflect the role that the hotel industry wants to take on in today’s societywith the conviction that he is trying to create a more engaged world in which avant-garde and tradition go hand in hand.

Under the premise of disconnecting from routine to connect with nature, this year’s edition will be held between September 11 and 14will include different gastronomic, philosophical and artistic interpretations with this aim, always with a focus on nature and on the obsession of Ángel León to continue to protect the biological and socio-ecosystem importance of the province of Cádiz, as well as the preservation and promotion of the natural heritage of Andalusia.

“Despeschi It’s a way of bringing together the world’s most influential chefs to step out of the day into the day, leave the ego out of the kitchen and bare themselves, that’s the soul of Despesques. I am very lucky because there will not be a multinational company in the world that can gather so much talent.

The aim is to restore the word NATURE, to listen to nature and ourselves, to understand, reflect, learn; We’ll use gastronomy as an excuse, but we’ll do it by eating with our hands and talking face to face with her. They all come from a very good mood and that has a lot of merit, because all these people for a few days and use the time they don’t need to come to Cádiz, Andalusia, to participate in something that makes me very happy.

But it won’t be just chefs, this year there are people coming who I’ve been following for many years, people who have a lot to say, scientists who will help us stir our conscience. Music will also be very present, of course, from the hand of dedicated people, so we will take advantage of everything to try to be consistent in our hell day by day, “announced Angel Leon.

«This third edition examines the Sierra de Cádiz, in Los Alcornocales Natural Park, and consolidates a movement of chefs who look to nature to evolve towards a better future. Without nature, there would be no products to cook with, and chefs champion healthy, organic and local produce, so gastronomy can be a transformative force for conservation. Nature can be preserved with a fork in hand, and chefs need producers who care for the earth.

Ángel always asks to invest time in buying healthy and local products, to teach our children to cook and to find in food not only a source of happiness but also of health. Los Alcornocales becomes for a few days the embassy of nature, history, culture and gastronomy»commented Juan Martin Bermudez. 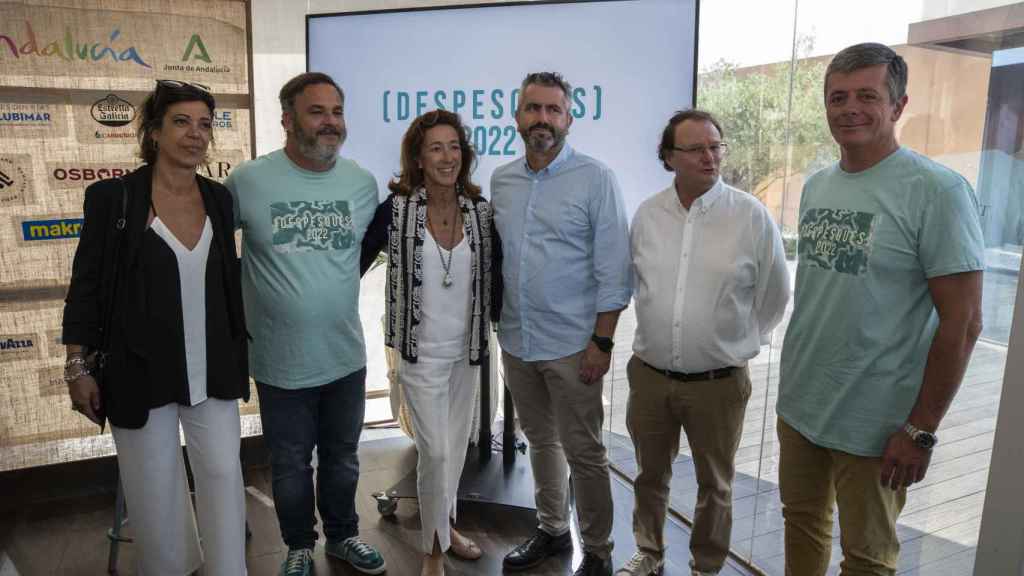 The thematic stages of this edition touch on issues such as the ability to overcome personal difficulties, the exploration of the human being in its essence and a more comprehensive view that goes beyond gastronomy and deepens human capacity, humanity’s commitment to nature and care for the environment, or emotional intelligence.

Chef Del Mar, together with the Aponiente team and Spanish colleagues, plan themed and monographic lunches and dinners, such as dining without utensils, other fish from estuaries, gypsy stews prepared by women from the Santiago neighborhood of Jerez de la Frontera (of which chefs will learn the secrets and techniques of the ancestral cuisine) or a monographic dish of almadraba tuna.