Skip to content
by omeuoraculo.comPosted onSeptember 8, 2022
In the diagnosis of this disease, an important role is played by neonatal screening, which has been mandatory since 2007, after the sanction of National Law 26,279 (Getty Images)

The Cystic fibrosis (CF) It is a genetic, chronic and progressive disease. It is estimated that around 160,000 people worldwide suffer from it. in South Americathere are more than 10,000 diagnosed patients and in Argentinathere are currently approximately 1,500 patients under observation, according to data from National Registry of CF (RENAFQ).

The prevalence of the disease is still believed to be higher with a insufficient registration of patients therefore, raising awareness of what CF means and the need for diagnosis is the goal of world disease daywhich is noted each September 8.

It plays an important role in the diagnosis of this disease neonatal screening, which has been compulsorily carried out since 2007, after the sanction of National Law 26,279 detection and subsequent treatment of genetic and/or congenital pathologies that are disabling.

It is this examination of newborn babies that allows approx 60% of patients are diagnosed before the first year of life. On the other hand, the disease can also be detected early through fetal screening, said Dr. Gladys Kahl (MN 114.622), coordinator of the scientific section on cystic fibrosis of Argentine Association of Respiratory Medicinetogether with your partner Corina A. Magadan (MN 101 089). 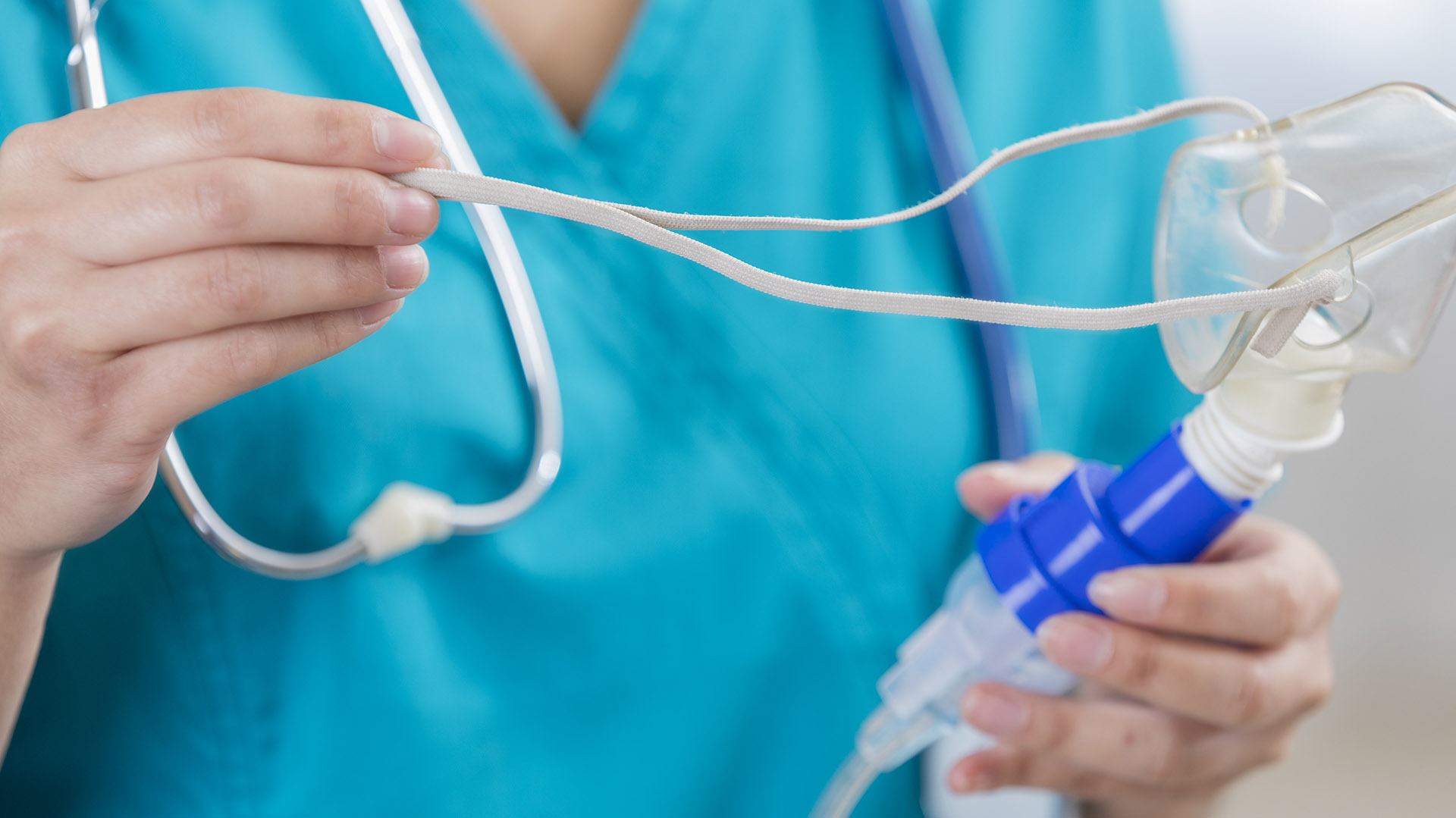 It is known, Kahl said, that 1 in every 40 people in our country is a healthy carrier of the disease (Getty Images)

This scientific organization estimates that between 10% and up to 15% of diagnoses are made in adulthood. In people who spent childhood and adolescence without detection of the disease, it usually appears because they have a milder clinical manifestation. It is known, Kahl said, that 1 in every 40 people in our country is a healthy carrier of the disease. Finding out if you are a carrier is possible through genetic counseling and DNA testing. That way the future parents will be able to know if both are healthy carriers.

Although to date There is no curative treatment for this disease., early diagnosis allows appropriate interdisciplinary treatment, which makes it possible to improve the morbidity, quality and survival conditions of patients. In recent years, scientific progress has been encouraging, great progress has been made in the knowledge and treatment of the disease, the creation of specialist multidisciplinary units and new therapeutic modalities which now mean that a higher percentage of our patients are in adulthood, ceasing to be extremely childhood disease.

For this reason, it is very important to have access to the latest treatments, such as novel CFTR protein modulators that represent a significant improvement in the quality of life for people with CF because they slow the deterioration caused by the disease before it is irreversible, Kahl said. 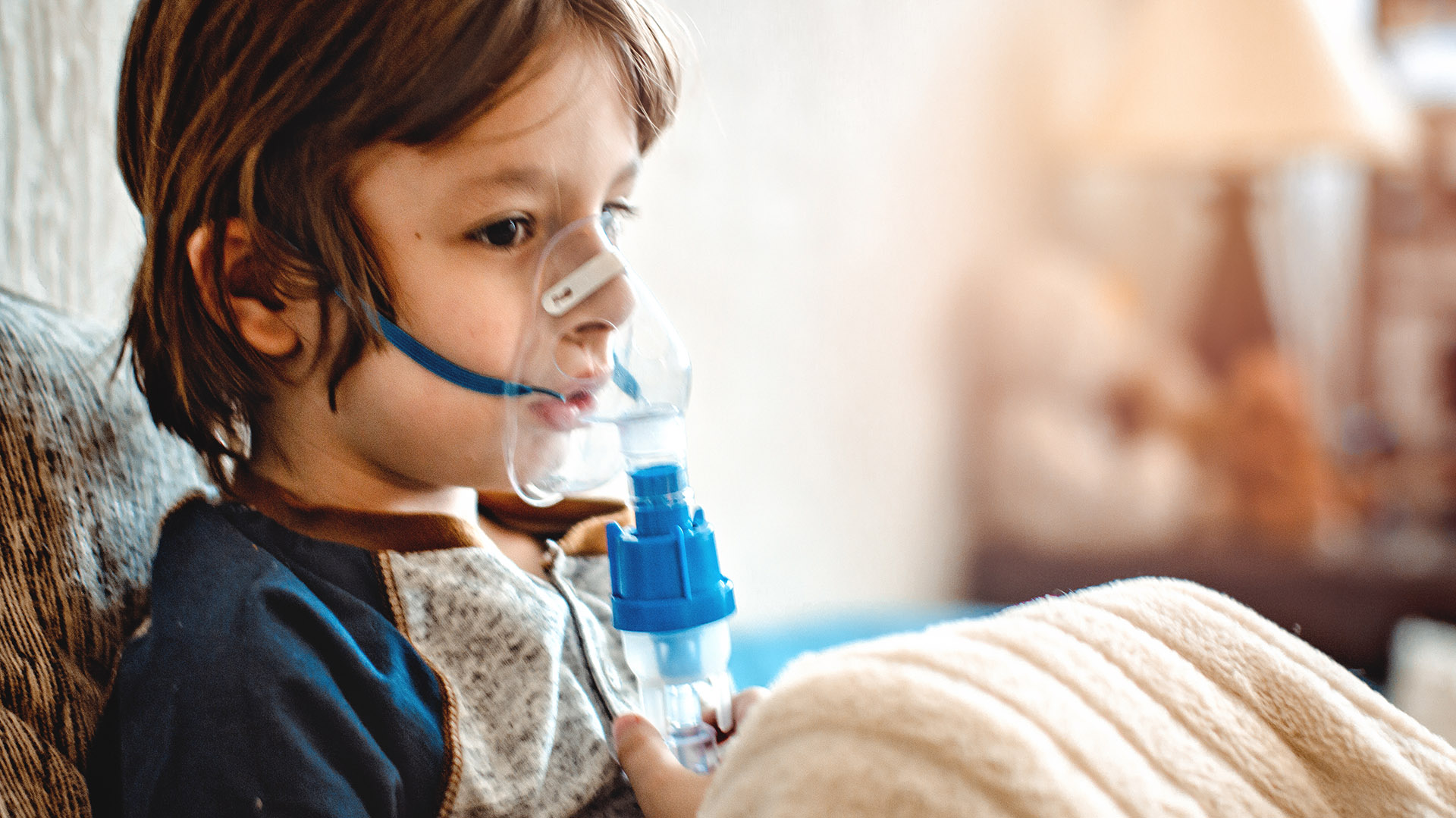 The new treatment gives to patients a chance for a future never seen before, the possibility of restoring part of the lung function lost with the progression of the disease and delaying the last treatment alternative, whether lung or combined transplantation.

As of October 2021, the pharmaceutical company Gador is the first Argentinian laboratory to offer triple therapy for patients with cystic fibrosis. The national drug has the approval of ANMAT. As for the safety assessment, it is allowed by the national regulatory agency with a Risk Management Plan (a set of activities and interventions designed to identify, characterize, prevent or minimize the risks associated with medicinal products), which includes the follow-up of treated patients with CF.

It is indicated for patients over 6 years of age and weighing 30 kg or more who have at least one DELF508 mutation in the CFTR gene or a response mutation. Approximately 90% of cystic fibrosis patients can benefit from triple therapy treatment.

The most important thing in the future will be to find a treatment for all patients and finally a curative treatment. There is still 20% of the CF population that cannot benefit from any of these treatments modulators due to their mutations, although several lines of research are open in search of an effective therapy. 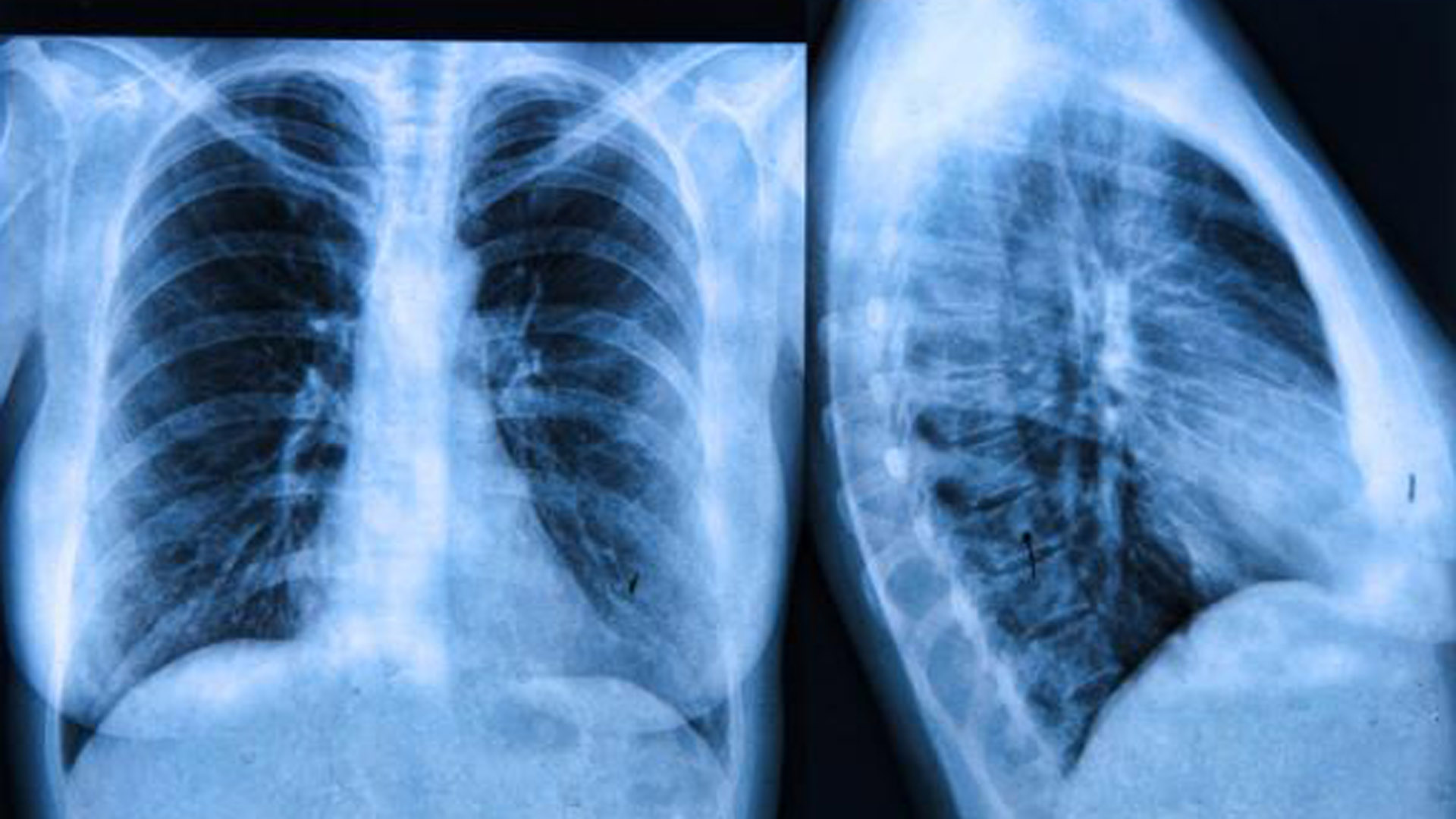 CF is a multisystem disease classically characterized by a triad of pulmonary (bronchiectasis and recurrent infections), pancreatic (exocrine insufficiency), and pathologic sweat tests.

It is essential that, control and tracking accompanying the patient and his family after diagnosis by multidisciplinary disease teams. Follow-up every 2 months is recommended, with a physical examination, nutritional assessment, spirometry, saturometry, and patient sputum culture.

Agustina Galvez is 23 years old. He has lived with intense symptoms since birth and considers the disease “a way of looking at the world and questioning it.” At 4 years old he said infobae, He went to school “with a line in his hand” and his friends asked him what was wrong, but he did not know what to answer. At the age of 15, in a stage of adolescent rebellion, he missed a step in treatment, told his doctor that “I was fed up and didn’t want to know anything else.”

“Cystic fibrosis was a diagnosis when I was born and even long before that that functioned as judgement. A doctor bowed his head and told a mother and father that their son or daughter would not live, they would only resist for a few years,” he said. He also assured that he had less difficulties than other people with the same disease because he is from the middle class and lives in the federal capital. “Because there are people who live in provinces that don’t have cystic fibrosis centers or specialists and have to travel to Buenos Aires, Santa Fe or Córdoba to be treated.” Agustina assured that “a medicine that a year and a half ago was dedicated to partially correcting the genetic defect that generates the disease,” changed her life, referring to triple therapy.

Jasmine Samek Ruiz She is a tango dancer and has been dancing with her partner since yesterday Matthias the Persian, on Tango World Cup. Both are triple champions of this dance in their hometown, Pinamar. She said it wasn’t until she was 6 years old that she was diagnosed with CF. 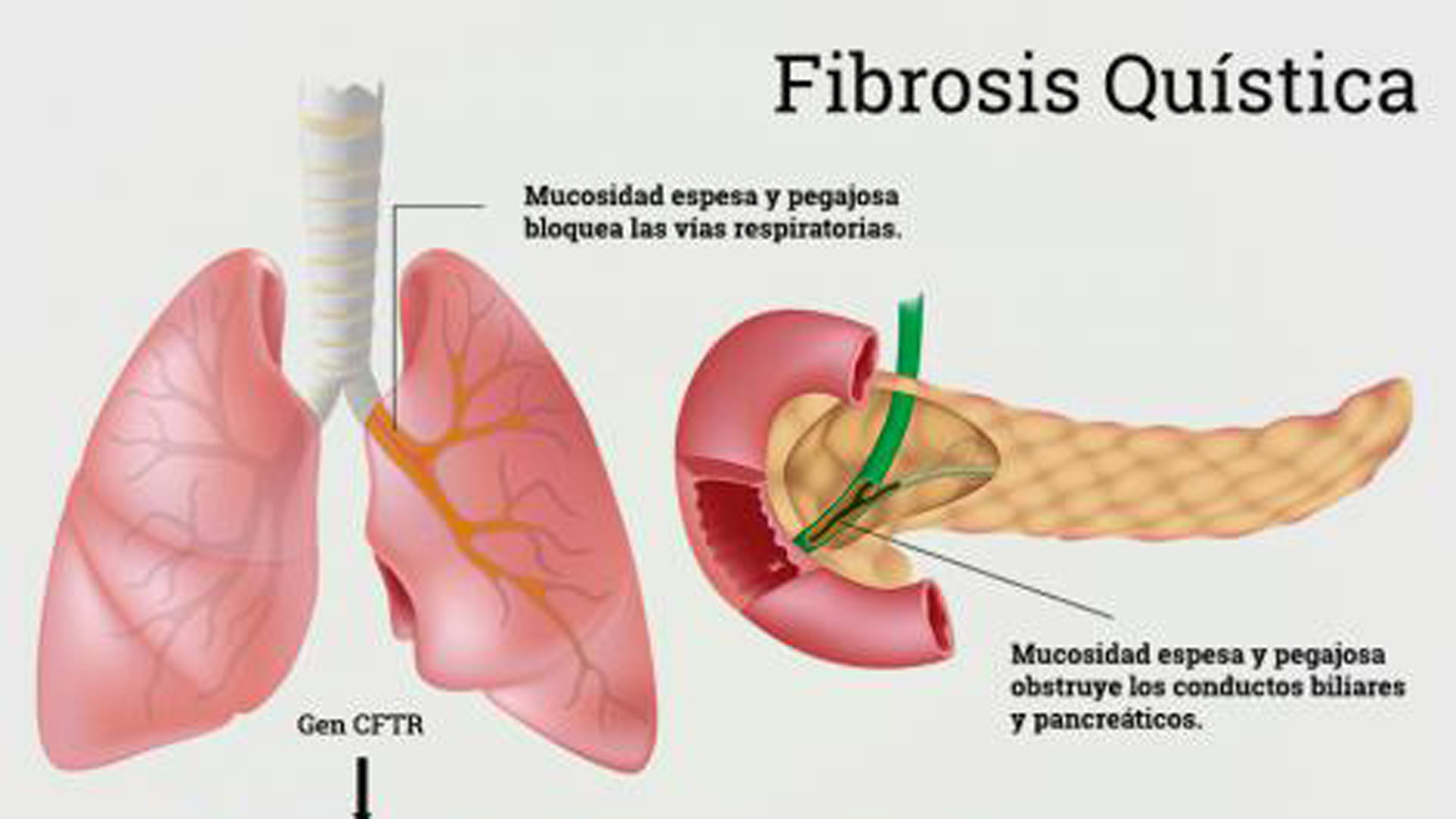 CF is a recessive inherited disease, and both parents must pass on the CF gene for their child to be affected.

CF, Jasmine said Infobae: “I’m not digesting food from my digestive system; my pancreas does not work because it does not produce the enzymes, but by taking the necessary drugs and providing enzymes from the outside, I can absorb it. I have to take pancreatic enzymes, vitamins, and in the respiratory part, my lung, my body, generates much thicker mucus than a healthy person. The lung generates mucus and does not clean itself.

Talking about his day-to-day, he added: “Every day I have to clean my lungs in the morning, afternoon and night depending on how I feel and also do physical exercise to give them oxygen and impulse to be able to regurgitate everything that happens. Unfortunately, this is a progressive disease, so everything we try to clear up is never completely cleared up. I also have cycles of antibiotics to kill all those bacteria that change, mutate. So I always take different antibiotics,” he said.

In Argentina, from 2020, by decree No. 884/2020 was regulated Law No. 27,552 giving a legal framework at national level for the rights of cystic fibrosis patients. The main advantage of this law is that it provides a comprehensive approach to patients Rare diseases (EPoF) for both pediatric and adult patients. Through it, the system for protection, health care, work, education, rehabilitation, social security and prevention of people suffering from this disease is created.

Cystic Fibrosis: how the treatment works, what marks the before and after in the lives of patients
Cystic fibrosis: keys to understanding the importance of comprehensive treatment
Cystic fibrosis: the rare chronic disease that affects several organs