In countless museums around the world, we can see outstanding artists and their masterpieces, but it is not unusual for some of these works of art to disappear, considering their monetary value. This is also the case with the paintings of the world-renowned Dutch artist Vincent Willem van Gogh, who worked within the Realism, Post-Impressionism and Neo-Impressionism art periods and created significant paintings such as “Starry Night”, “Twelve Sunflowers in a Vase” and “Rosebush”. bloom”. To address Van Gogh’s missing works, two University College London PhD students – Anthony Burahead (UCL Queen Square Institute of Neurology) and George Kahn (UCL Space and Climate Physics) – are working on restoring them through additive manufacturing. This led to the creation of a replica of a Van Gogh painting in collaboration with the artist Jesper Eriksson.

Since 2019, Bourached and Cann have been working on this project, which is called “NeoMasters” and deals with the restoration of lost works of art. In this case, the two PhD students are working on a piece called “The Two Fighters,” which shows two fighters engaged in battle against an abstractly rendered background. In this case, it is a restoration of the painting, because Van Gogh painted over this image, which was painted on canvas, about 135 years ago, to make a flower painting. Various technologies were used for this process: X-rays to see through each layer of paint, artificial intelligence to be able to perceive Van Gogh’s painting style, and finally, 3D printing to allow the final masterpiece to be reconstructed in the first place . place. 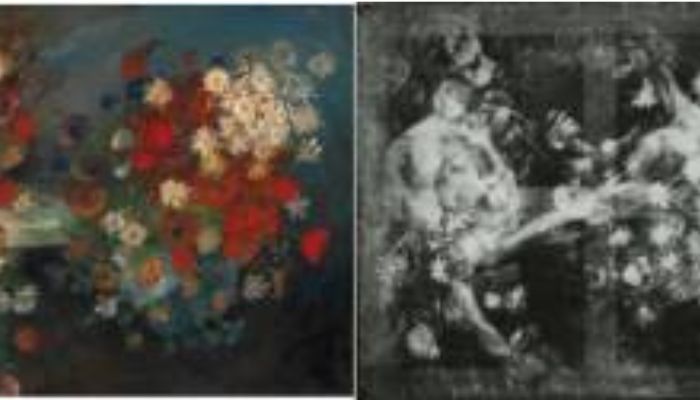 How Van Gogh came back to life with 3D printing

The first time the painting of two fighting souls was discovered in 2012, when experts from the University of Antwerp (Belgium) inspected the visible painting titled “Still Life with Meadow Flowers and Roses” and wanted to check whether it was an original by Van Gogh or fake. X-rays have already been used to verify the authenticity of paint layers. This is when art experts were able to see for the first time other layers of paint, as well as the figures of the fighters, which were previously painted by Van Gogh himself. The fact that the wrestlers are also a genuine painting by Van Gogh became evident, especially from the strokes and pigments that corresponded to Van Gogh’s typical features. A quote written by Van Gogh himself in a letter to his brother Theo in January 1886 also confirms this: “This week I painted a large picture of two bare upper bodies, two wrestlers… And I really like doing it.”

How is the reconstruction process going?

Specifically, the process developed by Bourached and Cann to recreate the artistic masterpiece involves a series of algorithms that identify individual edges and create outlines of the depicted figures from the resulting X-ray images. Then a neural network was created – a branch of artificial intelligence – which, based on countless works by Van Gogh, analyzed all the details, such as brush strokes, details, contours, but also colors, and was thus able to predict them. . To bring the masterpiece to life, the team used a 3D printer. The research team did not disclose what technology the PhD students used. However, the Van Gogh painting is not the only restoration for the University College London team: in 2021, the team is already working on the image, then repainted, of a naked woman hidden under the painting “Banquet for the Blind”. » by Pablo Picasso. 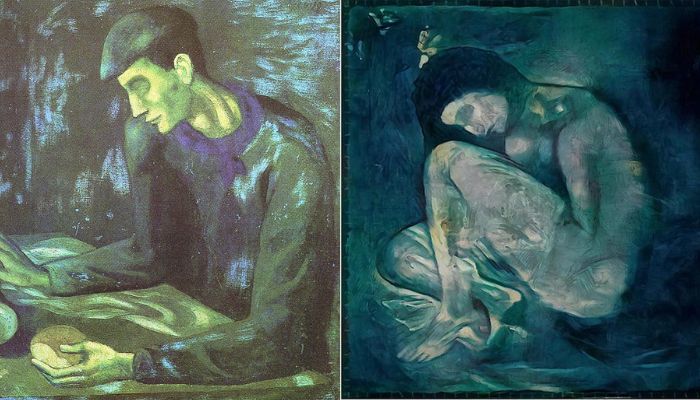 What do you think of this Van Gogh discovery and reconstruction? Leave your comments on our social networks: Facebook, Twitter, Youtube and RSS. Keep up with all the 3D printing news in our weekly newsletter.