It is very common when talking about issues related to the problems of Cuban families that someone mentions how complicated they are adoption in Cuba. In this sense, it is often perceived that it is practically impossible to adopt a young child, that there are couples who spend years on the adoption “lists” and who never achieve their dreams, among many other difficulties.

Much can be written about the myths and realities regarding adoption, but today we will refer to basic elements and novelties introduced by the Family Code about this issue. First of all, it is important to understand the nature, scope and purpose of this ancient legal institution which is nothing but: The protection and family and social integration of children and adolescents to guarantee their right to live in a family that cares for their well-being and overall development.

Adoption is one source of sonship. It is effected by a legal act which gives rise to adoption, which, when recognized in the appropriate judicial process, enables a boy or girl to become the son or daughter of the person or persons who, fulfilling the established requirements, they legally undertake to fulfill the whole content of parental responsibility and who or whom they recognize as their mother or father.

Therefore, from that moment the parental relationship begins with the same consequences as the blood relationship, with the exception of the prohibitions provided for the formalization of marriage and the instrumentality or recognition of the affective de facto union due to consanguinity. This is clearly stated in articles 19 and 93 of the new code on the consequences of adoption. that’s why its revocation is not possible once it is resolved, as it is not possible for a consanguineous mother or father to abdicate their responsibility as such.

If this adoptive mother or father does not meet the content of parental responsibility, they can be temporarily removed or deprived of it, and if they die, the ties of kinship with their relatives continue. Only re-adoption terminates an existing adoption.

What are the novelties of this institute in the new code compared to what was regulated in the Family Code of 1975? 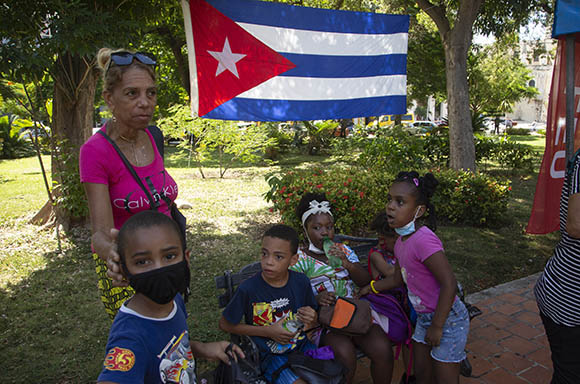 The purpose of adoption is protection and family and social integration of children and adolescents to guarantee their right to live in a family that cares for their well-being and comprehensive development. Photo: Ismael Francisco/Cubadebate.

For this reason, the Family Code in its article 192 provides for the possibility of mothers or fathers being deprived of parental responsibility by the competent court, when, in relation to the daughter or son, placed in a social assistance center of the national network, they do not fulfill their obligations through obvious and systematic neglect and without reasonable cause for one hundred and eighty (180) days.

The Family Code recognizes the right of children and adolescents to know their identityThis is established in Article 91 in paragraphs a) and b), when it is stated that adopted persons have the right to know their biological identity and their origin and access to the adoption file as soon as they acquire full legal capacity in accordance with the norms that in this matter is established in the Civil Code or in those that supplement it.

This means that if an adopted person is reunited with their parental relations and they accept them, they may have ties, even affective ones, but this does not mean that they will be legally recognized, since for all legal purposes consanguineous and consanguineous relations are those obtained by adoption.

Another new problem is that Article 99 a) provides possibility of handing over the girl or boy from the parent or from the parent in cases that occur due to the death of the first or by mutual consent of bothat the time of their birth and always before their registration, through an informed consent in which they agree to give their son or daughter for adoption, following all the procedures established for this purpose in the relevant institutions, which in this case they would be MINSAP and MINED .

This declaration must be made at the time of the child’s birth and before its registration precisely because, by not being legally recognized as a son or daughter and signing the informed consent for adoption purposes, this biological mother or father does not assume parental responsibility. , that is, it does not imply motherhood or fatherhood with all the content and responsibility that implies.

It also allows after the period fixed for this act of voluntary birth to become effective, i.e. after 180 days, the adoption process can be granted directly without first having to go through the process of deprivation of parental responsibility.

The requirements to be met relate to being the biological mother or father and those specified by the health and education authorities in relation to the procedure to be followed for the birth certificate by signing a document that will reflect consent informed. This is “informed consent” because the person expresses their will about the action they are about to perform, but fully informed of all the consequences and effects it has.

With this regulation, it is envisaged that persons who do not wish or do not have the conditions to face motherhood or fatherhood, before recognizing the son or daughter, give their consent for it to be adopted and hand it over to the health facility where it was born for the transfer in a center for social assistance at the Ministry of Education. However, they will have 180 days to reconsider their decision and maintain it, after which the relevant adoption process can begin. This prevents the abandonment of newborn boys and girls in unsafe conditions, such as a gate, park or garbage tank, which constitutes the crime of abandonment provided for and punished in our Penal Code.

We must be aware of the differences between the expression of will provided for in section 99 a) explained above and that provided for in sub-section b) which already exists in the 1975 Code and that it includes the birth of a son or daughter previously recognized to a specific person with the aim that this person is the adopter. The latter is the well-known direct adoption.

In the case under Art. 99 a) the transfer is to a health or educational institution, not to a specific person, so in this case the adopter cannot be selected.

In the case of Article 99 b), the person who wishes to be the adopter is explicitly identified either in a notarial deed beforehand or directly in the legal adoption process. In this case, anyway, the adoption is resolved in the court process, that is, the court accepts or not that the chosen person can be the adoptive mother or the father. This will depend on whether the proposed adopters meet the requirements laid down in the code itself to be such and which are provided for in Articles 100, 101 and 102.

With regard to the maintenance of the relationship between parents and consanguineous son or daughter, this will be possible outside the law, since, as a full adoption, those who assume motherhood and paternity for all purposes, in an identical manner to consanguinity. the adoptive parents.

In practice, such situations occur, for example, in direct adoptions between relatives. For example: a mother who gave her daughter for adoption to her sister, as soon as the court allows it, that sister becomes the girl’s mother, and she, the biological mother, becomes the girl’s aunt. They can keep the entire relationship, but legally it will be an aunt-niece relationship.

Something similar happens if a person gives their daughter up for adoption to their court-authorized best friend, all legal parental blood ties are severed and that girl becomes that best friend’s daughter. The biological mother can have relationships, but they will not be protected by the law.

In this work, we have tried to briefly review the main innovations of this long-standing legal institution, which does not aim to fulfill the dream or satisfy the ego of a person or couple to have an “ideal” daughter or son, but instead projects itself into the needs of children and adolescents and their right to have a family, regardless of its form of organization, which provides love, protection, security and care. 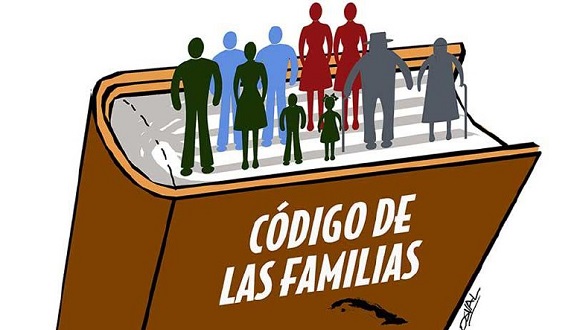