The dynamics of war create scenarios where ethnic peoples lose their cultural traditions, in Bojayá, Chocó, a territory where black and indigenous communities preserve their cultures; sometimes; the methods of transmission of ancestral knowledge based entirely on oral tradition were interrupted.

In order to restore this orality in Bellavista, Bojayá, a group of women decided to restore the children’s games of the ancestors and traditional medicine, which were an instrument of resistance against forced recruitment and suicides, because through them the boys and girls in human values ​​, thus the association was born of Bellavista’s resilient women “MUREBE”.

María Eugenia Velazquez, coordinator of this group of women, confirms that her goal is “for children to play and not focus on technology or violence”, a task that they have been offering since 2016 and which they plan to spread to all corners of the department Choco.

She has been involved in the organizational processes since 2002, after the massacre in Bojayá: “when we were displaced in Quibdó, I had to go around the neighborhoods to look for the people who were not getting the help because we didn’t know where they were” , that’s how it turned out. the leadership him from adversity, like many in this municipality.

After her return, she got involved in these processes where she started to accompany the young people in different spaces as a caregiver “after we came back, the priests created the youth groups and called me when they had outings so I could accompany them”, she said the coordinator.

This made her fall more and more in love with the teaching methods, which today lead her to lead an initiative that transforms childhood and adolescence in Bojayá, where between 2021 and 2022 there have been nine suicides and eight failed attempts, all among young people. , according to data from the local health directorate of Bojayá.

“In 2016 we were playing bingo in the hallway and saw some kids playing with wooden guns and at that time ICESI University was visiting us and we came up with the idea to explain the situation to them and ask them not to support them. with the creation of a project to save traditional games, they accepted and from there “MUREBE” was born, says María Eugenia. 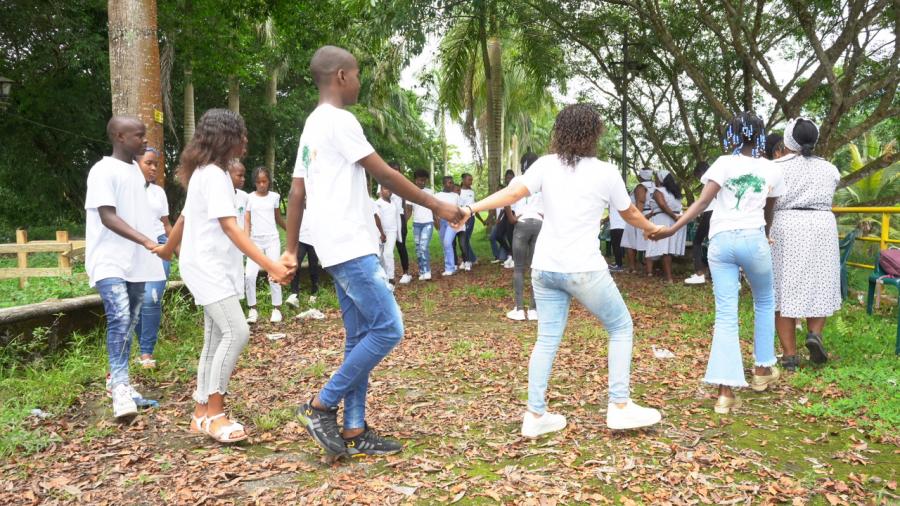 What they are looking for is for the children of the commune to resume those traditional games that allowed past generations to have a life away from the armed conflict that interrupted the transmission of knowledge, making people lose hope for a better tomorrow.

María Eugenia Velásquez wants ancestral games to be the center of youth development in Chocó “we work with traditional games and medicinal plants because they are cultures that are being lost in our environment because the children, we don’t know if it’s technology, but they those who played the grandparents are no longer playing and that is what we want to save; play with them to get the violence out of their minds,” he says.

The games were chosen for their narrative features and contribution to African and indigenous culture, they are those that mix music, dance, song, poetry that mention nature, culture, roots, protection of the territory and field work “the games that we on which works are: Viron, Viron, Viron, Yucca Appetizer, Freedom, Tongolita, Charred Compadre, Carbonerita, Little Ring, Spiny Mouse, Lead, Burnt, Blind Hen, Kokorov, Modest, Goat I came out of your garden, the cat and the mouse, the black chicken, a candle in the old house, the angel and the devil; which are the games that our grandparents taught us and that never made us think about war,” he adds. 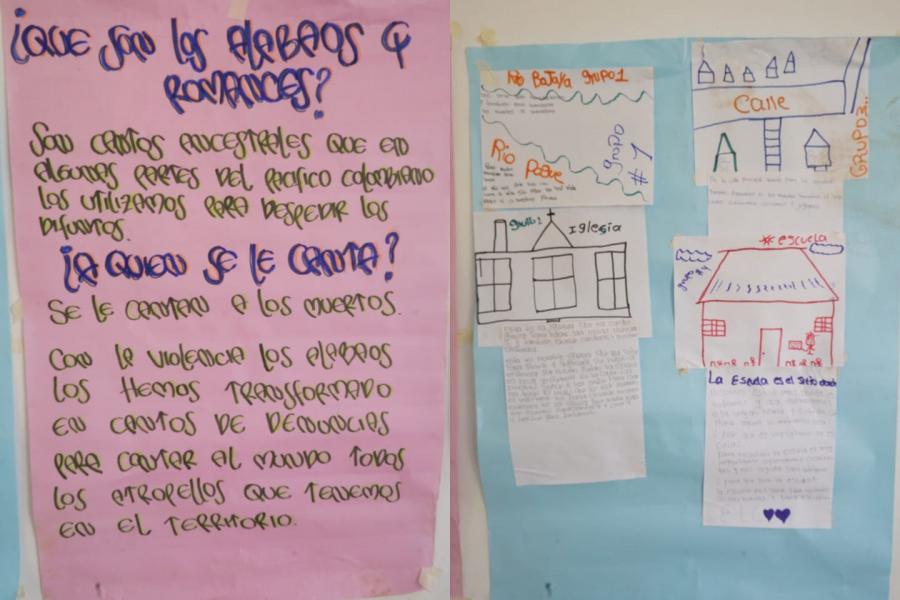 The work started in Bellavista in 2017 and since then they have alternated training with work in the field for María Eugenia, this has allowed them to remain active, although during the pandemic the work was little but profitable “we did the first activity on December 8, the day of the candles, we gathered all the children from the sector and socialized and made propaganda”, he says with a smile.

She settles into the plastic chair where she is sitting and continues her story “those from ICESI University come twice every year on average, mostly to celebrate May 2nd; at that time they take the opportunity to teach us and then we repeat this with the boys and girls,” she says.

In May 2022, together with the alabaori group from Pogue, they worked on the project “Models of local and rural justice” with the boys and girls of this corregimiento (Pogue), who are part of the alabaos hearth, in the appropriation of ancestral medicine and traditional games “in our cities our ancestors die and we don’t know which herb is good for stomach aches or which herb is good for fever, all of that is what we want to restore with the boys and the girls connect them to the territory,” he adds.

Traditional medicine has been a banner of ethnic peoples, encouraging rooting in the territories, when a boy or girl is born, they plant their navel together with a plant and are instilled with traditional herbal preparations and ancestral knowledge, making them part of the territory itself “this is our land and we must love and protect it,” he says firmly.

They dream of having their own place where they can carry out the activities because the lack of suitable conditions makes it difficult for them to work “now we have a project to build a house and a garden where we can plant the plants and from there work because we are already training in the development of medicinal products with plants,” points out María Eugenia.

Another dream of his is to extend this work throughout the department of Chocó, which is why he is preparing a primer with which he plans to reach the most remote areas; overcoming the barrier of geography and trusting in the transformative power of reading.